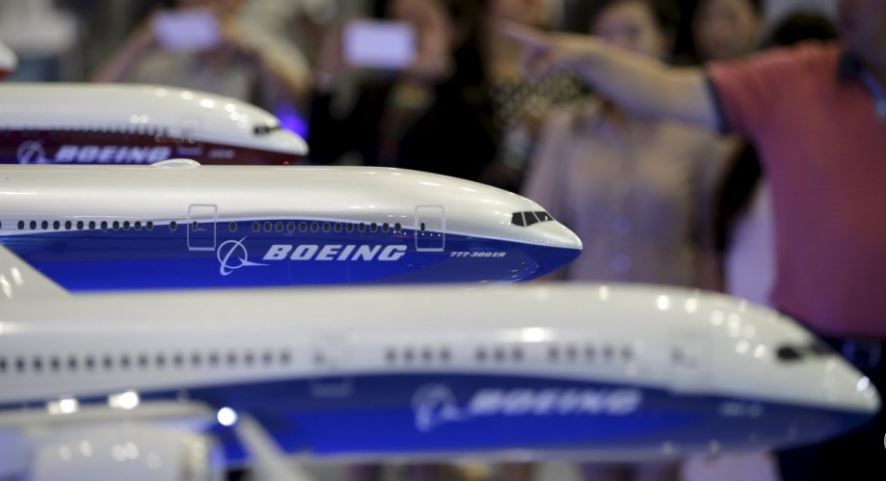 The American aircraft manufacturer has been talking to Washington and Beijing about the “mutual benefit” the two countries enjoy from free trade.

Speaking during the Association of Asia Pacific Airlines annual summit in Jeju Island, South Korea, last week, Randy Tinseth said Boeing had been emphasizing this point to both sides.

There is plenty at stake for Boeing, which expects to do business totalling US$1 trillion with China over the next 20 years.

“You can imagine, we are the largest exporter in the US,” Tinseth said. “Eighty per cent of what we build, we deliver outside [the country], so having open, free and fair trade is very important us.

“Frankly, we have a lot of partners in China. Every aeroplane we build has parts and assemblies from China, so we continue to emphasize that relationship.”

Despite the trade war, Boeing has continued its partnership with Chinese airlines, and last year 30 per cent of the company’s business went “to customers directly, or through leasing to Chinese carriers”.

As for many businesses, a prolonged trade war would be bad news for Boeing, which alongside its suppliers and customers in China, is investing in an aircraft production line on the mainland, the first outside the US.

The company is pressing on with building a factory in Zhoushan, Zhejiang province, home to its first foreign production line for its popular single-aisle Boeing 737 aircraft. Largely built for Chinese customers, the factory is expected to open early next year.

Boeing is partnering with state-owned Commercial Aircraft Corporation of China (Comac) in the project.

Acknowledging there were issues the company “can control and can’t control”, Tinseth said the aircraft manufacturer’s approach was “business as usual, that’s our plan”.

He added that Boeing would press on accordingly as the factory would also benefit Comac and airlines on the mainland.

“It’s a real win-win, so we are going to continue to move forward with that,” Tinseth said.

In a twist to the trade war threat, Xiamen Airlines, exclusively a Boeing customer for three decades, was said to be talking to European rival Airbus about an order for single-aisle aircraft. Backed by the country’s biggest airline China Southern, Xiamen operates a fleet of 170 Boeing planes.

Boeing expects to sell several thousands of new planes to China over the course of the next two decades, with the country expected to leapfrog the US as the world’s largest air travel market in that time.

With all kinds of risk, including loss of business, Tinseth was clear about Boeing’s relationship with its customers.

“We make sure we stay close to our airline customers through this time,” he said. “We are optimistic that we can work through this, but we will just have to see through time.”