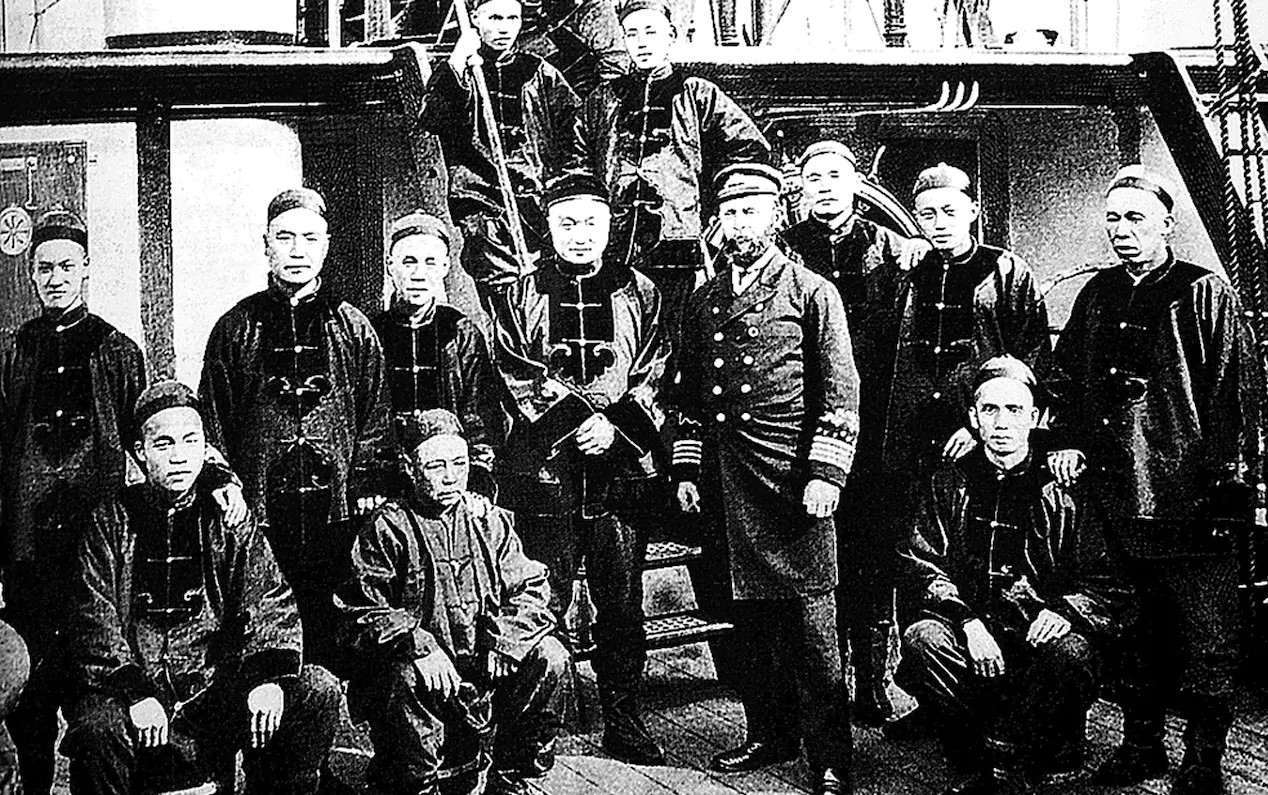 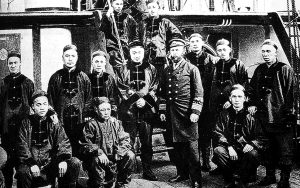 Hands on deck: crew of the warship Zhiyuan CREDIT: PROVIDED TO CHINA DAILY

More than seven decades after their deaths, 31 Chinese sailors who died during World War II were remembered at a ceremony in Liverpool in northwestern England on Monday.

The sailors served on Dutch merchant vessels and died in Britain between 1942 and 1945.

The men were commemorated in a eulogy written by Walter Fung, a council member for the Society for Anglo Chinese Understanding, and read by the Lord-Lieutenant of Merseyside Pamela Brown.

“They have lain here for 70 or more years, largely forgotten and their sacrifice unacknowledged,” Brown said. “We remember their loved ones in faraway China－some of whom probably do not even know that their fathers, brothers, husbands and grandfathers are lying here in a distant land.”

Roel Broer, a manager at the War Graves Foundation in the Netherlands, arranged for the re-installation of headstones at Anfield Cemetery this week.

“I see the impact that World War II still has on people,” Broer said.

The Dutch Navy went into the service of the Allies after the Netherlands was occupied by Germany in 1940. Broer said it’s likely the Chinese sailors enlisted in the then-Dutch East Indies (now Indonesia), which Japan occupied in 1942.

Most of the men served in ship engine rooms while some worked as cooks. At least eight birth certificates indicate the men were born in the same village, listed as Ting Tow Si Pien, near Fuzhou, the capital of Fujian province.