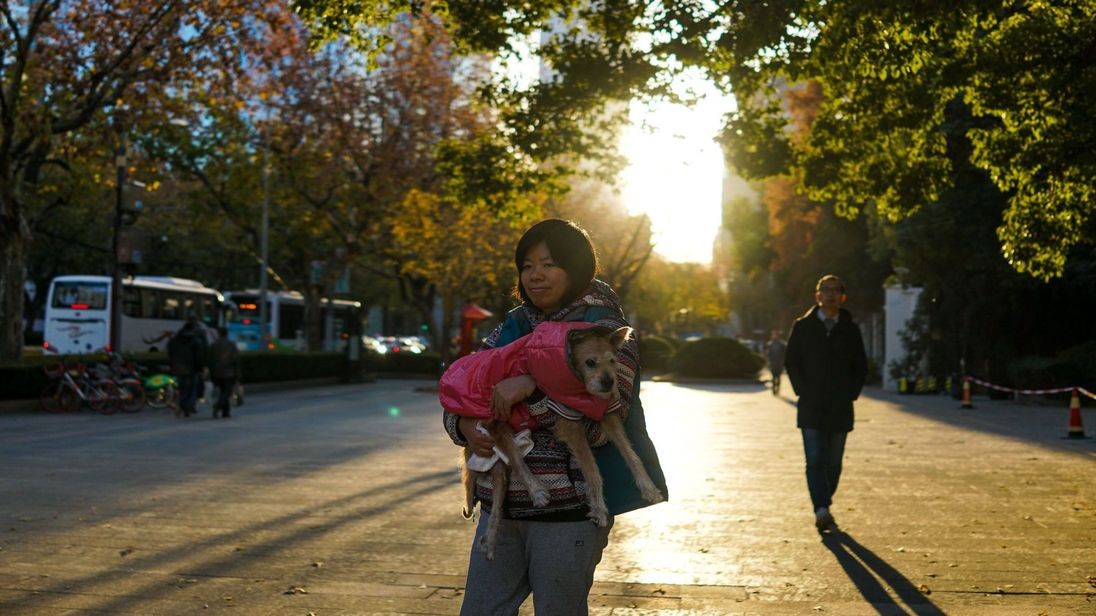 A dog walker in Shanghai. Wenshan has banned dog walking in daylight hours

A city in China has banned pet owners from walking their dogs in daylight hours.

Pet owners in Wenshan will no longer be able to take their dogs out for a walk between the hours of 7am and 10pm, and they can’t take them to parks, shopping centres, sports facilities and other public spaces.

The order appears to go much further than regulations in other parts of China.

Many provinces across China have strict rules on dog ownership, a result of the belief of Communist China’s founder Mao Zedong that they are a “bourgeois affectation”.

In Beijing, large dogs are banned in the city centre, and across the country dog parks are a rarity, with animals often required to stay on the lead.

Wensham officials have also said leads must be no longer than 3ft (1m) and animals can only be walked by adults.

Although dog ownership is growing in popularity, there remain fears in China over wild and unleashed dogs, partly down to the high number of deaths from rabies in the country every year.