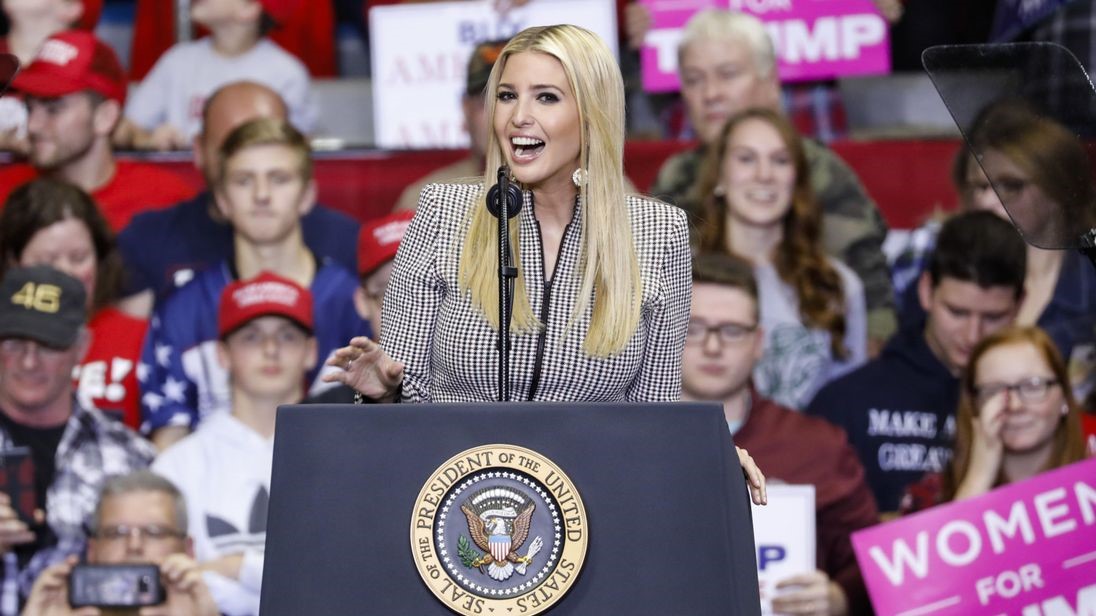 Ivanka Trump has had 16 trademarks approved

Ivanka Trump’s defunct company has been granted 16 trademarks by the Chinese government – including one for “voting machines”.

Donald Trump’s daughter filed the trademark applications while her firm, Ivanka Trump Marks LLC, still existed – but they were only granted in the last two months.

The new approvals include Ivanka-branded fashion accessories including sunglasses, handbags, shoes and jewellery, as well as offbeat items such as voting machines, nursing homes and sausage casings.

US government watchdog, the Citizens for Responsibility and Ethics in Washington (CREW), said the revelation raises “ethics questions”.

The approvals, which bring her total number of Chinese trademarks to 34, come three months after she dissolved the brand to focus on her government activities.

She currently serves as an adviser in her father’s government, though the US president has made comments about her becoming the next UN ambassador.

Two of the new trademark approvals were given to a firm called DTTM Operations LLC, which has its headquarters in the Trump Tower on New York’s Fifth Avenue. They include a Trump-branded restaurant, hotel and bar.

The trademarks will be finalised if there are no objections within a 90 day period.

Mr Trump and his daughter both have substantial intellectual property holdings in China and some have voiced concerns that it paves the way for them to profit when they leave the White House.

In a statement CREW said: “Ivanka receives preliminary approval for these new Chinese trademarks while her father continues to wage a trade war with China.

“Since she has retained her foreign trademarks, the public will continue to have to ask whether President Trump has made foreign policy decisions in the interest of his and his family’s businesses.”

Mr and Ms Trump’s lawyers in Beijing have not yet commented.

According to Associated Press, many companies file patent request defensivel