Latest News
Home News We live in an era of strongmen, we’re often told: tough leaders with the force of will and iron grip to get things done, whether it’s difficult reforms or big infrastructure projects 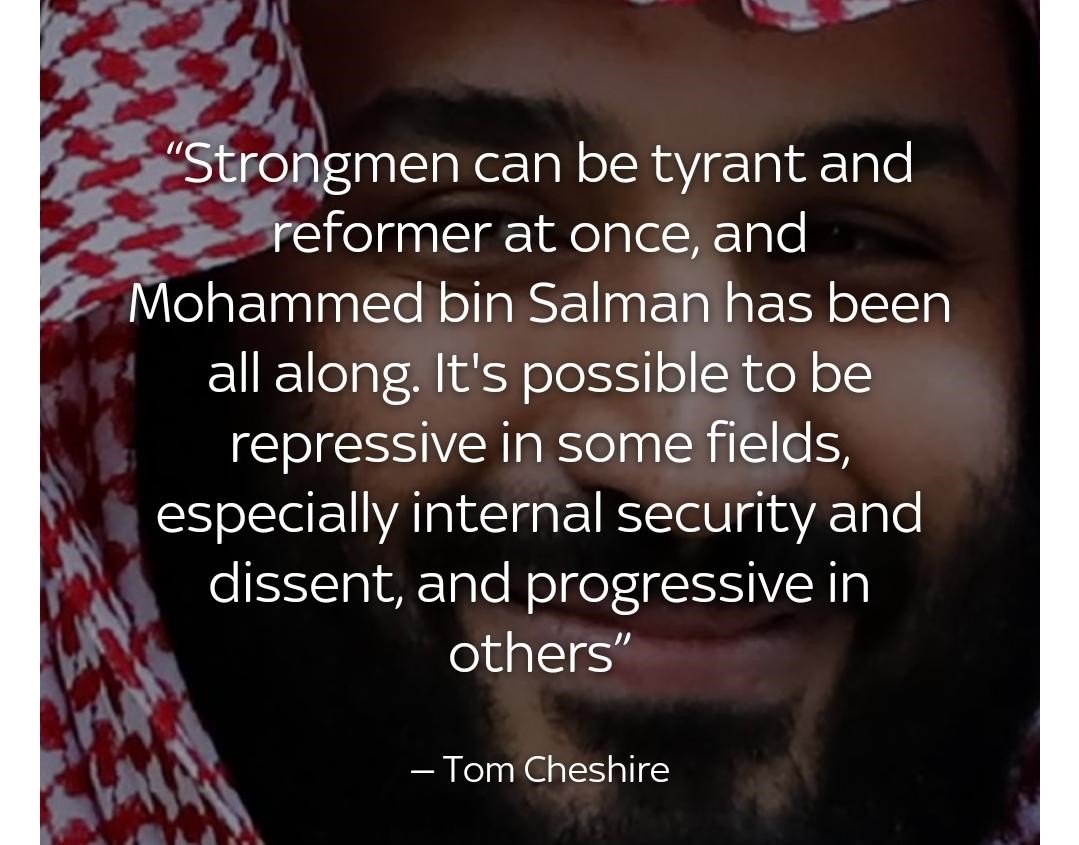 We live in an era of strongmen, we’re often told: tough leaders with the force of will and iron grip to get things done, whether it’s difficult reforms or big infrastructure projects 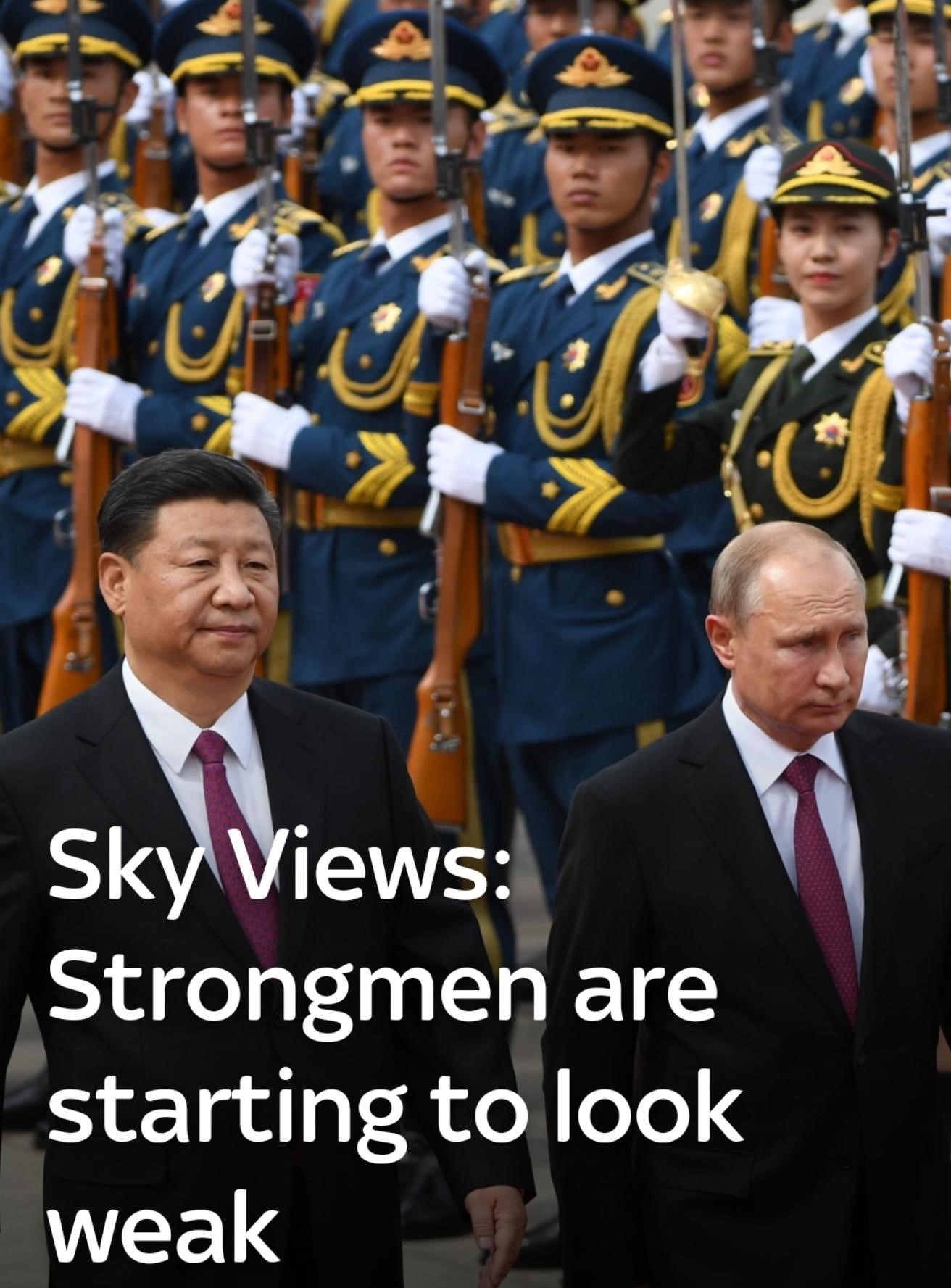 Maybe, though, they’re starting to look a little weak.

The main appeal of dictators, for a certain sort of British person, has been that at least they make things happen.

In the 1930s, it was autobahns and trains running on time. 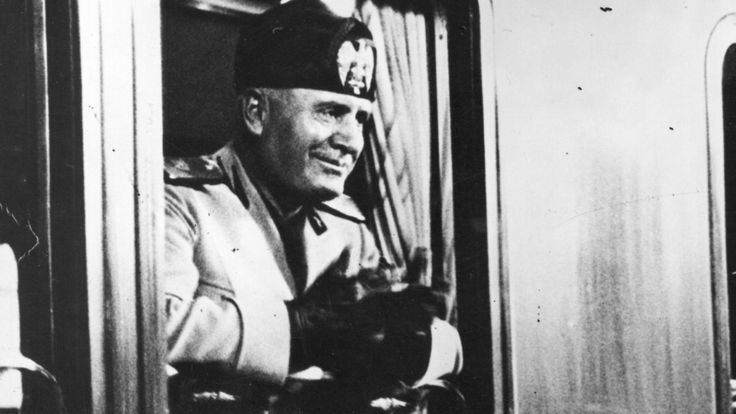 In the 1930s, dictators like Benito Mussolini were admired by some for making trains run on time

In recent decades, we have cast envious glances at China and its megaprojects: subway stations constructed overnight, entire cities springing up fully formed or the world’s largest high-speed rail network being built in 10 years.

Never mind that the Chinese Communist Party doesn’t hold elections, and brutally represses dissent, that runway is the size of Wales!

The latest trap the West fell for was set by media coverage of Saudi Arabia’s Mohammed bin Salman, who prosecuted a brutal war abroad in Yemen, ratcheted up repression at home, but did let women learn how to drive.

The strongmen, though, aren’t looking so strong right now. They’re not even getting much done.

I was struck by this in Zhuhai watching Chinese President Xi Jinping unveil a huge new bridge, connecting Hong Kong to the mainland. 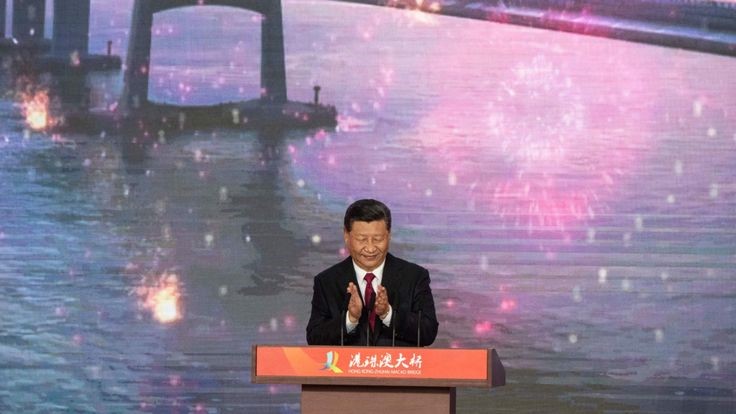 It’s an engineering marvel, no doubt, and five years ago would have been further proof that this was China’s century.

Only an authoritarian government, free from the worry of pesky democracy and elections, could have the long-term foresight to steer its economy to the top.

But it already feels like a relic, albeit a 34-mile-long, typhoon-proof relic.

Under Mr Xi’s tightening control, China is stalling. It was caught unaware by the trade war with the US. Mr Xi underestimated the strength of the US establishment’s resolve, mistaking it for the caprice of Donald Trump. China’s strategy for a long time – perhaps even now, is to hope it will just go away.

China’s economy is also slowing. That shouldn’t be worrying in itself. Its previous growth has been dizzying. Mr Xi himself has called for more sustainable development.

But concerns abound, especially over the heavy borrowing of local governments.

Under pressure from the US, though, Mr Xi is putting off addressing those problems and instead sticking to traditional short-term techniques, thus storing up problems for the future. For a leadership that spins itself as taking the century-long view, it’s making big decisions week by week.

:: Is this the new normal for China – US relations?

:: Is China’s leader Xi Jinping doing a Vladimir Putin by clinging to power?

The disgusting, shaming killing of Jamal Khashoggi has also woken people up to the fact that Prince Mohammed might not be a friend of the West.

But the whole affair shows something else beyond mere depravity: incompetence.

With one reckless, overstretched act, Mohammed bin Salman has plunged his country into its biggest crisis since 9/11.

And this is the great weakness of strongman rule. No one’s right all the time, but dictators think they are.

With no one brave enough (or alive enough) to offer contradictory advice, they make miscalculations and mistakes – and the cost of those mistakes ends up much larger. Initial success or adulation, as in Mr Xi’s or Prince Mohammed’s case, inflates the ego and only makes things worse down the line.

Take, for example, Vladimir Putin, who has gone from apparent mastermind to laughing stock after several botched Russian intelligence operations – another example of overreach.

There’s another mistake we make about strongmen, especially those whose initial reformist trajectory delights the West.

Some have reacted this way to Mr Khashoggi’s murder, saying that it reveals the crown prince’s true character: in fact, he was never a reformer, they say, just another tyrant.

But strongmen can be tyrant and reformer at once, and Mohammed bin Salman has been all along. It’s possible to be repressive in some fields, especially internal security and dissent, and progressive in others.

Deng Xiaoping, the former Chinese leader, is a good example. The unrivalled leader of China after Chairman Mao, it was his decision to send the tanks into Tiananmen Square and brutally crush a peaceful protest.

But he was also the man who introduced reform and opened up China, loosening state control and unleashing China’s economic miracle. Kim Jong Un may be following a similar path in North Korea, trying to pursue economic development while maintaining his totalitarian regime.

We’ll see what happens with Mr Kim. As for Mr Deng, perhaps he had better judgement – or just better luck – than other strongmen.

But the current crop aren’t proving themselves particularly adept. And once you take away the vaunted strongman benefits of reform and infrastructure, you’re not left with much to recommend their rule.