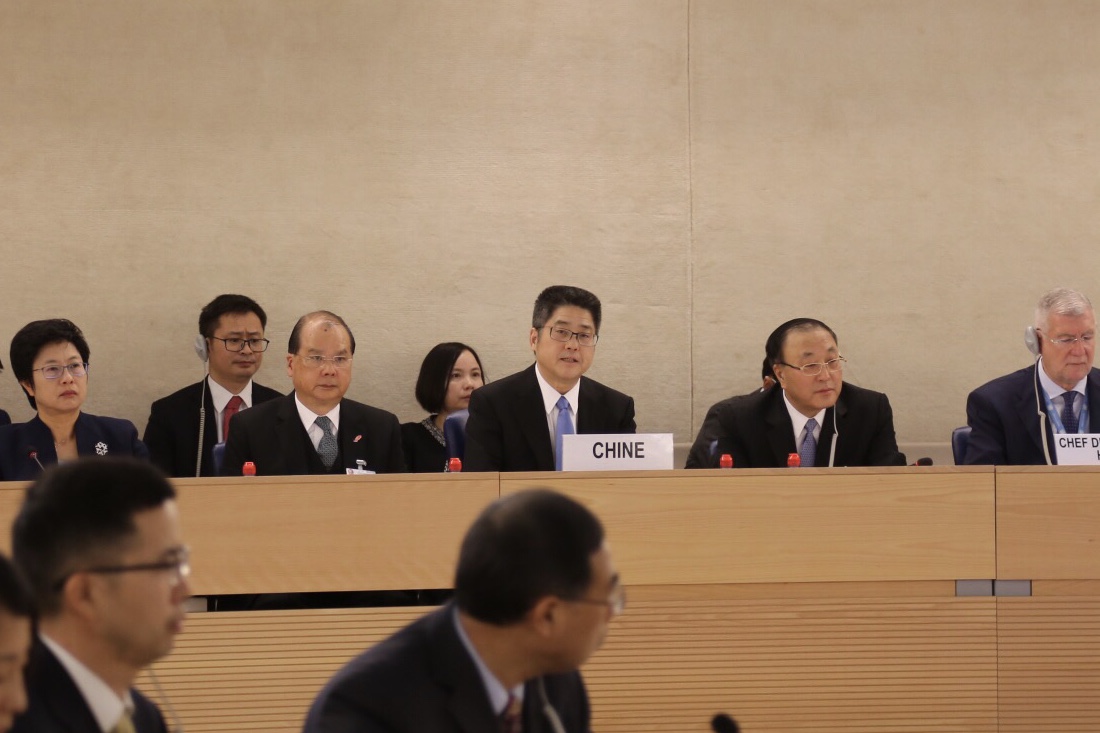 China will take into consideration sincere and constructive advice on the issue of human rights, but firmly opposes vicious and groundless criticism from a tiny minority of people with a political bias, Foreign Ministry spokeswoman Hua Chunying said on Wednesday.

The review followed a visit to Geneva, Switzerland, of a Chinese delegation, led by Vice-Foreign Minister Le Yucheng, with the delegation answering more than 300 questions from 150 countries in an open, candid, inclusive and cooperative way, Hua said.

The review is part of the UN’s periodic review process for every member state’s record on human rights.

“There is no perfection, but only improvement, as far as the issue of human rights is concerned. China is willing to exchange its experiences with other countries with a responsible attitude on the basis of equality and mutual respect in order to achieve common progress,” Hua said at a regular news conference in Beijing.

This is the third UN review of China’s human rights record after earlier reviews in 2009 and 2013.

During the review, the Chinese delegation introduced the achievements China has made in the field of human rights since 2013, explained its view of human rights in the new era and indicated China’s plans for guaranteeing and promoting the development of human rights going forward.

The delegation also announced 30 new measures that China will take for the protection of human rights.

According to Hua, Le said that China has achieved in several decades what it took developed countries centuries to achieve, and more than 1.3 billion people are now living peaceful, free and happy lives without fear of war or of being displaced.

It is undoubtedly the fastest progress in the field of human rights in history, and it is also China’s great contribution to the development of human rights around the world, he was quoted as saying.

On Monday, more than 100 photos and 10 short videos were shown at an exhibition at the UN Palace of Nations in Geneva under the title “Development of Human Rights in the New Era in China”.

Le said the exhibition shows “China has made remarkable progress in promoting the right to subsistence and development”.

Lu Guangjin, secretary-general of the China Society for Human Rights Studies, said, “China has combined the principles of universal human rights with its actual situation, while successfully embarking on a route toward the development of human rights that is compatible with its national conditions.”

Ambassador Farukh Amil, the permanent representative of Pakistan to the UN, said that the exhibition tells an important story.

“There can be misapprehensions and misconceptions on exactly what has been going on in China. So, it is extremely important for China to show its true face and all that is taking place,” he said.

Han Baoyi in Geneva contributed to this story.