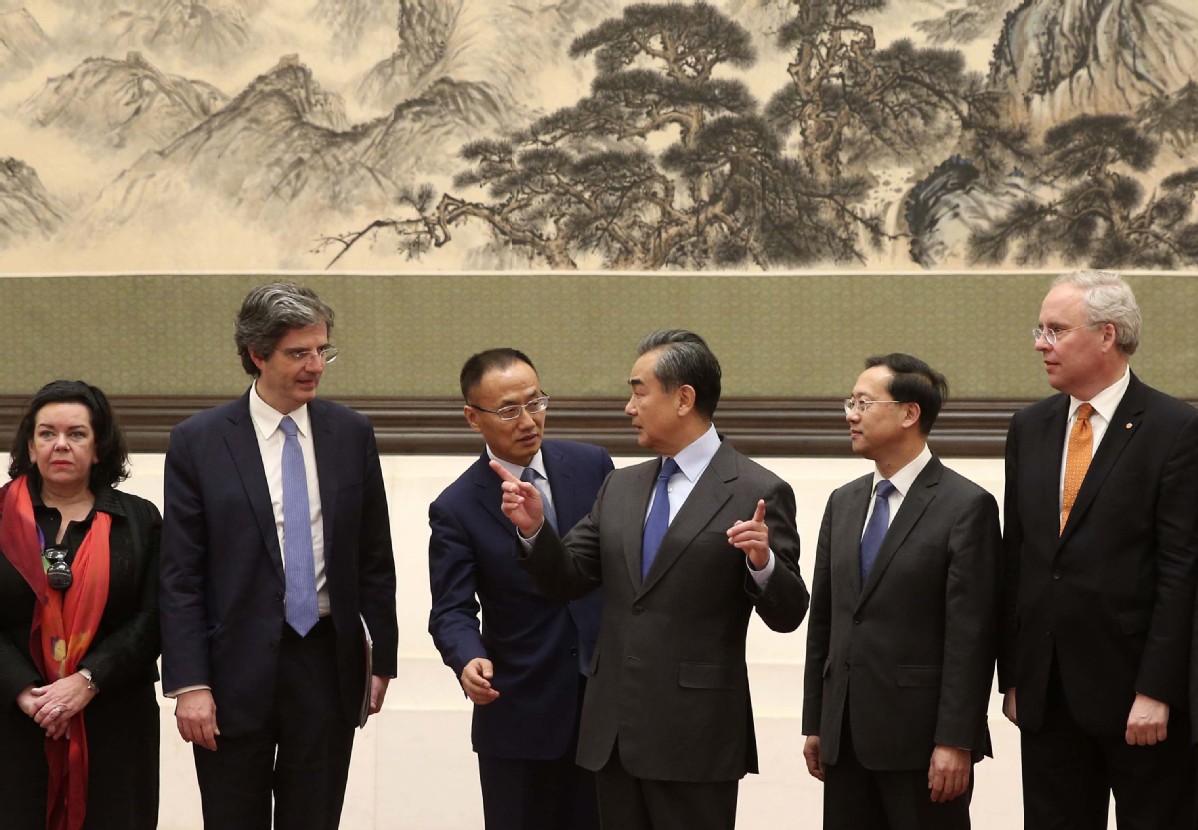 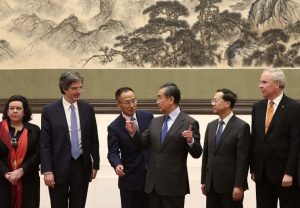 State Councilor and Foreign Minister Wang Yi talks with representatives of the United Nations Security Council and ministry officials in the Great Hall of the People in Beijing, on Monday. FONG YONGBIN/CHINA DAILY

The international community is in need of an even stronger United Nations in the face of rising unilateral actions, State Councilor and Foreign Minister Wang Yi said on Monday.

Wang’s remark came as he met with a delegation of UN Security Council members, who are visiting Beijing as part of events held by China for its council presidency for November.

The UN, as the most representative and authoritative international organization, is a symbol of multilateralism and the core of multilateral mechanisms, he said.

By following the international rules and principles of the UN Charter, multilateralism can enjoy healthy development, he said, adding that it is important to prevent the world returning to the “rule of the jungle”.

The UN Security Council, which has a special duty to uphold international security and stability, should jointly protect multilateralism and international rules, and build a community with a shared future for mankind, Wang said.

China has always done its utmost to safeguard the purposes and principles of the UN Charter in dealing with UN Security Council affairs, and has always based its decisions on the merits of each case, he added.

China will continue to be fair and objective, stand up for justice and righteousness, and play its due constructive role in protecting international peace and security, he said.

The council members are visiting China on a tour focused on the theme of peacekeeping operations. Their itinerary includes visits to China’s standby peacekeeping forces in Beijing, as well as to the cities of Shenzhen and Guangzhou in Guangdong province as the country celebrates the 40th anniversary of its reform and opening-up.

“We hope the (Guangdong) visit can help you relax a bit from the busy schedule of the council, and … to get firsthand knowledge of changes and progress with China’s reform and opening-up,” Wang said.

China is the second-largest financial contributor to the UN peacekeeping budget after the United States, and contributes the most peacekeeping troops among the permanent members of the UN Security Council.