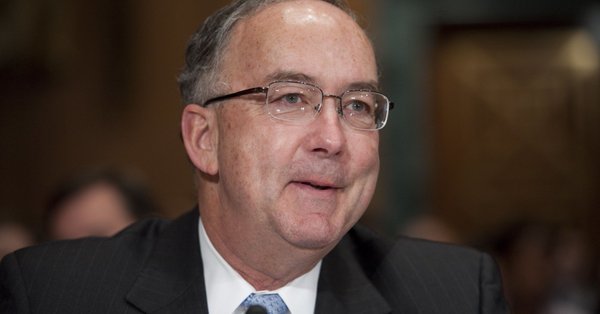 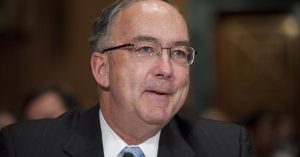 Deere Chairman and CEO Samuel Allen said on Wednesday that his main concern with President Donald Trump’s tariffs is the long-term effects it will have on the supply of agricultural commodities.

“We’re more concerned about the structural changes that it might force on the global supply of soybeans and other commodities,” Allen said on CNBC’s “Squawk on the Street.”

For example, if China were to seek out soybeans from another country like Brazil, those farmers could produce the soybeans quickly, which could lead to an oversupply over a longer period of time. That means the U.S. farmer will continue to be hurt by the tariffs even after they are lifted because of the surplus created by China seeking out substitute suppliers.

A secondary concern for Allen is the farms that are very leveraged and are struggling in the short-term.

Allen, who also serves as the chairman of the Council on Competitiveness, said he believes intellectual property theft by China is a valid issue that should be resolved. But he disagrees with Trump’s approach, saying that he does not think that tariffs make the U.S. more competitive against China and create more friction between the countries.

Instead, Allen favors negotiations away from the eyes of the public.

“There should be discussion with China and its leaders,” he said. “We think that’s probably best done outside of the public forum and done in more private conversations that can lead to more fruitful negotiations.”

Allen pointed to Trump’s strong will and skill set as a negotiator as reasons why he could have more success than his predecessors in private talks with China.

Once again, all eyes will be on Trump and President Xi Jinping at this weekend’s G-20 summit, where the two leaders could broker a truce on trade.

One issue that he does agree with the president on is the Federal Reserve raising rates.

“I think they ought to pause and see if the economy continues to move forward in a robust fashion,” Allen said. “They can always later mete another rate or two increase but I worry if they bring in another rate increase that it may be the triggering event that causes the economy to really slow down and so I would wish they would hold up for a few quarters.”

Allen said that Deere has seen a slowdown in orders because customers are worried about what could happen with rate hikes.

The effects of slowing home sales has not yet hit its construction equipment orders, however, because that equipment can also be used in oil production and fracking.