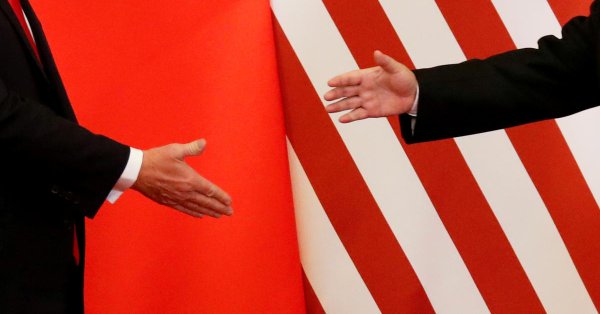 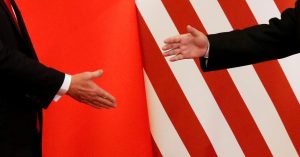 FILE PHOTO – U.S. President Donald Trump and China’s President Xi Jinping shake hands  REUTERS/Damir Sagolj/File Photo
SHANGHAI (Reuters) – China and the United States can reach a trade agreement at the G20 meeting in Argentina this week, the state-run China Daily newspaper said in an editorial on Friday, but Washington must be “fair minded” if it wants to defuse spiraling tensions.

“Beijing wants a deal, just as Washington does. And it is willing to cooperate with Washington in dealing with concerns about trade if they are fair-minded,” the paper said.

“Should there be any other aspirations, such as taking advantage of the trade spat to throttle Chinese growth, then an agreement is unlikely to be reached.”

World leaders started arriving on Thursday in Buenos Aires ahead of the gathering of the Group of 20, where global trade tensions, fueled by U.S. President Donald Trump’s trade war with China, are expected to dominate the agenda.

Financial and commodities markets are closely watching the outcome of the summit, especially a planned meeting between Trump and Chinese President Xi Jinping on Saturday, though the outcome is far from certain.

Trump sent mixed signals on Thursday about the prospects for a trade deal with China, saying an agreement was close but he was not sure he wanted one. China’s commerce ministry said on Thursday it was hoping for “positive results”.

Peter Navarro, Trump’s hardline trade adviser, will attend the meeting between the leaders, a U.S. official told Reuters. Another official said Navarro’s addition was meant to send a message to China about the administration’s resolve on trade. Navarro has advocated a tough stance against Beijing.

The China Daily editorial said even if a deal were struck it was unlikely to be a comprehensive solution to the trade impasse due to “diverging demands and agendas”. It cited tensions over Chinese technological development, a focus of U.S. concern.

“However, it should be feasible for some kind of agreement to be reached to prevent the dispute worsening if both sides are reasonable,” it said.

The rising tensions have seen the two countries hit each other with tit-for-tariffs on goods worth hundreds of billions of dollars in sectors from automobiles to agriculture and energy, stymieing trade and redrawing global supply chains.

The United States has levied additional duties of between 10 percent and 25 percent on $250 billion of Chinese goods this year as punishment for what it calls China’s unfair trade practices, with the 10 percent tariffs set to climb to 25 percent next year. China has responded with its own tariffs.