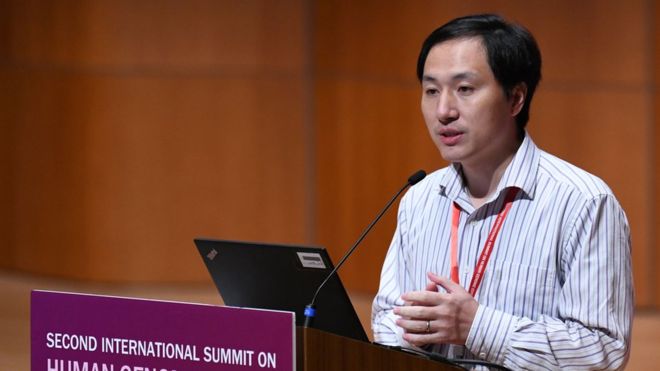 China has halted the work of the scientist who claims to have created the world’s first genetically edited babies, and says it will investigate.

He Jiankui caused outrage earlier this week when he told a genome summit he had altered the genes of twin baby girls so they could not contract HIV.

His statement has not been confirmed, but if true breaks tight rules around the use of gene editing in humans.

Prof He’s university said it was unaware of his experiment.

The Southern University of Science and Technology in Shenzhen said earlier in the week he had been on unpaid leave since February, and it would be investigating the claims.

On Thursday, China’s science ministry said it had “demanded that the relevant organization suspend the scientific activities of relevant personnel”.