Latest News
Home Business Groceries to be next frontier for retail industry in China: report 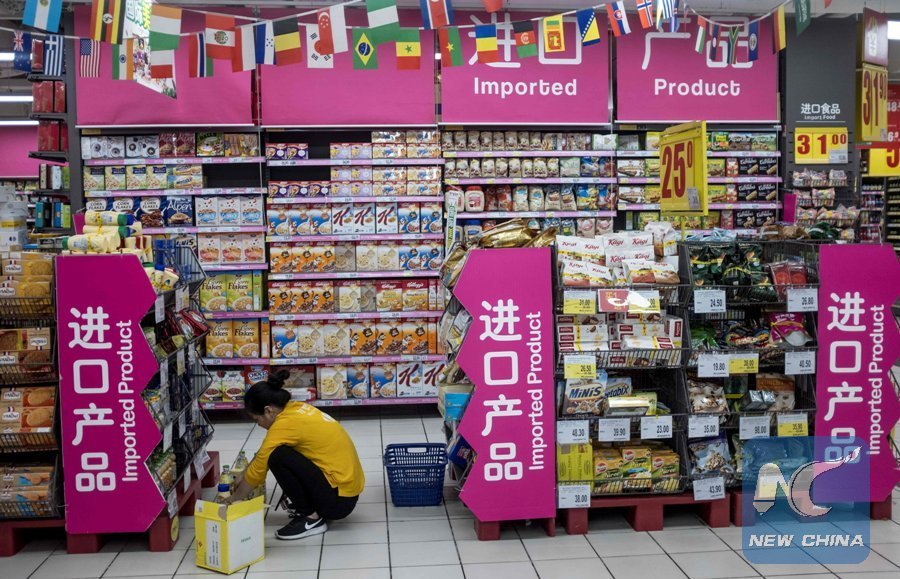 Groceries to be next frontier for retail industry in China: report 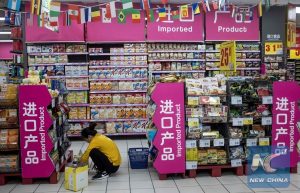 A shop employee sorts products for a shelf of imported foods at a supermarket in downtown Shanghai on April 11, 2018. (Xinhua/ AFP PHOTO)

NEW YORK, Nov. 30 (Xinhua) — Food retail, which is highly fragmented both online and offline in China, will be the next frontier for e-commerce in China, according to a report newly released by Bloomberg Intelligence.

The report named “China leads push into smart retail” discussed smart retail development in China and identified areas of focus in the industry.

The online market share in food retail category is less than 5 percent, and China’s leading internet platforms are focusing on it with strategic investments in the country’s largest grocery chains and plans to integrate online and offline shopping, the report said.

The offline retail marketing China is also fragmented in this category, the report said. According to Euromonitor, a provider of strategic market research, the top five companies accounted for 8 percent of the total food retail market.

“The presence of China’s internet innovators in this space will likely spur industry consolidation over the next 10 years,” said the report.

Shen Li, senior analyst for Bloomberg Intelligence covering the consumer sector across Asia-Pacific region, said groceries is a natural area of growth because there are more opportunities to grow in a relatively small market.

Also the lead analyst for the report, Li added that being able to touch the consumers every day and collect data for other uses is another reason why companies will seek development in the area in the future.

According to the report, China’s internet giants have been changing how consumers shop for food since 2016 when Alibaba launched its Hema Fresh concept. The store offers freshly cooked food from produce it sells and integrates the online and offline experience through mobile app. Other retailers followed suit.

In addition, Li said online shopping platforms are making stronger presence offline as companies such as Alibaba, Tencent and JD.com recognize the importance of physical stores in supporting longer-term expansion.

The use of big data to analyze trends, customer behavior and manage retailers’ operations is a big part of the overall blueprint for smart retail.

Major Chinese internet companies have been growing fast in the area, particularly through the proliferation of mobile payments and growing cloud-computing operations, the report noted.

Mobile-payment transactions are expected to surge to about 1,270 trillion yuan in 2027 from 120 trillion yuan last year, based on consultancy iResearch and Bloomberg Intelligence’ s analysis.

In cloud-computing businesses, Alibaba and Tencent are expanding quickly for support, with revenue growth about triple-digit percentages. However, both companies are still at the early stages of global expansion, according to the report.