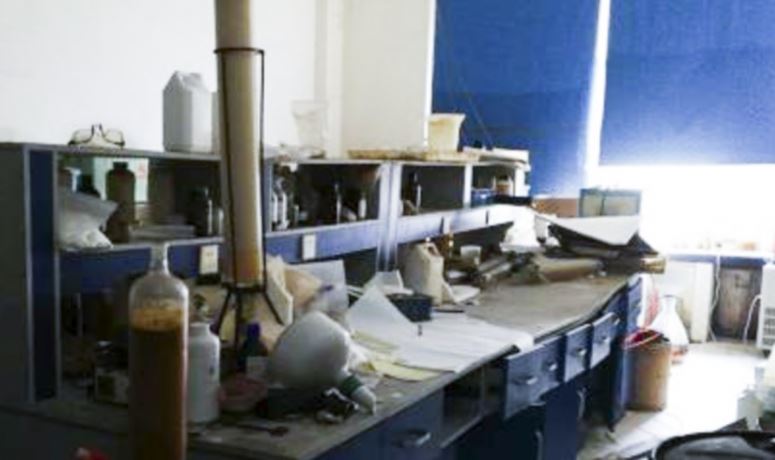 China scored a win against the illegal trade in fentanyl thanks to cooperation with US authorities but it.

faces an uphill battle to contain the flourishing transnational black market as it evolves beyond the law.

In the southern Chinese province of Hebei on Thursday, 21 people pleaded guilty at Xingtai Intermediate People’s Court to trading in illegal narcotics.

The pleas came just days before President Xi Jinping agreed to designate fentanyl as a controlled substance, adding that those responsible for selling it to lucrative US markets could face “China’s maximum penalty under the law”.

Fentanyl is used for pain management in hospitals and can only be produced with a licence. Illegal production and sale can carry a death sentence, and courts have used the ultimate punishment.

The Xingtai case was cracked by US Immigration and Customs Enforcement officials in August last year and blown open by police in Xingtai.

The gang, headed by Wang Fengxi, from Xingtai, placed online advertisements offering drugs – including fentanyl; alprazolam, a tranquilliser; and cathinone, a stimulant similar to amphetamine – by courier or post to countries such as the United States and Canada, Xingtai police said.

The man who produced the drugs, identified in court by his family name Liu, said he easily produced derivatives of fentanyl to outmanoeuvre the law with chemistry, Beijing Youth Daily reported.

Liu, contacted by a middleman to produce 2 grams of fentanyl for a client, was told to cook up new drugs because the one he produced was already on the controlled list, the court heard.

Police in Xingtai shut down an operation that used the internet, couriers and mail to take its illegal drugs across the world. Photo: chinanews.com

Liu bought 2kg of raw materials and made four fentanyl-related derivatives, three of which were sold overseas.

He said he believed that if he created a new chemical compound he could get around the law.

“Such substances, or lab-produced narcotic drugs, were created to bypass the list,” said Bao Han, assistant professor and a narcotics expert with People’s Public Security University of China. “Whatever went on the [banned] list, they [criminals] could produce another that was not covered by it.”

Bao said illegal lab-produced narcotic drugs were emerging with such a speed on the black market that study and evaluation of their effects struggled to keep up.

“Such drugs can be produced to the desired effects so quickly and cheaply.”

The National Narcotics Control Commission agreed, saying earlier this year that “new psychotropic drugs that are not on the controlled list can be developed as quickly as a substance is put on it”.

Authorities catalogued dozens of new substances, including some unknown outside China.

While six fentanyl-related drugs were developed in China for the black market between 2012 to 2015, 66 were created in 2016 alone.

A team leader of the drug control squad at Xingtai police said the difficulty in cracking down on lab-produced narcotics was not just in capturing suspects, but in dealing with substances that were not actually illegal.

“We can only go catch them when the drugs are included in the controlled narcotic drugs list,” the leader was quoted as saying. “Foreign clients are taking advantage of the time window for drugs.”

Chinese authorities are not the only ones running to keep up with criminals. In November, a report by the US Drug Enforcement Administration (DEA) said: “Fentanyl suppliers will continue to experiment with new fentanyl-related substances and adjust supplies in attempts to circumvent new regulations imposed by the United States, China, and Mexico.”

Fentanyl and other synthetic opioids have not only been trafficked in and from China to North America, but most recently they have also made their way to Australia. Photo: Reuters

Illicit fentanyl, which the agency said was mainly sourced from China and Mexico, has become the most lethal category of opioids used in the United States.

Fentanyl and other synthetic opioids have not only been trafficked in and from China to North America, but most recently they have also made their way to Australia – where they are sold into the opiate and heroin markets to maximise profits, the United Nations reported.