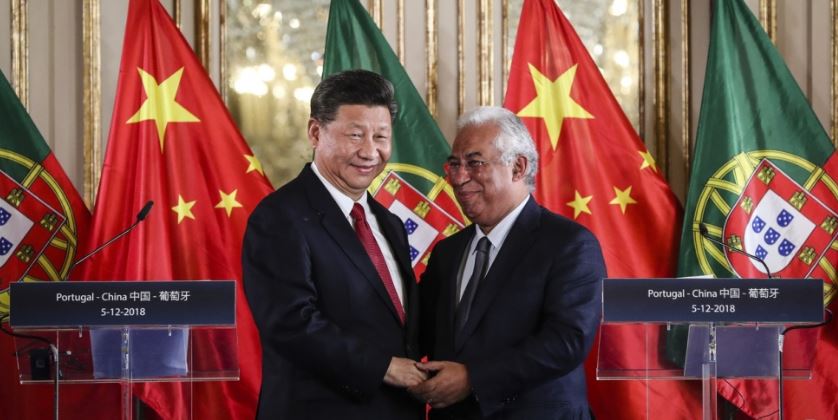 Portugal’s decision to sign a memorandum of understanding with China on its “Belt and Road Initiative” is likely to fuel concerns within the European Union about Beijing’s efforts to extend its geopolitical influence in the region, analysts said.

Portugal signs agreement with China on Belt and Road Initiative

Getting a signature from Portugal – the first Western European country to endorse Xi’s transcontinental infrastructure development and investment strategy – is likely to be regarded as a coup for Beijing, as Lisbon had been under pressure from other EU countries, including France, not to do so, according to Wang Yiwei, a professor of European studies at Renmin University in Beijing.

“The precedent set by Greece inspired Portugal,” he said, adding that the latter was in dire need of investment and that the EU had done little to help.

“Economic cooperation with China matters to these countries,” Wang said.

Beijing has for many years played a significant role in shoring up Greece’s economy. In 2008, state-owned Cosco began operating a container port in Piraeus – the largest in the eastern Mediterranean – when Athens was on the brink of bankruptcy. The company now owns a two-thirds stake in the profitable facility.

China is already a major investor in Portugal, one of the least wealthy countries in western Europe, having played a role in the 2011 EU-IMF bailout. In the privatisations that followed Chinese firms bought stakes in Portuguese energy, utility and financial companies.

Lisbon also operates a “golden visa” programme, which offers residency to wealthy investors, including those from China.

Jan Weidenfeld, head of the European China Policy Unit at the Mercator Institute for China Studies in Berlin, said Beijing had won a victory against the EU as it sought to build its influence in western Europe.

“For Brussels, this is a bit of a diplomatic defeat,” he said. “EU ambassadors in Beijing agreed on clear guidelines that caution member states when it comes to signing MOUs on the belt and road plan, effectively suggesting they should not.”

So gaining endorsement for the belt and road plan from an EU member state was “massively important” for China, he said.

“China can use this to approach other member states and say, ‘Look, another EU member state signed up to the initiative. Why aren’t you signing an MOU?’”

Why China buying up ports is worrying Europe

Xi launched the trillion-dollar belt and road plan in 2013 as a way to boost trade and connectivity across Asia, Africa, Europe and beyond. In the five years since, China has significantly increased its global investments and geopolitical influence.

The plan has been a cause for concern within the EU, especially as in recent years both Greece and Hungary have refused to give their support to European Union statements criticising China’s human rights record and its aggressive moves in the South China Sea.