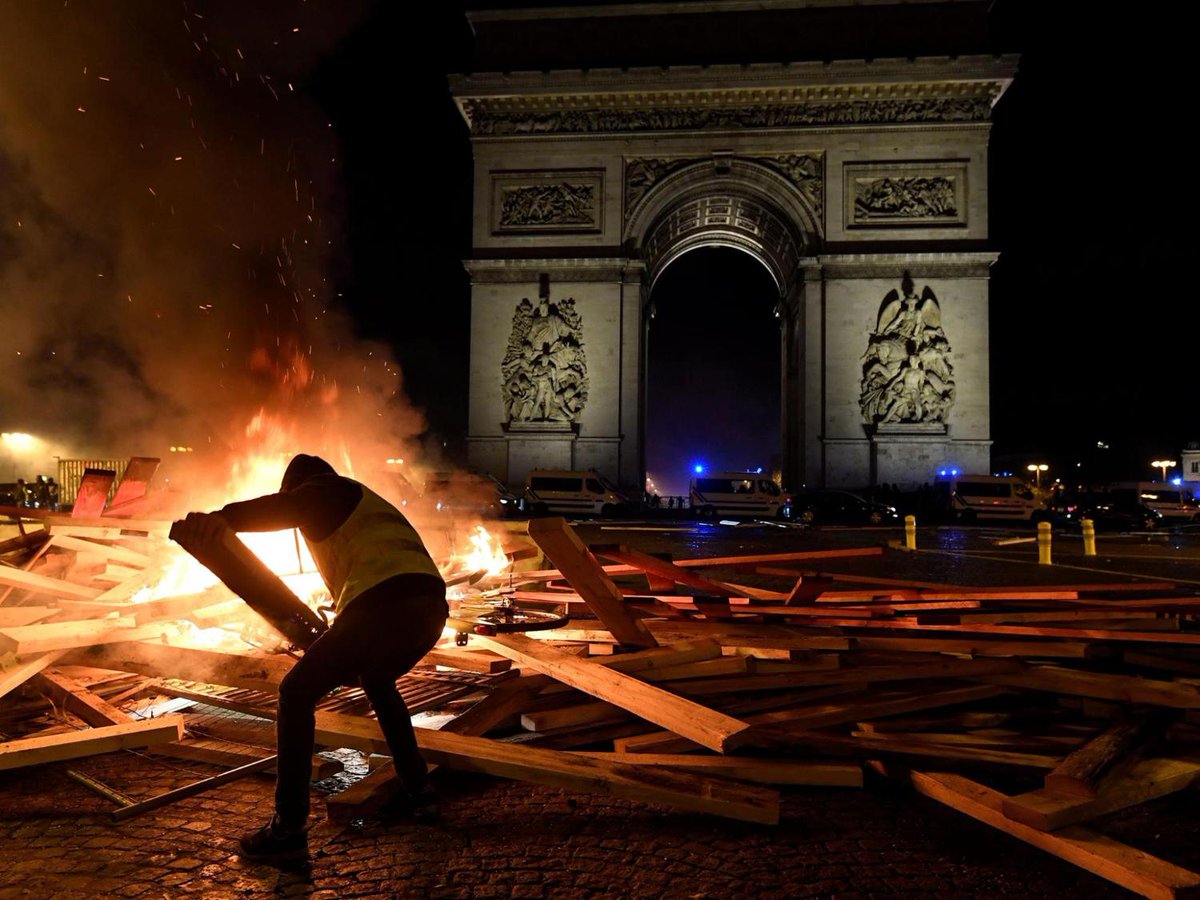 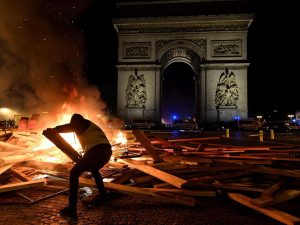 French authorities are bracing for the possibility of more riots and violence at planned anti-government protests this weekend.

The government is deploying tens of thousands of police and security forces across the country, while in Paris, museums, theatres and shops announced they would close on Saturday as a precaution – including the iconic Eiffel Tower.

Police unions and city authorities held emergency meetings to decide how to handle the protests, which are being held despite Emmanuel Macron’s surrender to marchers demanding the scrapping of a planned fuel tax hike.

Prime minister Edouard Philippe told senators on Thursday the government would deploy “exceptional” security measures for the protests in Paris and elsewhere.

Speaking on TF1 television, Mr Philippe said 89,000 police officers will be deployed on Saturday across France – up from 65,000 last weekend.

In Paris alone, 8,000 police officers will be mobilised. They will be equipped with a dozen armoured vehicles – a first in a French urban area since 2005.

Some “yellow vest” protesters, French union officials and prominent politicians across the political spectrum called for calm on Thursday after the worst rioting in Paris in decades last weekend.

Mr Macron agreed to abandon the fuel tax hike, part of his plans to combat global warming, but protesters’ demands have now expanded to other issues hurting French workers, retirees and students.

In a move questioned by both critics and supporters, the president has recently disappeared from public view.

The prime minister reiterated the government’s plan to scrap a fuel tax rise planned by the previous government because of the “extreme tensions” France is facing.