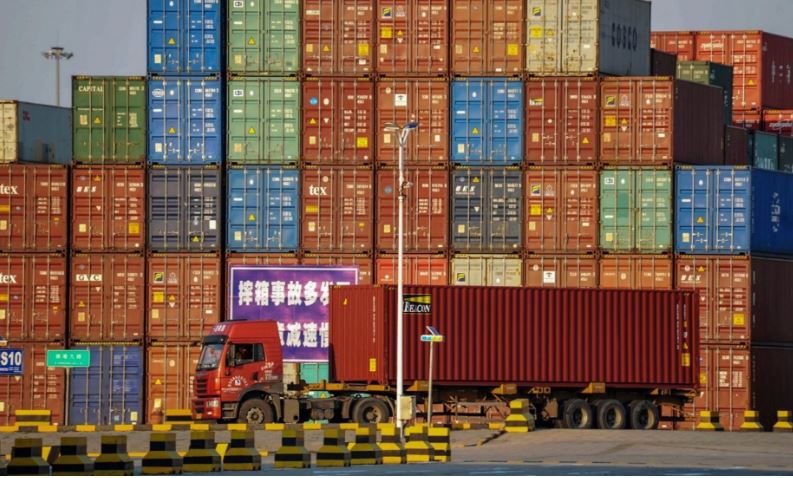 An offer to import more American goods as a means of defusing the trade war with China should be rejected by US officials, said the former head of trade negotiations with the mainland, who dismissed such diplomacy as “nonsense”.

After the meeting between US President Donald Trump and Chinese counterpart Xi Jinping during the G20 summit in Buenos Aires last week, it was announced that China would begin buying more US goods as a means of narrowing the trade imbalance between the two economic superpowers.

Frank Lavin, who served as undersecretary of Commerce for international trade under former president George W. Bush and also held positions in the administrations of George H.W. Bush and Ronald Reagan, said that “China loves these grandiose gestures”.

None of this is verifiable, it’s not even clear if it ever results in anything, because there are normal market transactions that are going to take place.

While increasing exports to China may offer Trump the chance to declare a quick victory, it would not solve the underlying issues the US claims give Chinese firms an edge over their American counterparts, according to Lavin, who led US trade negotiations with China in the 2000s.

“Before trade negotiations, China always sends people on buying missions. Buying Boeing [planes] or soybeans. We always refused to have any part in that. None of this is verifiable, it’s not even clear if it ever results in anything, because there are normal market transactions that are going to take place,” Lavin told the South China Morning Post in Hong Kong.

This sort of chequebook diplomacy would have been rejected out of hand during his time in office, Lavin said.

“[Trump’s] a headline kind of guy. We would tell the Chinese official, ‘We don’t care what you buy. We don’t want you to buy anything. What we care about is that people have a chance to sell, that everybody has a chance. Let the markets work. Now you’re buying stuff but nobody is fixing the damn problem.’ We would not touch that, but [Barack] Obama went with this stuff, Trump went with it,” said Lavin. 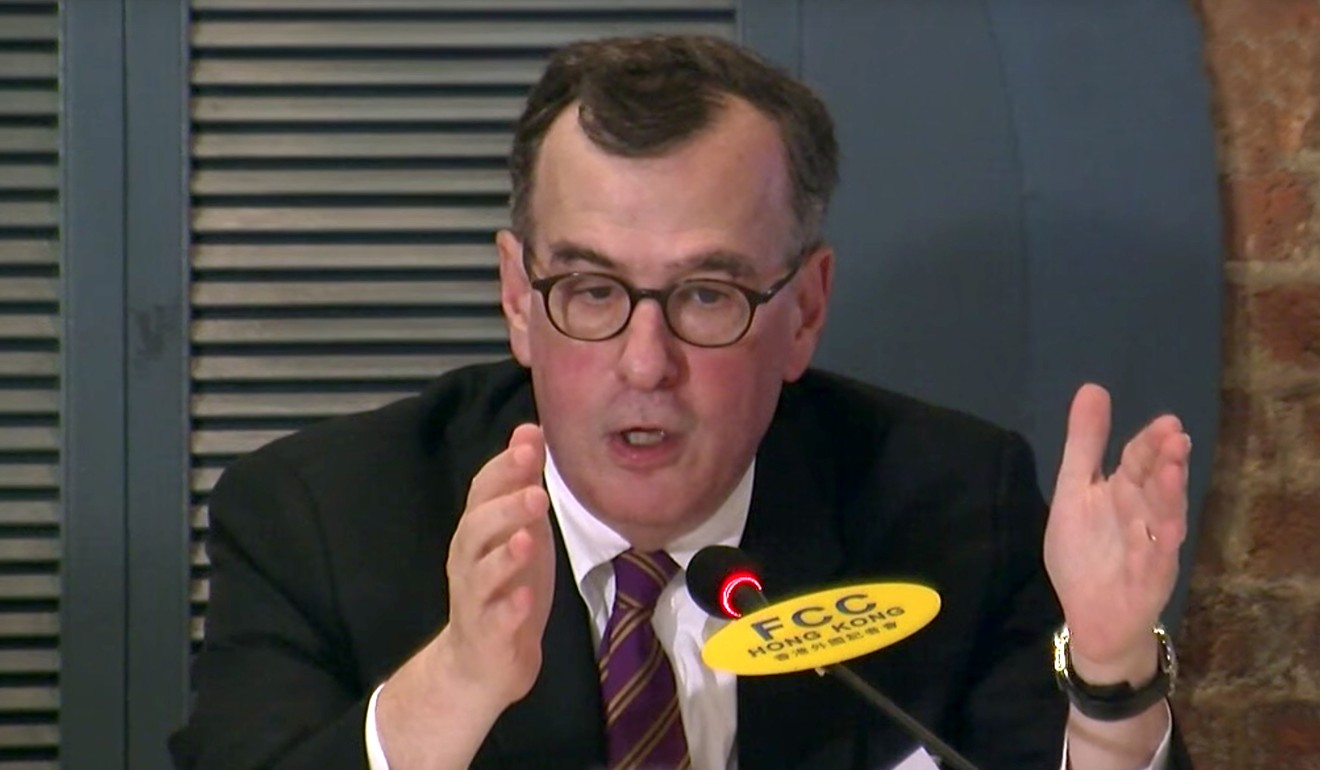 As well as a commitment from China to buy more US goods, the summit also delivered a 90-day trade truce, during which the US has demanded China agree to a deal that commits it to make structural changes to its economy.

If an agreement is not reached within 90 days, the US will raise tariffs on US$200 billion of Chinese exports from 10 per cent to 25 per cent, the White House said.

Most analysts have expressed scepticism that such an overhaul will be attainable within the specified timeline. However, US trade representative Robert Lighthizer has subsequently described it as “a hard deadline”.

Some movement is expected on intellectual property, the reform of which has been in the pipeline in China for a number of years. Reducing or eliminating tariffs on car imports is also an area where China is expected to offer some concessions. 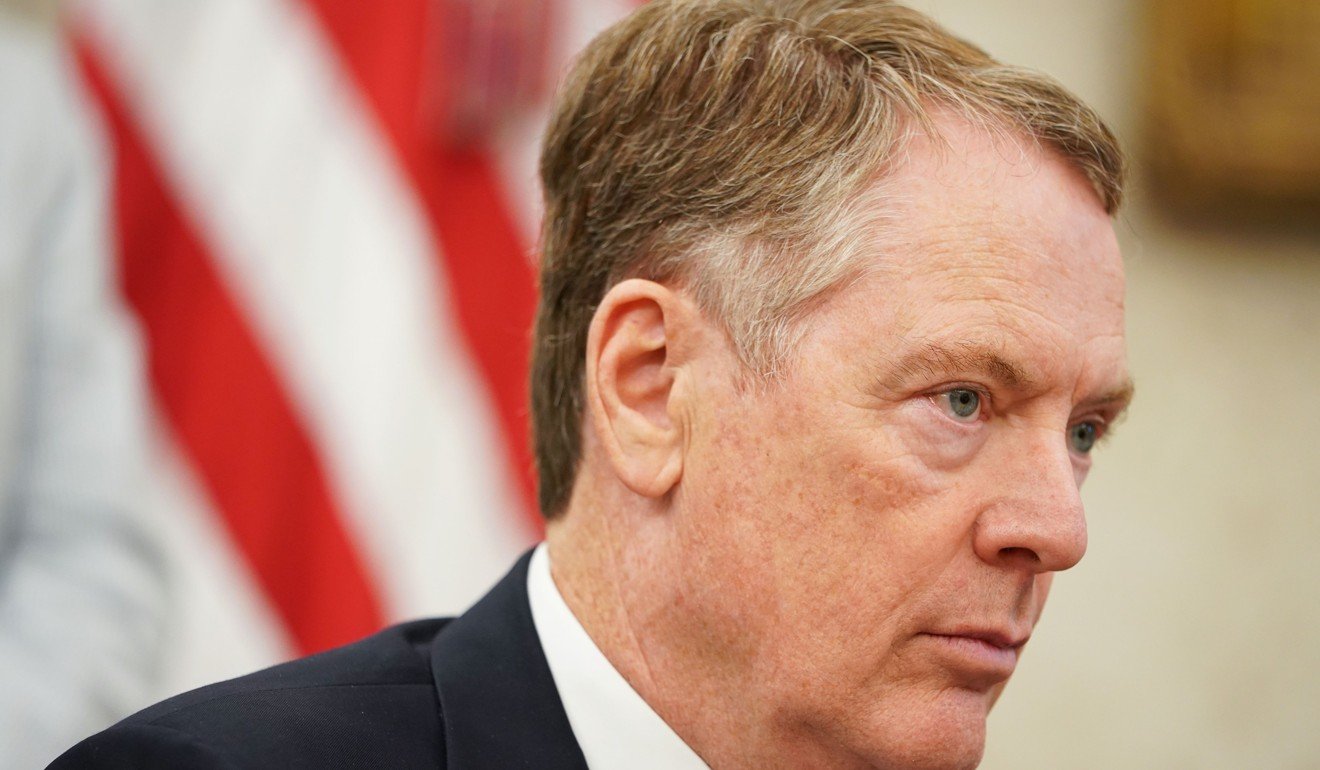 Trump’s forceful rhetoric on trade has rattled China, Lavin said, who believes it is more effective than the perceived laissez-faire approach adopted by the Obama administration.

“Trump accelerated this [reform] process with the tariffs, he spoke to China and said: ‘I don’t like you guys, you’re cheating all across the world, doing some terrible things, you have to stop.’ That really rattled them,” Lavin said.

“But I think the Chinese say Trump has the capacity to inflict damage on us. Obama never had that capacity.”

Lavin, who now runs an e-commerce digital solutions company in Shanghai, also served as US ambassador to Singapore between 2001 and 2005, when he helped negotiate a bilateral free trade agreement between the two countries. 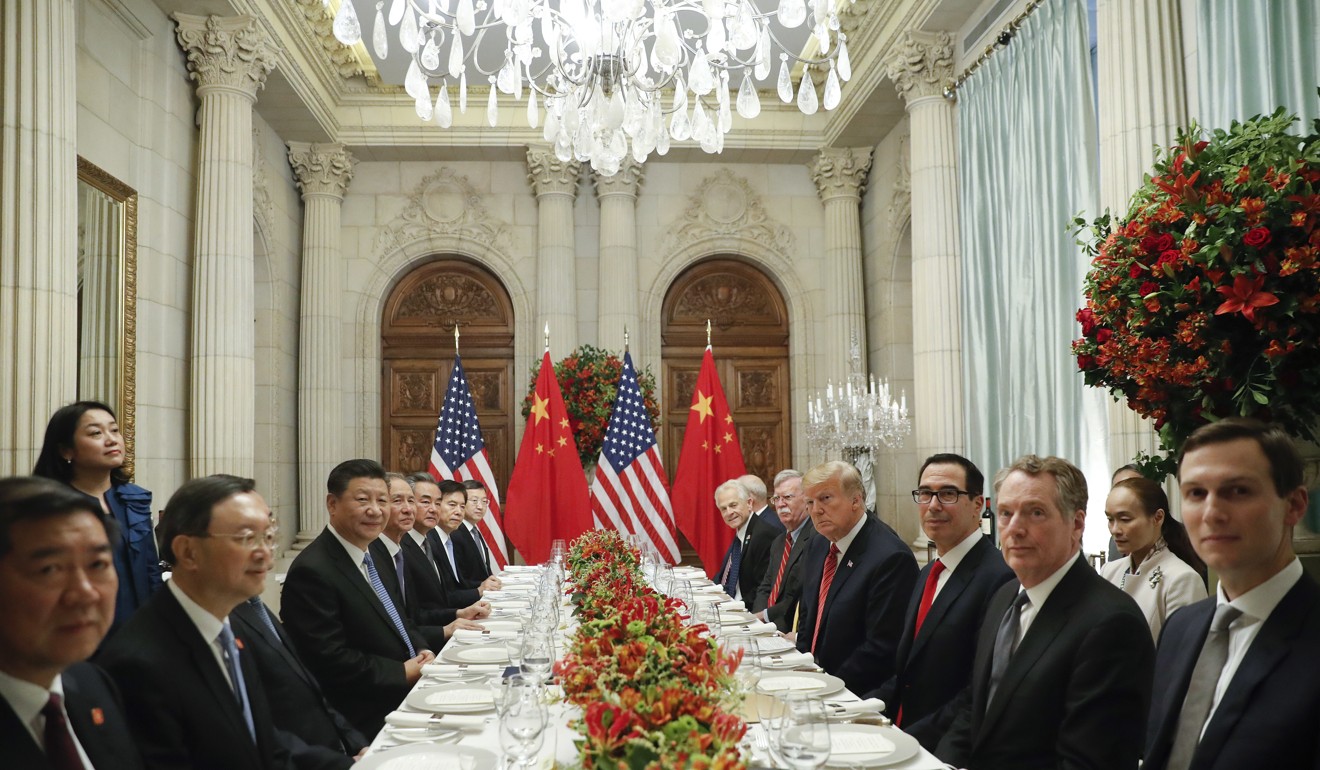 President Donald Trump with China’s President Xi Jinping with members of their official delegations during the bilateral meeting at the G20 summit. Photo: AP

Negotiations have been complicated by the storm over the arrest of Huawei’s chief financial officer Sabrina Meng Wanzhou in Canada on December 1.

the US to face charges.

Despite this, Lighthizer, who is leading the US negotiations, told US media that as a criminal justice matter, Meng’s arrest is “totally separate from anything I work on or anything that trade policy people in the administration work on”.