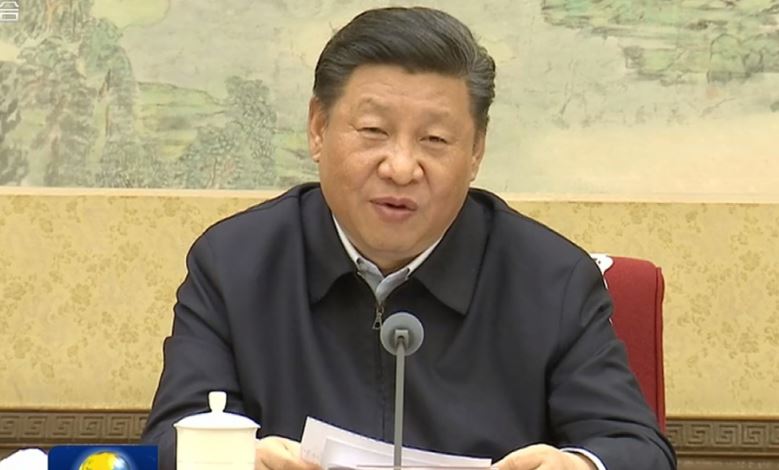 China will try to develop “a powerful home market” to help offset external uncertainties next year, the country’s top leadership agreed on Thursday, roughly two weeks into a 90-day truce in the trade war with the United States.

The Politburo, the country’s highest decision-making body, said China still had a “strategic window of opportunity” and “must firmly focus on getting its own goals accomplished”, state-run Xinhua reported, signalling Beijing’s determination to limit the fallout from the trade tensions on its domestic agenda.

In a meeting that will set the direction for economic policy next year, the Politburo, headed by President Xi Jinping, said China should view the “latest changes in the international environment and domestic conditions” – a veiled reference to the trade war with the US and its drag on the domestic economy – in a “dialectic” manner of looking at the opposing forces at work. It also stressed the need to “keep our strategic focus and proceed in a steady manner”.

The statement comes after Xi and US President Donald Trump agreed to the truce on December 1.

Standard Chartered chief China economist Ding Shuang said Xi was trying to tell the public not to be “too pessimistic” about the trade war and the country’s economic outlook.

“Xi is trying to say that there are bad things [happening] but there are still good things,” Ding said.

He said the leadership’s emphasis on domestic economic policy suggested that Beijing was trying to give the impression that it was not making concessions to US demands but conducting reforms on its own terms.

The trade war and an increasingly hostile international environment have dealt a heavy blow to investor confidence in China this year and clouded the country’s growth prospects.

China’s headline growth slowed in the third quarter to its lowest rate in a decade – a trend that is expected to continue in the fourth quarter and the first half of next year as the full effects of US tariffs hit the economy.

China’s stock market is one of the worst performers globally this year, and many investors are cutting their commitment to the country, with foreign direct investment inflows into China falling 27.6 per cent in November from a year earlier.

In an opinion piece on the East Asia Forum website, Kerry Brown, director of the Lau China Institute at King’s College London and a veteran China watcher, wrote that 2018 was “the year China’s luck ran dry” and China showed “clear signs of a country whose leadership lacks both imagination and any real ability to make fundamental political and social changes that might impact its desire for total control”.

“This year will probably be remembered – in China at least – as the year that the hard times began,” Brown wrote.

The hypocrisy of the US war on China’s Huawei

But China’s leadership maintains that the government has done a good job in keeping growth on track and ensuring broad social stability in the run-up to next year’s 70th anniversary of the Communist Party’s rule of the country.

According to the Xinhua report, China had decided to continue its “three key battles” in 2019, namely controlling financial risks, curbing pollution and reducing poverty. Beijing would try to keep economic growth within a reasonable range and work to stabilise employment, finance, trade, investment and market expectations, it said.

China would also work to upgrade its vast manufacturing sector next year, focusing more on its countryside and underdeveloped areas, it said. In addition, the government will accelerate economic reform and push forward with “all-around opening-up”.

These general guidelines from the 25-member Politburo will be endorsed at a key economic work conference next week, before being translated into specific economic targets and policies.

The hot mess that is the US-China trade negotiations

Zhao Jian, head of the Atlantis Finance Research Institute, said the trade war was the elephant in the room for China’s economic policymakers, and it was having a growing impact on factories and workshops.

“The Politburo statement highlighted the importance of self-reliance and that Beijing is trying to send a message of confidence to the public,” Zhao said.

At the same time, confidence in China remained fragile, with the arrest of Huawei executive Sabrina Meng Wanzhou showing that US-China rivalry would persist even if a trade deal could be reached during the truce, he said.

“The pace of opening up could be a bit faster. The country has announced many opening-up measures, but the actual implementation is always very slow,” Shen said.

“The external pressure [of the trade war] has made the central government recognise the importance of stepping up opening up, which has also been strongly advocated internally.”