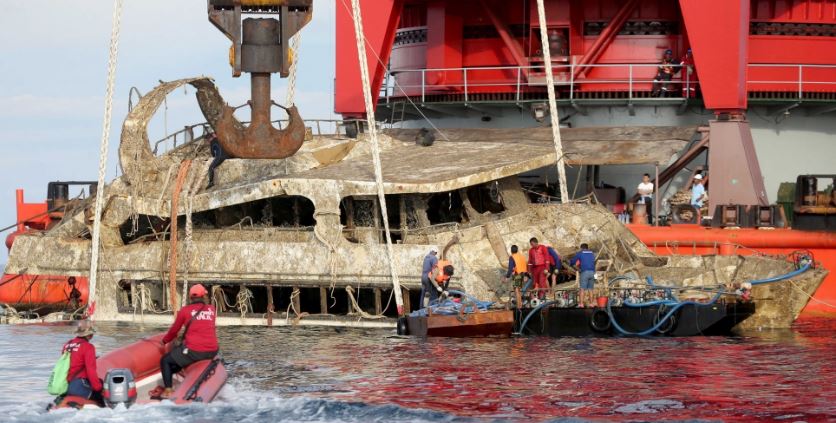 A ferry that sank off Thailand’s southern resort island of Phuket this summer killing 47 Chinese tourists did not meet regulatory standards, according to investigators.

Another boat also carrying Chinese tourists sank on the same day but those on board were rescued.

The accidents caused outrage in China about Thai safety procedures. Thai authorities promised justice for the victims, especially because of concern that the disaster could affect the tourism industry. More than 9.8 million Chinese visited Thailand in 2017, accounting for the biggest share of the country’s 35.38 million foreign tourists.

Surachate told reporters on Monday night that according to their investigations and examination of the vessel’s blueprints, the boat had only one watertight door instead of the recommended four, and that it did not have “marine windows” that could be broken open in case of an emergency.

“There were many people who died on the boat because they couldn’t break the windows to get out,” he said.

Surachate said police will produce a final report on their investigations next week, adding that experts from China and Germany also helped examine the Phoenix’s structure.

Chinese visitors turn away from Thailand after tourist boat disaster

The Phoenix was raised from the sea floor on November 17 by a crane ship operated by a salvage company from Singapore. Covered in brown algae and sludge, it was then docked at a pier in Phuket. The first company hired to salvage the boat lost a member of its team during its failed operation to lift the vessel.