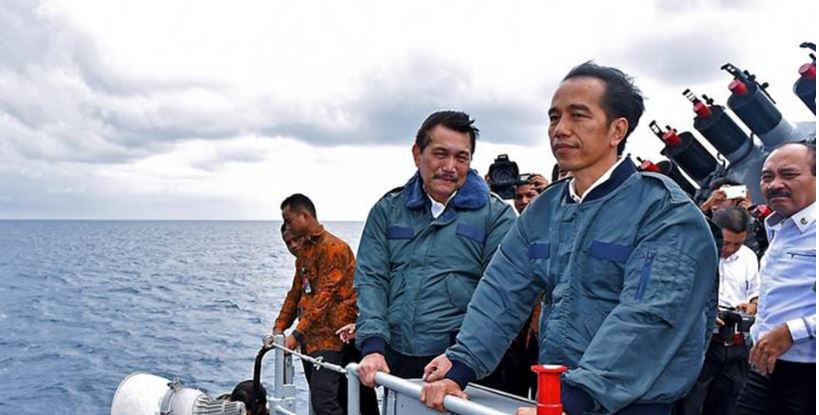 Indonesia this week opened a military base with more than 1,000 personnel on the southern tip of the disputed South China Sea, where the territorial claims of China and several other countries overlap.

The base, which opened on Tuesday, is located in Selat Lampa on Natuna Besar Island – part of the Natuna Islands – one of the country’s outermost areas and more than 200km off the island of Borneo.

Indonesia is not a claimant state in the South China Sea but Jakarta and Beijing have had several maritime skirmishes in the resource-rich area, including one in 2016 when an Indonesian patrol boat seized a 300-tonne Chinese fishing vessel.

At an inauguration ceremony for the base, Indonesian National Armed Forces (TNI) chief Marshal Hadi Tjahjanto said the outpost is designed to work as a deterrent against any potential security threats, particularly on border areas, according to military spokesman Colonel Sus Taibur Rahman.

On Wednesday, Indonesian president Joko “Jokowi” Widodo, who is seeking re-election next year, stressed the Indonesian government was ready to make clear that the Natuna Islands, with a population of 169,000, are its sovereign territory.

“If you want us to fight, yes, together we will do it,” Widodo said, according to local newspaper Kompas. 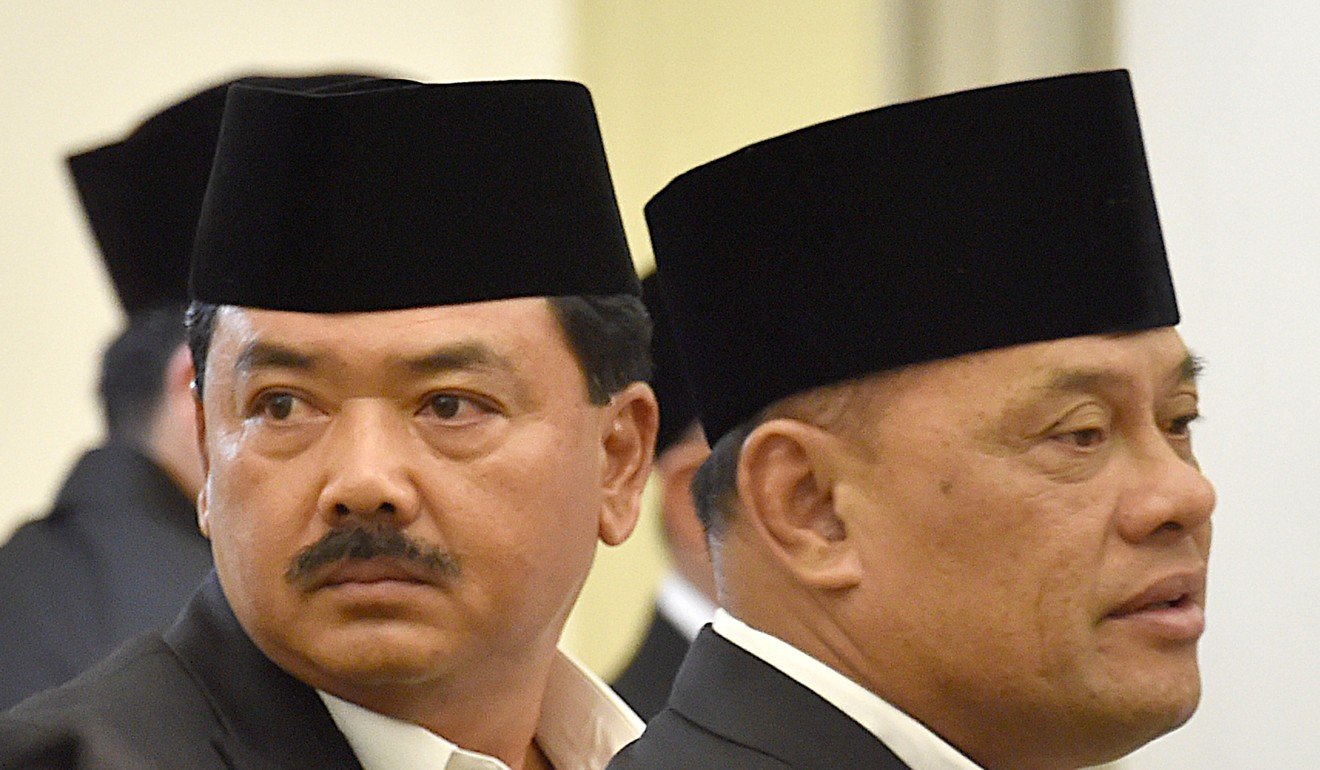 Collin Koh Swee Lean, an analyst at the S. Rajaratnam School of International Studies in Singapore, said the plan for a military hub in the Natuna Islands had been in the making for years.

“The March 2016 incident with China gave more impetus to the plan,” Koh said.

“He was primed to say something tough on the subject by the previous speaker, Yenny Wahid,” Connelly said, referring to the daughter of Indonesia’s fourth president, Abdurrahman Wahid.

“And perhaps also by the setting: he was speaking at a gathering of religious scholars in Madura, which has a celebrated reputation for bellicosity among Indonesians.”

Hadi did not disclose the exact number of military personnel in the Natuna Islands area, but said the new base is supported by an army battalion, companies of marines and engineers, and artillery. In Indonesia’s military, a battalion consists of between 825 and 1,000 personnel, while a company consists of about 100 personnel.

“The development of this kind of military base will also be done in other strategic islands,” Hadi said.

The new base has a hangar for an unmanned aerial vehicle squadron, according to Hadi, and would be improved in accordance with threat levels, with personnel there prepared to join in any military operation.

Photos on the official Twitter feed of the TNI’s Information Centre also showed an inauguration ceremony for a hospital to serve military personnel at the base.

The South China Sea is home to some of the world’s busiest sea lanes and China has overlapping territorial claims with the Philippines, Vietnam, Malaysia and Brunei, as well as Taiwan.

Although China recognises Indonesian sovereignty over the Natuna Islands, it insists the two countries have overlapping claims to maritime rights and interests in the area that need to be resolved – a claim Indonesia rejects.

Last year, the Indonesian government presented an updated national map in which the country’s exclusive economic zone (EEZ) north of the Natuna Islands was renamed the North Natuna Sea. It was previously described as being part of the South China Sea.

Immediately after the name change, China expressed opposition to the move, saying it would result in complications and the expansion of the dispute. Changing an internationally recognised name would also affect peace and stability, and is not conducive to a peaceful relationship between Jakarta and Beijing, it said.

Indonesia countered, however, that it had the right to name its own territorial waters and that the North Natuna Sea falls within its territory.

But while Indonesia has focused on protecting its own interests around the Natuna Islands, this does not mean it wants to antagonise China, given Widodo’s interest in drawing Chinese investment for infrastructure projects, according to a report by Australian think tank, The Lowy Institute.

“Despite Jokowi’s resolute rhetoric on maritime rights, Indonesia has sought to ensure its campaign against illegal fishing does not target Chinese vessels; and in regional diplomacy, Jokowi’s administration has been eager to ensure it does not offend Beijing,” said Connelly, who wrote the report.