Latest News
Home Economy Apple is at the ‘forefront of vulnerability’ to the next phase of the US-China trade war, strategist says 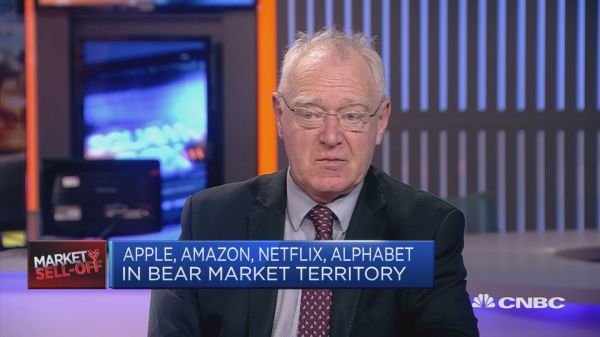 Apple is at the ‘forefront of vulnerability’ to the next phase of the US-China trade war, strategist says

A trade war between the world’s two largest economies is likely to evolve into a dispute over intellectual property rights over the coming months, one analyst told CNBC Friday, with Apple set to bear the brunt of any further fallout.

A long-running trade dispute between the U.S. and China has rattled financial markets in recent months, with a global stock market sell-off gathering pace in December amid escalating concerns of a possible economic slowdown.

President Donald Trump and Chinese leader Xi Jinping declared a 90-day cease-fire at the start of the month, but external observers remain deeply skeptical about the chances of Washington and Beijing agreeing to a comprehensive trade pact in the proposed timeframe.

“I think that’s going to be the big issue for the first half of next year,” Parker said.

Apple ‘most sensitive’ to trade war

A global stock market sell-off in recent weeks has put Wall Street firmly on track for its biggest December loss since the Great Depression. It comes amid worries about a darkening economic outlook, with U.S. tech giants all falling into bear market territory of late.

Amazon, Netflix, Alphabet and Apple all led the gains for the tech-heavy Nasdaq during the bull market. However, the benchmark is down by around 20 percent from a record reached at the end of August.

Complicating matters for Apple at present, the tech behemoth lost a second court skirmish in its worldwide patent battle with chip supplier Qualcomm on Thursday. The ruling comes weeks after Qualcomm secured a court order to ban sales of some iPhone models in China. Apple is contesting both rulings.

Nonetheless, the case has fueled investor concerns of Apple’s exposure to a deepening rift between the U.S. and China.

“In the work we’ve done, Apple is actually the most sensitive company to conflict between the U.S. and China on trade,” Parker said.

“If you look at Apple, it is American technology, the product is produced in Chinese factories by a Taiwanese company (and) so it is right at the forefront of vulnerability to trade conflict.”

Britain, Australia and New Zealand had all joined the U.S. in condemning China over what they described as a global campaign of cyber-enabled commercial intellectual property theft.

When asked whether investors should be worried about the prospect of China adopting a more combative stance toward the U.S. during trade talks, with Beijing potentially even targeting specific U.S. tech giants, Parker replied: “Absolutely … Regrettably, it is the American tech sector which is the most vulnerable.”