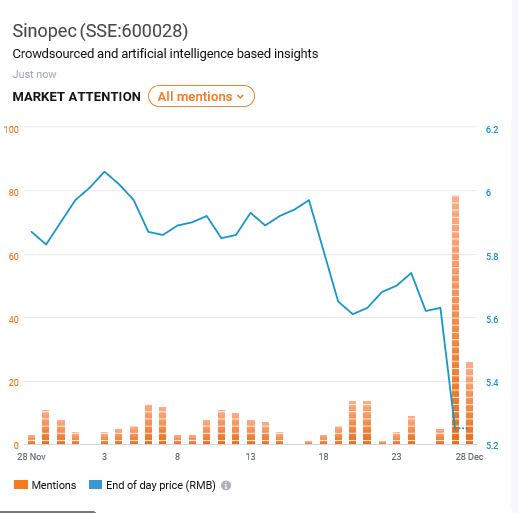 Shanghai’s stock benchmark ended 2018 as the world’s worst market performer for a second year, falling 24.6 per cent over 12 months as an unprecedented trade war between China and the United States weighed on the Chinese economy and crimped corporate earnings.

“The stock market is often the barometer of a nation’s economic health, and the weakness in China’s A-share market reflects the serious troubles in the Chinese economy,” said Li Wenhui, an analyst for Huatai United Securities.

China’s economic growth slowed to 6.5 per cent in the third quarter, the slowest pace since quarterly data began to be compiled in 1992.

Worse is still to come, as the full impact of the trade war takes time to work its way into the corporate accounts and household budgets in the world’s second-biggest economy. Growth could slow to 6.2 per cent in 2019, which would be the weakest annual clip in almost three decades, according to a Nikkei survey of 32 economists.

To underscore the bleak outlook, the latest statistics from mainland China showed November’s industrial profits falling for the first time in nearly three years, while the growth in retail sales slowed to a 15-year low.

The trade war, currently in a tenuous state of truce for 90 days, is casting a long shadow over the economic outlook of the whole world, which raises major concerns for global investors, said Ryan Chan, associate director at Hong Kong-based Eddid Securities and Futures.

“The economic situation is both worrisome in China and the US,” Chan said. “The US economy has already slowed, while China is struggling with massive corporate debt, a liquidity squeeze, and private-sector woes.”

The slump in the Chinese stock market ran across the board, weighing on the ChiNext Price Index that tracks start-ups and innovative companies, with the gauge falling 28.6 per cent this year to 1,250.53.

40 years of reform and opening up: China’s stock market needs to ditch its patchwork rules for a clean start at its watershed moment

The market has deteriorated so much that things can only get better, some strategists said, putting their hopes in a government bailout to provide a financial stimulus to kick start the moribund market.

“We expect the government to loosen liquidity next year amid the current economic downturn,” said Zhang Xia, chief strategist for China Merchants Securities. “If the total financing accelerates by the middle of the year, the economy will stabilise and the fund outflows from A-share market will reverse.”

The Shanghai Composite Index may rise 18 per cent next year to 2,950, the median value in a range between 2,350 and 3,300, according to Bloomberg’s survey of analysts.

Unipec had incurred losses “during certain crude oil transactions, due to the drop in oil prices,” without giving a time frame. Sinopec shares fell for the ninth day in Hong Kong, dropping 5.1 per cent to a 12-month low of HK$5.41, while its A-share fell 3.9 per cent to 5.75 yuan in Shanghai.

The property developer announced Thursday that it will spend HK$21.5 billion (US$2.74 billion) to acquire local insurer FTLife Insurance as it seeks to diversify business, in the biggest ever insurance deal completed in Hong Kong.