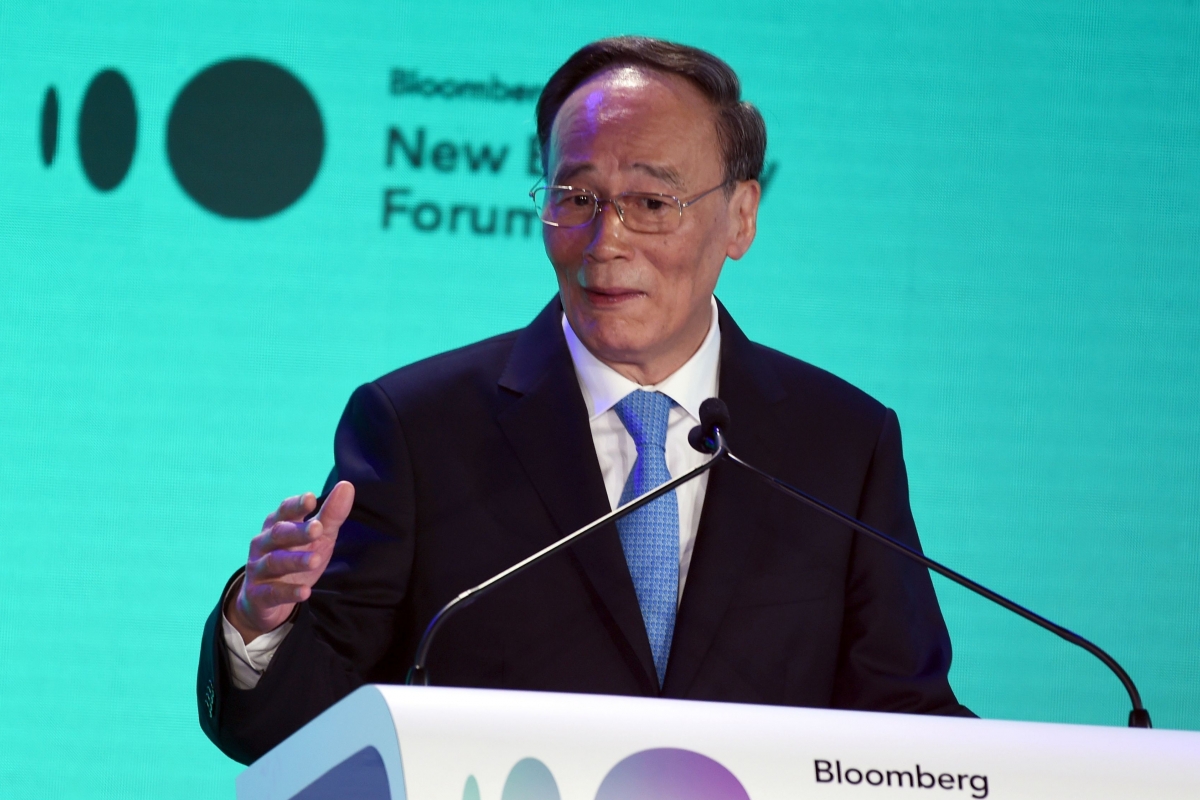 This story is part of an ongoing series on US-China relations produced jointly by the South China Morning Post and POLITICO, with reporting from Asia and the United States.

China’s Vice-President Wang Qishan will lead the Chinese delegation at the World Economic Forum’s annual meeting from January 22-25 in Davos, Switzerland, according to two separate sources familiar with the arrangements.

It is not known if Wang will have an official meeting with US President Donald Trump, who will be making his second appearance at the annual gathering of global elites.

Wang, who has a reputation as China’s “firefighter” for his track record of handling Beijing’s most difficult tasks, has been cautiously stepping up on the diplomatic front.

He attended a new economic forum organised by US billionaire Michael Bloomberg in Singapore last November and criticised “unilateralism”, although he did not directly name Trump. And,
at a forum in Guangzhou last month

, Wang made another veiled attack on Trump’s trade policies when he criticised the adoption of a “zero-sum” mindset.

In previous years Beijing has used Davos to present China as a business-friendly place to global political leaders, executives and opinion leaders.

and voiced support for “globalisation”, while his chief economic aide

Vice-Premier Liu He, gave a speech at last year’s event

which promised that China would open its market wider to foreign investors.

This year’s Davos forum will take place as officials from China and the US negotiate an end to the escalating trade war, during the 90-day truce which ends on March 1.

The truce was agreed after a meeting between
Trump and Chinese President Xi Jinping on December 1, 2018

, in which both sides agreed to suspend additional tariffs while entering into negotiations to settle other long-term disputes, such as the forced transfer of technology to Chinese firms.

on January 7 to hold talks with Chinese officials. The delegation will include David Malpass, Treasury undersecretary for international affairs.

Wang Yong, director of the centre for international political economy at Peking University, said that the vice-president was “effective at communicating with the outside world”, adding that the occasion would allow him to “use his charm”.

He said that while Wang’s presence at the forum was likely to be at attempt at boosting external confidence in China’s economy and its support for reform and multilateralism, there was a limit to what he could deliver.

“The international community should lower their expectations about China’s reform and opening up,” he said. “China will speed up its reforms, but the changes will not happen overnight.”

He Weiwen, senior fellow at the Centre for China and Globalisation, said while Beijing hoped to use the platform of Davos to influence global business leaders’ opinion, Wang was no more than a messenger for Xi.

“The decision to send him to Davos is that of the top leader,” said He. “So ultimately it depends on what President Xi Jinping has to say.”