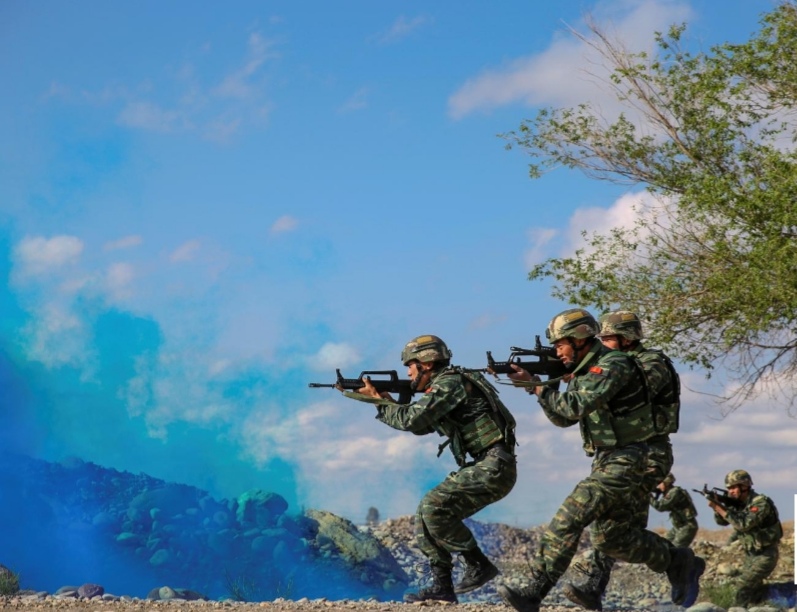 China’s Xi calls on army to be battle-ready

Soldiers of the Chinese People’s Liberation Army (PLA) take part in a combat training in the Gobi desert in Jiuquan, Gansu province, China
China’s armed forces must strengthen their sense of urgency and do everything they can to prepare for battle, President Xi Jinping told a meeting of top brass on Friday.

China is keen to beef up its armed forces amid territorial disputes in the South China Sea and escalating tension with the United States over issues ranging from trade to the status of Taiwan.

The official Xinhua news agency said Xi told a meeting of the top military authority that China faced increasing risks and challenges, and the armed forces must work to secure its security and development needs.

Xi, who is also chairman of the Central Military Commission, said the armed forces must devise strategies for the new era and take on responsibilities for preparing and waging war.

“The world is facing a period of major changes never seen in a century, and China is still in an important period of strategic opportunity for development,” he was quoted as saying.

He said the armed forces needed to be able to respond quickly to emergencies, needed to upgrade their joint operations capabilities and nurture new types of combat forces.

Xi’s comments followed his remarks on Wednesday that China still reserved the right to use force to achieve “reunification” with Taiwan and prevent the island’s independence.