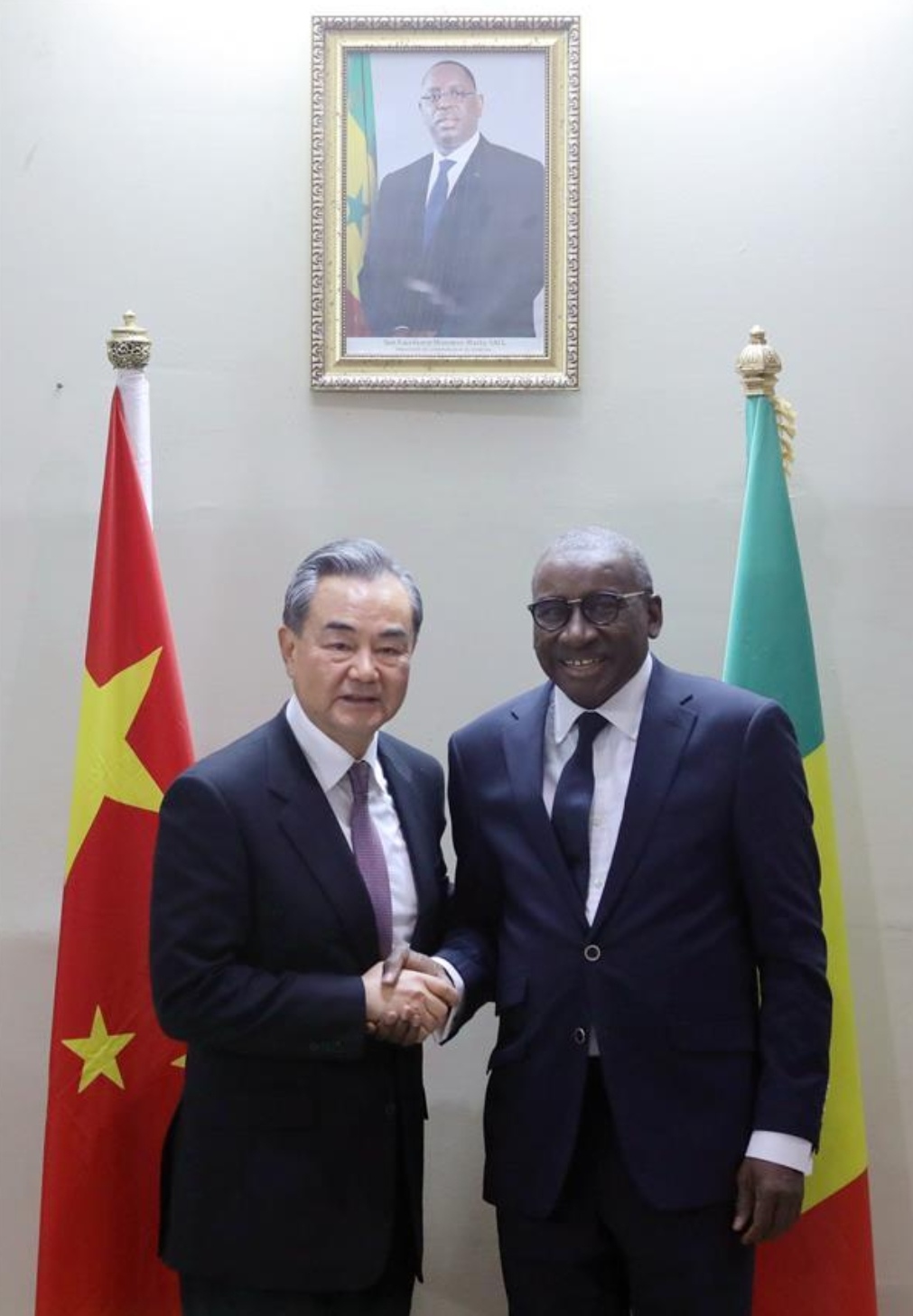 During the meeting with his Senegalese counterpart Sidiki Kaba, Wang lauded Senegal for consistently supporting China’s legitimate stance on issues concerning its core interests and said China will continue to firmly support Senegal in taking its own development path and safeguarding its legitimate rights.

Senegal has taken the lead in West Africa in signing cooperation documents with China under the Belt and Road Initiative (BRI) and its role as co-chair of Forum on China-Africa Cooperation (FOCAC) has opened up new scope for bilateral ties, Wang said.

China is willing to facilitate the construction of agreed infrastructure projects and expand cooperation with Senegal in emerging fields such as industrial parks in accordance with its needs, Wang added.

Noting that China has achieved fast development and made great contributions to world peace and development over the 40 years of reform and opening-up, Wang said China will have more capabilities and resources to support other developing countries as it grows stronger.

The Chinese foreign minister said China and Africa shall enhance their sense of a community with a shared future for mankind and safeguard the legitimate rights and interests of developing countries amid rising challenges against multilateralism.

For his part, Kaba said that China is an important strategic partner of Senegal and a friend who cares indeed about Senegal’s development. He lauded China’s great achievements in lifting over 700 million people out of poverty and promoting world peace and stability.

The Senegalese foreign minister said the BRI and the eight major initiatives in collaboration with Africa proposed by President Xi Jinping dovetail highly with the Agenda 2063 of the African Union and the Emerging Senegal Plan proposed by President Macky Sall, which will bring mutual benefits and win-win results for China and Africa.

Senegal will play an active role in China-Africa comprehensive strategic partnership and work closely with China to jointly perform the duties of co-chairs of FOCAC, promote the construction of its mechanism, and put the results of its Beijing summit into action, Kaba said.