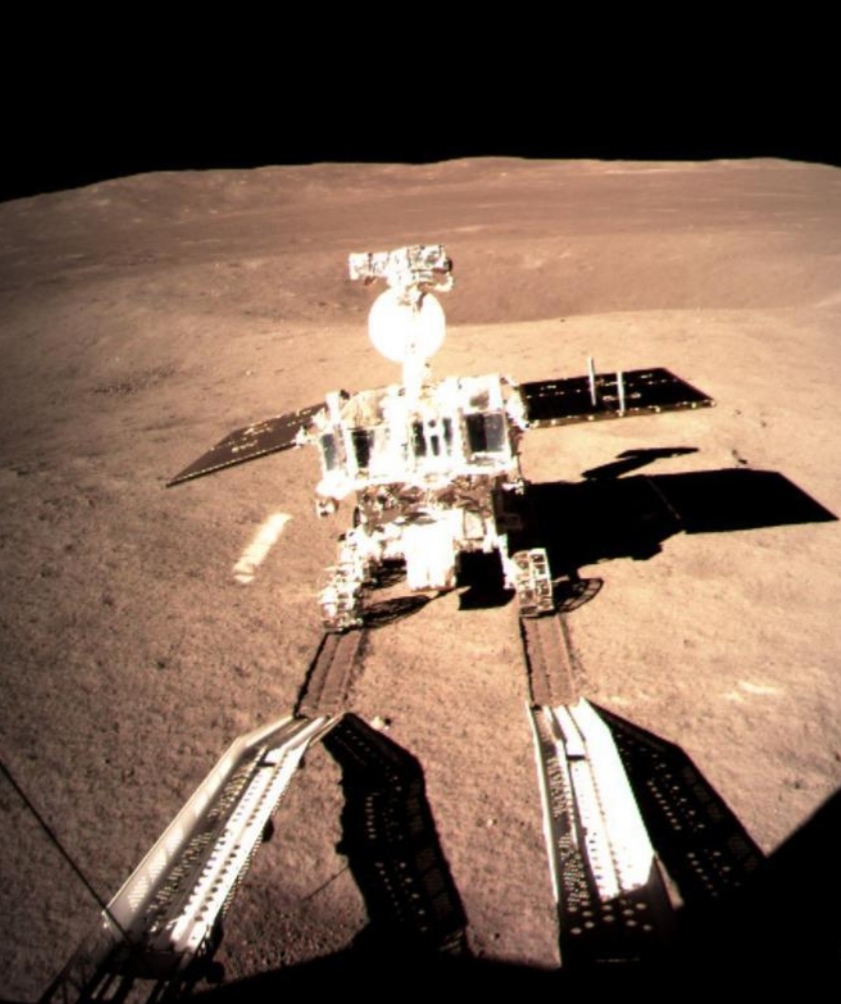 China’s lunar rover, Yutu-2, or Jade Rabbit-2, left the first ever “footprint” from a human spacecraft on the far side of the moon late at night on Thursday, after it separated from the lander smoothly.

The rover touched the lunar surface at 10:22 p.m. on Thursday, leaving a trace on the loose lunar soil. The process was recorded by the camera on the lander and the images were sent back to the Earth via the relay satellite “Queqiao”, the China National Space Administration (CNSA) announced.

Launched on Dec. 8, 2018, China’s Chang’e-4 lunar probe, comprising a lander and a rover, landed on the far side of the moon on Thursday morning.

Since the moon’s revolution cycle is the same as its rotation cycle, the same side always faces the Earth. The other side, most of which cannot be seen from the Earth, is called the far side or dark side because most of it is uncharted.

After the successful landing, experts verified the conditions of “Queqiao”, meaning Magpie Bridge, which was launched in May of 2018 to set up the communication link between the Earth and the moon’s far side, the environment parameter of the landing area, the conditions of the probe’s equipment as well as the angle of incoming sunshine to make preparations for the separation of the lander and rover, the CNSA said in a statement.

At 3:07 p.m., experts sent the separation order to the probe via “Queqiao”.

After receiving the order, Yutu-2, atop the probe, extended its solar panel, stretched out its mast and started to drive slowly to the transfer mechanism, according to the Beijing Aerospace Control Center.

The transfer mechanism unlocked as planned with one side reaching the moon’s surface, allowing the rover to descend to the surface from the slope.

Chang’e-3, consisting of China’s first moon rover Yutu and a lander, was launched in 2013. It was the first Chinese spacecraft to soft-land on and explore an extraterrestrial object.

Like its predecessor, Yutu-2, capable of enduring vacuum pressure, intense radiation and extreme temperatures, is equipped with four scientific payloads, including a panoramic camera, infrared imaging spectrometer and radar measurement devices, to obtain images of the moon’s surface and detect lunar soil and structure.