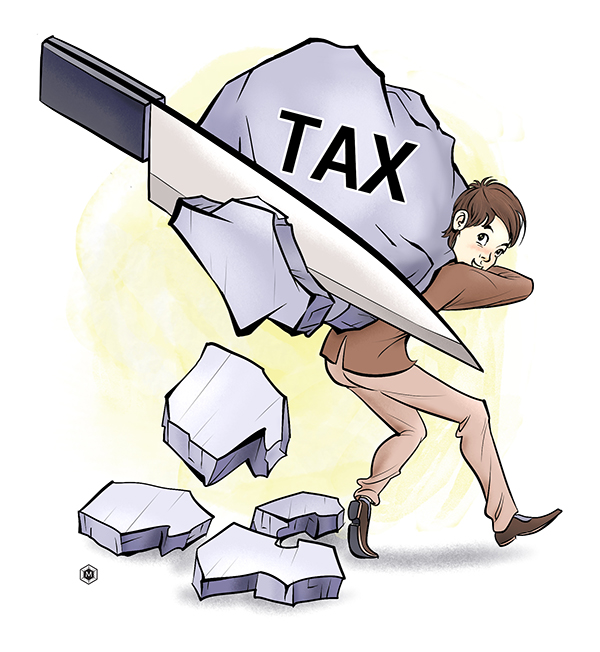 The personal income tax reform means individuals will get special deductions for six types of expenditures. The deductions, of course, will also include an annual income of 60,000 yuan ($8,730.81), as well as basic pension insurance, basic medical insurance, unemployment insurance and housing provident fund.

The seventh revision of the personal income tax law in August added special deductions for the first time, which is a highlight of the individual income tax reform in this round. It will not only strengthen the comprehensive tax collection system but also help reduce taxpayers’ economic burden, and thus encourage consumption and make income distribution fairer.

The past tax cut measures benefited enterprises rather than individuals. But individual income tax special deduction is a tax cut policy that is favorable to ordinary taxpayers.

Since the beginning of 2018, China has been facing complicated and challenging external and internal situations, which have increased uncertainties. And the fast-changing external environment, if not dealt with properly, could even lead to an economic downturn. Accordingly, the Central Economic Working Conference in 2018 advanced that macro policy should enhance countercyclical adjustment, in order to stabilize total demand and ensure that economic operations are within a reasonable range in 2019.

This indicates that fiscal policy, which is the main part of macro policy, should be more active and more effective. From this perspective, the tax cut policy should benefit not only enterprises but also individuals. The individual income tax reform, thanks to the special deductions based on a higher tax threshold and optimum tax ratio, will benefit a large number of taxpayers, as well as make the macro policy countercyclical adjustment more effective.

Also, the tax reform will encourage people to spend more on consumption and thus boost overall domestic consumption, which is important to steer the economy away from being export-dependent toward one driven by consumption, quality growth and innovation.

In recent years, domestic consumption has become an engine for economic growth. So encouraging people to spend more on goods and services is crucial for upgrading and expanding the consumption structure and the continuous and stable development of the economy.

The individual income tax reform is also conducive to making the income distribution system fairer. With the rapid development of China’s economy and rapid growth of Chinese people’s incomes, individual income tax has become the third major source of tax revenue in China, after value-added tax and enterprises income tax.

Fairer distribution of fruits of development

The special deductions will make income distribution fairer as they take taxpayers’ actual situation into consideration, and reduce their economic burden, by deducting the amounts they spend on children’s education, housing rent, medical treatment and other necessities from their taxable income.

Although the individual income tax reform alone cannot help build an ideal income distribution system, it will improve it to some extent. But the individual income tax reform also poses a new challenge to the tax authorities. That the focus of China’s tax collection system is enterprises in the long run could also mean the tax authorities lack an effective tax collection mechanism for individuals.

Therefore, the classified and comprehensive combined tax collection system and the special deduction policy will be a major test for the existing tax collection mechanism as well as the tax authorities.

Allowing special deductions means introducing a new tax collection model, which in turn means the tax authorities have to change their approach, master a new tax calculation method and process massive amounts of tax-related information. And relevant departments including public security, public health, civil affairs and education have to help the tax authorities to verify relevant information related to individual income tax special deduction, and all departments should make concerted efforts to build an integrated information system, so as to minimize information fragmentation.

In other words, effective sharing and processing of the huge amounts of tax-related information is the basic premise of implementing the new individual income tax reform.

The author is a researcher at the National Academy of Economic Strategy, Chinese Academy of Social Sciences.