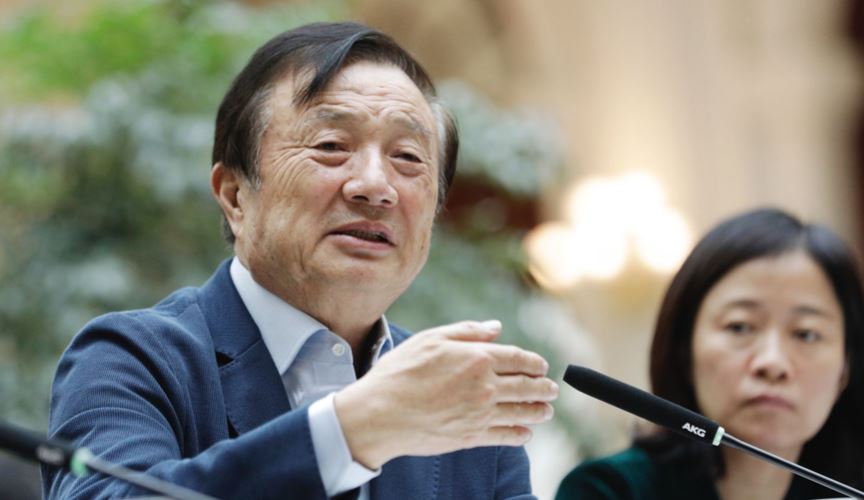 Huawei would never allow China’s government to access customer data, even if Beijing requested it, the CEO and founder of the company repeatedly emphasized Tuesday, amid continued political pressure on the Chinese technology giant.

In a rare sit down with international media, Ren Zhengfei addressed concerns raised by the U.S. government, which has warned that the company’s equipment could allow the Chinese government to have a backdoor into a nation’s telecommunications network.

Ren, speaking Mandarin and using a company-provided translator, told the group that Huawei has never handed data to Beijing.

“When it comes to cybersecurity and privacy protection we are committed to be sided with our customers. We will never harm any nation or any individual,” Ren told the journalists assembled at Huawei’s headquarters in Shenzhen, China.

“China’s ministry of foreign affairs has officially clarified that no law in China requires any company to install mandatory back doors. Huawei and me personally have never received any request from any government to provide improper information,” Ren added.

Ren, a former soldier in the People’s Liberation Army and a current Communist Party member, has faced several years of questions about his relationship between those organizations and his company. Despite his history, Ren told the representatives of the international media that his longtime affiliation with China’s authoritarian party would not affect his ability to fight against that same government if it requested user data.

“The values of a business entity is customer first, is customer centricity. We are a business organization so we must follow business rules. And in that context I don’t see close connection between my personal political believe and our business actions we are going to take as a business entity. And I think I already made myself very clear right now, we will definitely say no to such a request,” Ren said, when asked by CNBC about whether his ties to China’s ruling party would stop him from fighting any kind of data request.

Huawei has recently faced mounting global pressure. The company has been blocked from selling equipment to the U.S. for many years, but other countries, including Australia, New Zealand and Japan, have in recent months also excluded the company from supplying components for the next generation of mobile internet networks, known as 5G.

And his daughter, Meng Wanzhou, who is chief financial officer of the company, was arrested in Canada recently at the request of the U.S. Meng has been accused of fraud related to payments that violated U.S. sanctions against Iran.

“For President Trump as a person, I still believe he is a great president,” he said. “In the sense that he was bold to slash taxes. And I think that’s conducive for the development of industries in the United States.”

Meanwhile in Poland, law enforcement arrested a Huawei executive alleging that he colluded with a local official to create a way to collect government information via the company’s equipment in the country.

Ren was asked several times during the Tuesday discussion to comment on the detention of his daughter, but he declined to go into detail, citing the ongoing status of the legal case. Instead, he said he “trusts” the U.S. and Canadian legal systems are open and he will await the judgement of the court.

Ren said that 2019 could be a difficult year for Huawei, with revenue growing below 20 percent. The company, he said, is targeting $125 billion in revenue for the whole year. Huawei has not released its total revenue for 2018 yet, but Eric Xu, one of the rotating chairmen at the technology giant, told CNBC in November that sales would top $100 billion.

“In 2019 we might face challenges and difficulties in international markets. That is why I said … our growth next year would be less than 20 percent,” Ren said.

Last year, Chinese telecommunications network equipment firm ZTE saw its business hit hard after the U.S. found the company to be in violation of sanctions against Iran and North Korea. The verdict saw ZTE’s share price collapse and major parts of its business get suspended after the White House said the firm could not buy U.S. goods for its products.

Ren said Huawei would not suffer the same fate if his company were hit with similar sanctions to ZTE.

“We have been investing in R&D heavily for many years … what has happened to ZTE will not happen to Huawei,” Ren said.