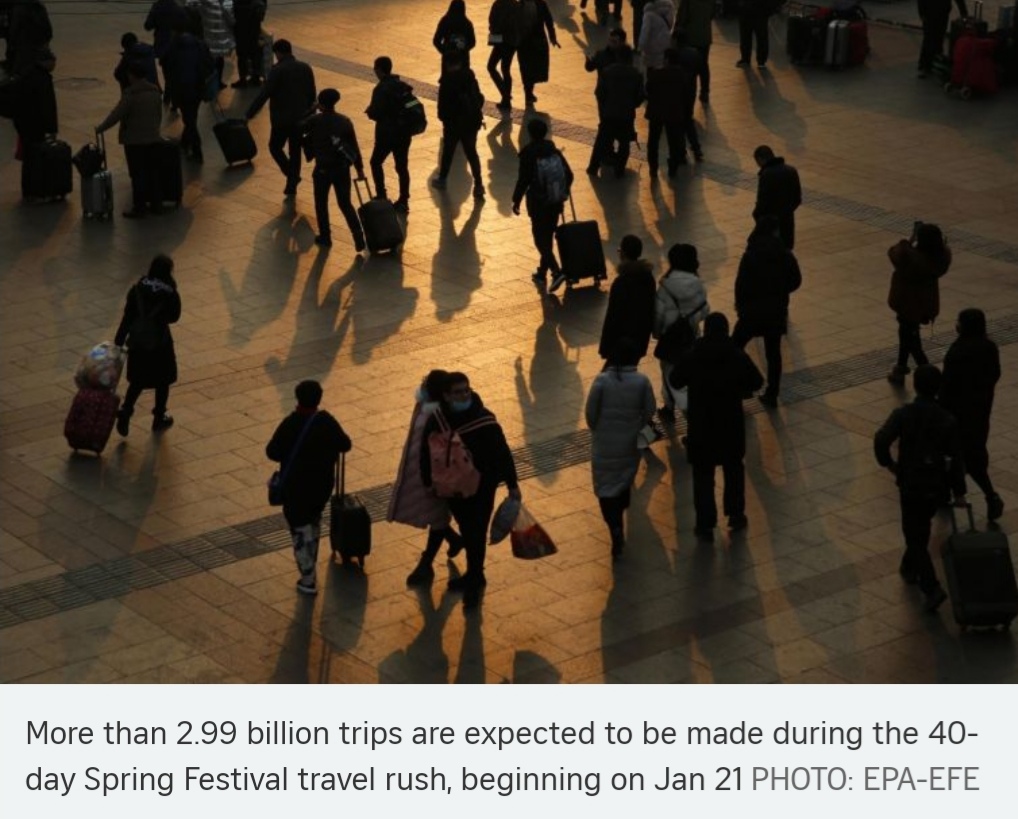 Nine government agencies have issued a notice calling for punishment of people who misbehave on transport during the Spring Festival travel rush.

The notice, issued by agencies including the National Development and Reform Commission and Ministry of Transport, said bad behaviour includes a range of actions on roads, railways, urban transport, passenger vessels and in civil aviation: from interfering with safe driving on buses to taking others’ seats on high-speed trains or disrupting social order on an aircraft.

Offenders will be banned from rail or air travel for a period of time.

According to the national credit information sharing platform, creditchina.gov.cn, 5,099 people have been banned from purchasing air tickets since June, with 1,604 banned from buying train tickets.

The notice said all misbehaviour should be included in offenders’ credit records. For example, violations on trains, which include smoking, travelling without tickets, failing to pay surcharges upon arrival, reselling tickets, using a fake ID or disrupting public order or railway safety, should all be recorded.

It said transport authorities should strengthen education and training of personnel to better deal with misbehaviour, encourage passengers to participate in stopping criminal behaviour that interferes with safe driving and cooperate with public security departments to punish bad behaviour.

The campaign focusing on the transport sector is part of a broader move to improve behaviour, toughen sanctions on wrongdoers and enhance public security and order amid an ongoing national campaign promoting Chinese credibility.

“A social credit system is indispensable for any modern government,” said Professor Zhu Lijia, professor of public management at the Chinese Academy of Governance. “Instead of giving fines or other light penalties, putting severe offenders on a public blacklist will be more effective in constraining their behaviour.”

More than 2.99 billion trips are expected to be made during the 40-day Spring Festival travel rush, beginning on Jan 21, including 2.46 billion by car, 413 million by rail, 73 million by plane and 43 million by ship.