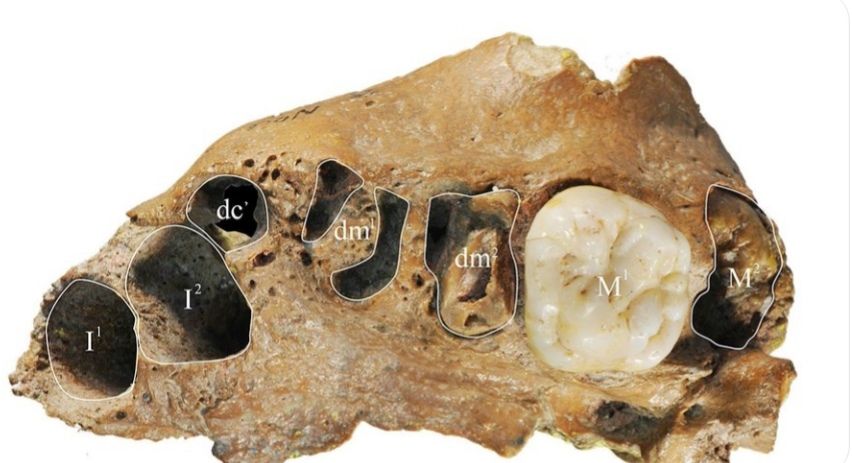 An international team led by Chinese archaeologists found that a relative of modern humans living at least 104,000 years ago in northern China had similar dental growth with that of modern humans.

The study published on Wednesday in the journal Science Advances showed that those East Asian archaic humans may have a slow life history and a prolonged childhood dependency like modern humans.

It is the first systematic assessment of dental growth in a fossil known as the Xujiayao juvenile, living between 104,000 and 248,000 years ago. Its growth lines in the teeth showed that the juvenile was about six and half years old, according to the study.

Xing Song, lead author of the study and associate research fellow in Institute of Vertebrate Paleontology and Paleoanthropology at Chinese Academy of Sciences, called the Xujiayao juvenile “a strange mosaic.”

They found so many features of this hominin were not modern, such as shape and thickness of the skull and the large size of the teeth.

“It has some affinities to archaic human relatives like the Denisovans and Neanderthals but with some modern features,” said Xing.

Teeth of modern humans take a longer time to develop, compared to those of their primate cousins, revealing that our juvenile rely on longer support from parental caregivers.

The study showed that the hominin juvenile’s first molar erupted a few months before his death and started to wear, according to a schedule similar to that of modern people.

They also found the perikymata, pits around the long prisms of tooth enamel, were similar to modern humans.

But the Xujiayao juvenile’s teeth roots grew quicker than those in modern humans. Enditem