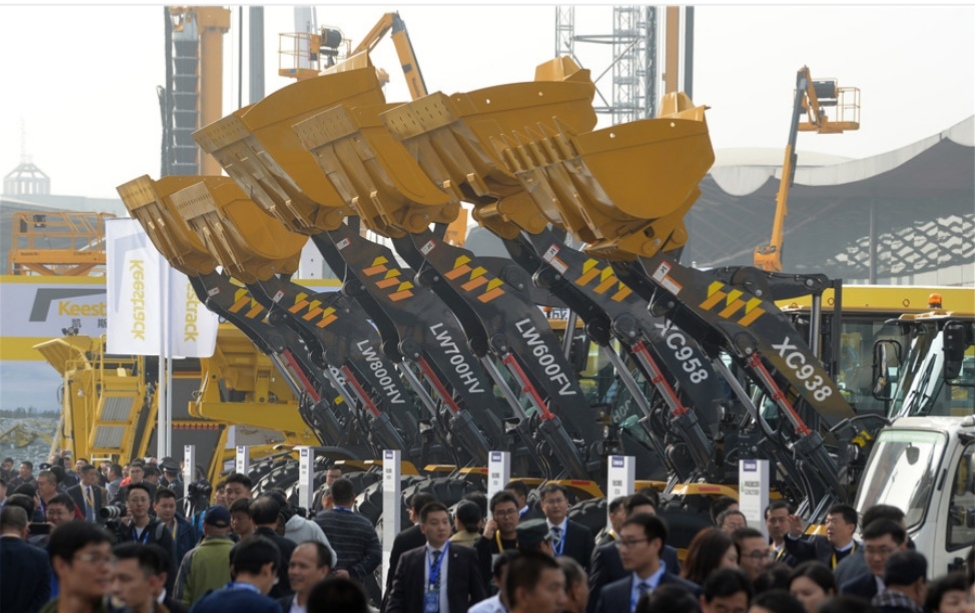 The booth of Xuzhou Construction Machinery Group at the Bauma China International Trade Fair in Shanghai.

A total of 203,420 digging machines were sold, up 45 percent year-on-year and registering a new record, according to data from 25 manufacturers. Most of the sales were made in the domestic market, with exports accounting for less than 10 percent of the total.

Sales of loaders gained 22 percent to 119,000 in 2018. Other products including crane trucks, heavy-duty trucks and bulldozers also reported robust sales.

The eye-catching growth was mainly driven by national projects and equipment upgrades of construction companies, Lyu said. In the first 11 months, combined revenues in the sector saw a forecast-beating 12 percent increase and hit a new high.

China is accelerating approval of infrastructure projects to stabilize investment and bolster the economy.

The top economic planner has approved construction of seven projects, such as inter-city railroads and a hydroelectric station, with a total investment of 485 billion yuan ($71.75 billion) this year.

Given the government emphasis on infrastructure, Lyu predicts the sector will maintain steady expansion this year, with total sales growth at 10 percent.