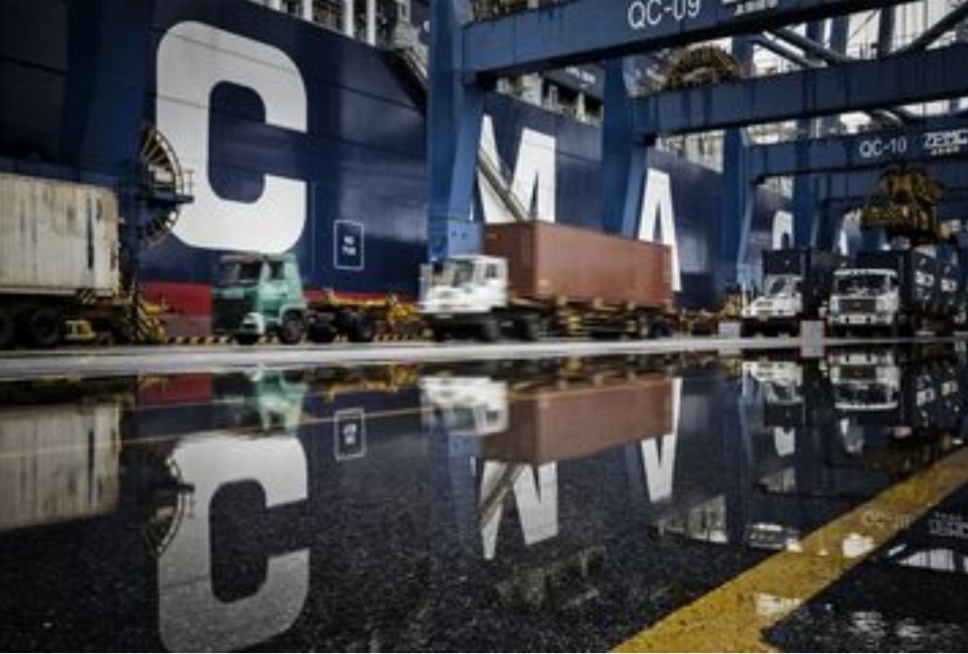 Trucks are reflected in a puddle as they wait in line to unload their containers onto a container ship docked at the Guangzhou Nansha Container Port in Guangzhou, China

China has offered to go on a six-year buying spree to ramp up imports from the U.S., in a move that would reconfigure the relationship between the world’s two largest economies, according to officials familiar with the negotiations.

By increasing annual goods imports from the U.S. by a combined value of more than $1 trillion, China would seek to reduce its trade surplus — which last year stood at $323 billion — to zero by 2024, one of the people said. The officials asked not to be named as the discussions aren’t public.

The offer, made during talks in Beijing earlier this month, was met with skepticism by U.S. negotiators who nonetheless asked the Chinese to do even better, demanding that the imbalance be cleared in the next two years, the people said. Economists who’ve studied the trade relationship argue it would be hard to eliminate the gap, which they say is sustained in large part by U.S. demand for Chinese products.

U.S. stocks extended gains and the dollar rose following the news. The S&P 500 Index rallied, climbing 0.8 percent by 10:36 a.m. and heading for its fourth weekly increase, while the dollar traded at session highs.

It’s not the first time China has made an offer to reduce the deficit as a way of trying to break the deadlock between the sides which has darkened the global economic outlook and roiled financial markets since last year. In May, Trump scrapped a framework for a deal negotiated by Treasury Secretary Steven Mnuchin that would have seen China “significantly” increase purchases of U.S. goods.

No decisions were finalized in the latest Beijing talks and discussions are set to continue at the end of January, when Chinese Vice Premier Liu He is scheduled to travel to Washington.

The U.S. will miss an opportunity for discussions with its trading partners after President Donald Trump canceled his trip and the U.S. delegation’s visit to the World Economic Forum in Davos next week amid the partial government shutdown. While no official plans were disclosed for U.S.-China negotiations at Davos, Chinese Vice President Wang Qishan is due to attend the gathering.

There’s no clear sign that such an offer would now have a greater chance of success or even if it is practically feasible. U.S. negotiators are also focused on matters including China’s alleged intellectual-property malpractices and state support of industry, disputes that are much harder to bridge. The Americans’ major sticking points were more prominent issues than China’s import plans during the latest round of talks in Beijing, one of the people said.

The offer implies raising the annual import total from $155 billion to around $200 billion in 2019 and in increasing steps thereafter, reaching an annual total of about $600 billion by 2024, one of the people said.