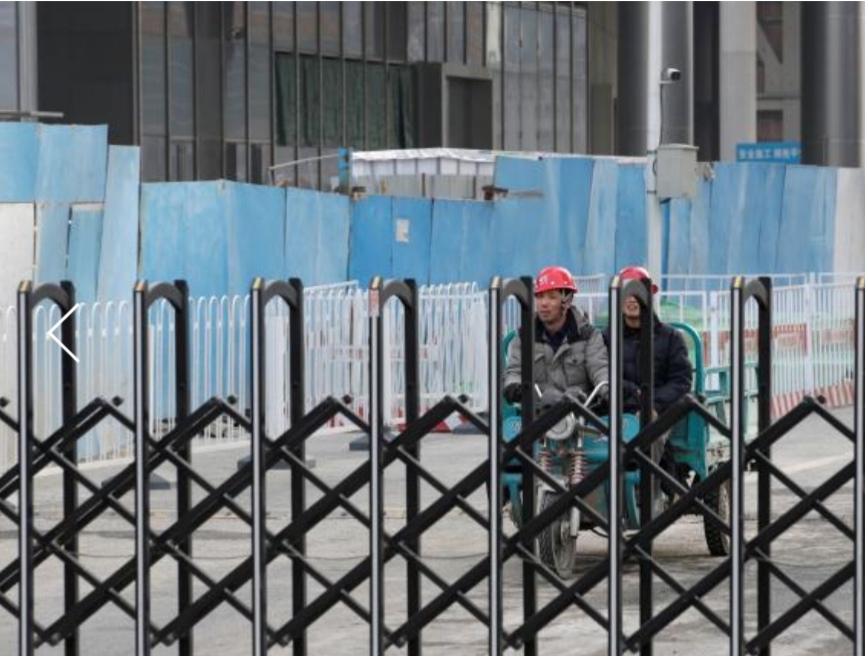 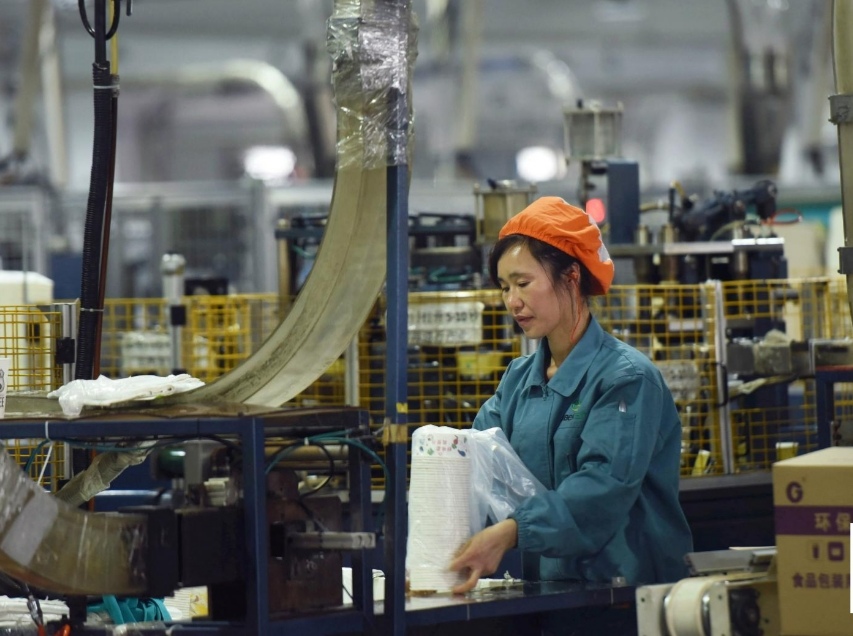 A woman works on a production line manufacturing paper tableware at a factory in Hangzhou, Zhejiang province, China January 21, 2019

China’s economy cooled in the fourth quarter under pressure from faltering domestic demand and bruising U.S. tariffs, dragging 2018 growth to the lowest in nearly three decades and pressuring Beijing to roll out more stimulus to avert a sharper slowdown.

Growing signs of weakness in China — which has generated nearly a third of global growth in recent years — are fueling anxiety about risks to the world economy and are weighing on profits for firms ranging from Apple to big carmakers.

Policymakers have pledged more support this year to reduce the risk of massive job losses, but have ruled out a “flood” of stimulus like that which Beijing has relied on in the past, which quickly juiced growth rates but left a mountain of debt.

“The government has means to support the economy. They can expand infrastructure spending and they can cut banks’ reserve requirement ratio. So we don’t need to worry about capital spending,” said Naoto Saito, chief researcher at Daiwa Institute of Research in Tokyo.

“But the problem lies in consumption. As the U.S. and China clash on many fronts, consumer sentiment appears to have been hurt. Until now, solid wage growth has been supporting consumption but now there appears to be a sense of vague anxiety about the future.”

Fourth-quarter gross domestic product (GDP) grew at the slowest pace since the global financial crisis, easing to 6.4 percent on-year as expected from 6.5 percent in the third quarter, the National Bureau of Statistics said on Monday.

With support measures expected to take some time to kick in, most analysts believe conditions are likely to get worse before they get better, and see a further slowing to 6.3 percent this year.

Despite a raft of policy easing steps so far, December data released along with GDP showed continued weakness across broad areas of the economy at the end of last year.

Factory output picked up unexpectedly to 5.7 percent from 5.4 percent, but it was one of the few bright spots, along with a stronger services sector.

While regulators have been fast-tracking construction projects, most of the gain appeared due to higher mining and oil production. Reuters calculations showed average daily steel output hit its lowest level since March as producers cut output amid shrinking profit margins.

Despite the slowing economy, Chinese officials also pledged to continue with a crackdown on air pollution that has weighed on the industrial sector.

Other data on Monday showed investment and retail sales continued to languish, while the jobless rate edged higher.

Fixed-asset investment rose 5.9 percent in 2018, the slowest in at least 22 years, as a regulatory crackdown on riskier financing and debt weighed on local government spending early in the year.

Property investment is also looking wobbly, with analysts waiting to see if Beijing will risk loosening restrictions on home buyers that have kept a potential housing bubble in check.

Though retail sales growth picked up marginally in December to 8.2 percent, the consumer strength gauge is around the weakest in 15 years. Auto sales in the world’s biggest car market shrank for the first time since the 1990s.

Officials recently pledged to boost consumer demand for big-ticket items from cars to appliances. But gains in disposable income are slowing, while household debt is on the rise.

Some factories in Guangdong – China’s export hub – have shut earlier than usual ahead of the long Lunar New Year holiday as new business dries up.

Even if China and the United States agree on a trade deal in current talks, which would be a tall order, analysts said it would be no panacea for China or its exporters.

Trade negotiators are facing an early March deadline and Washington has threatened to sharply hike tariffs if there are no substantial signs of agreement.

White House officials have given markedly different views on progress so far. China’s Vice Premier and lead negotiator Liu He is due to visit Washington for the next round of talks at the end of the month.

To free up more funds for lending, particularly to vulnerable smaller firms, the central bank has cut the amount of reserves that banks need to set aside as reserves (RRR) five times over the past year, and guided borrowing costs lower.

Further RRR reductions are expected in coming quarters, but most analysts do not see a cut in benchmark interest rates yet, as policymakers wait to see if earlier steps begin to stabilize activity.

More forceful easing could also pressure the yuan and aggravate high debt levels, with money going into less efficient or speculative investments as it often has in the past.

The government may unveil more fiscal stimulus during the annual parliament meeting in March, including bigger tax cuts and more spending on infrastructure projects.

Some analysts believe it could deliver 2 trillion yuan ($295.13 billion) worth of cuts in taxes and fees this year, and allow local governments to issue another 2 trillion yuan in special bonds largely used to fund key projects.

Still, some analysts do not expect the economy to bottom out convincingly until summer.