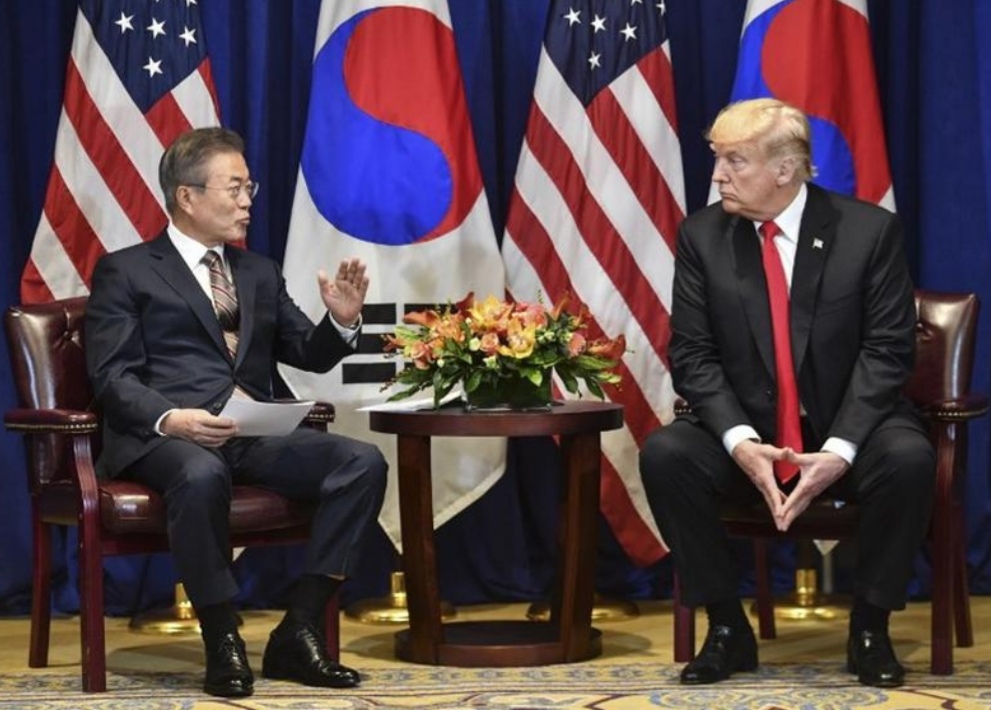 Trump’s spat with ally ROK raises fears of US pullback 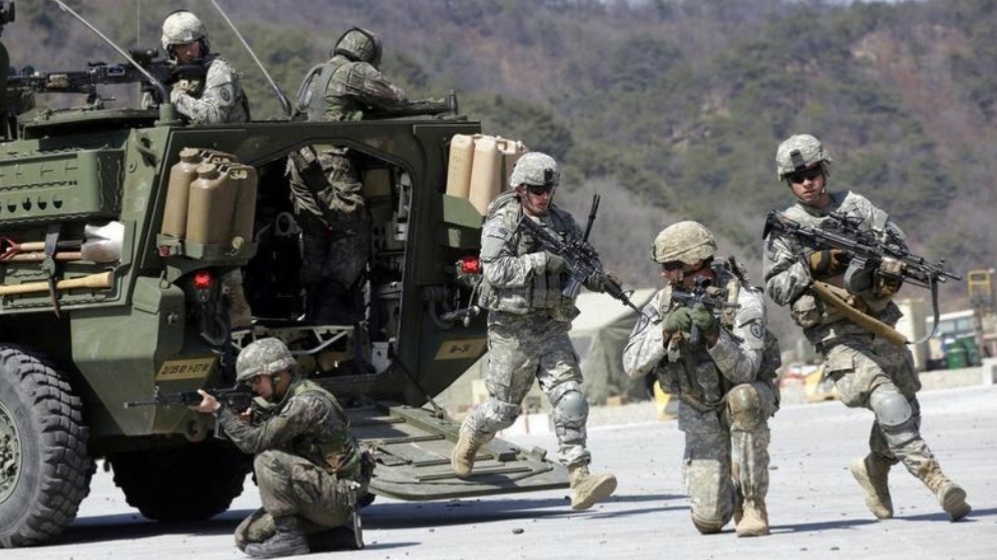 In this March 25, 2015 file photo, US and ROK soldiers take their position during a demonstration of the combined arms live-fire exercise as a part of the annual joint military exercise Foal Eagle between the ROK and the US at the Rodriquez Multi-Purpose Range Complex in Pocheon, north of Seoul, ROK

At issue is the Trump administration’s insistence that the ROK accepts as much as a 50 percent increase in what it pays for US military protection, including subsidizing the nuclear-capable bombers stationed thousands of miles away on Guam.

The dispute caused their cost-sharing deal to lapse on Dec 31 and, if it’s not renewed soon, ROK civilian personnel will face furloughs like the ones that just ended in Washington.

The prospect of getting a deal before an April 15 deadline seems poor, according to a ROK official familiar with the talks.

ROK President Moon Jae-in’s negotiators have sought help from people outside the direct talks, including US Secretary of State Mike Pompeo, said the official, who asked not to be named due to sensitivities of the discussions.

A State Department spokesperson said Friday that the ROK must contribute “significantly more” more than has offered to achieve what the administration believed was a fair balance of costs. The administration is asking all its allies to offset the cost of US deployments overseas, said the official who spoke on the condition of anonymity.

The dispute is among several issues weighing on the relationship as Trump – a frequent critic of the 70-year-old alliance – prepares for a second summit with DPRK leader Kim Jong-un next month. In recent weeks Kim has made demands that would weaken the military readiness of the allies, including seeking the removal of US “strategic assets” from the region and an end to joint drills.

The cost-sharing dispute was among the security issues left unresolved when former Secretary of Defense James Mattis resigned on Dec 20, citing differences with Trump over the value of alliances. The pact, which lasts five years and requires legislative approval by both nations, expired 11 days later.

While the US doesn’t detail ROK contribution to the deployment, American officials have said Seoul subsidizes about half of its local personnel costs. The ROK said it paid an estimated 960 billion won (US$849 million) last year, financing the construction of US military facilities and paying ROK civilians who work at military posts.

With the deal about to expire, the US suddenly requested 1.4 trillion won (US$1.2 billion) from the ROK, lawmaker Hong Young-pyo, the Democratic Party’s floor leader in the National Assembly, told ruling party officials Monday. “It is undesirable that one country’s unilateral demand undermines its ally’s trust and causes divisions,” Hong said.

In this Sept 24, 2018 photo, US President Donald Trump, right, looks on as President of the Republic of Korea (ROK) Moon Jae-in speaks during a bilateral meeting in New York. The Trump administration is putting fresh strain on US-ROK alliance

The real crisis won’t hit until April 15 when the ROK is scheduled to start paying civilian personnel.

“We are both very keen to get to agreement as quickly as possible,” ROK Foreign Minister Kang Kyung-wha told CNN on Thursday. “It’s still a back and forth. We are not there yet, but we are very much hoping to close the gap.”

The State Department declined to make Timothy Betts, the deputy assistant secretary of state for plans, programs and operations, available to discuss the negotiations. The department spokesperson said the US’s commitment to the ROK’s security remained “ironclad,” a description long preferred by both sides.

Trump has repeatedly expressed frustration with the open-ended troop deployment, saying after his meeting with Kim in June that he would “like to bring them back home, but that’s not part of the equation right now.” At the same time, he accepted a long-standing Kim demand and suspended major joint military exercises that the two sides have relied on to maintain readiness.

The moves have raised more doubts about the US’s commitment to the alliance than at any time since President Jimmy Carter considered withdrawing American troops in the 1970s. Kim has sought to tie the alliance to nuclear talks, with state media saying last month the US nuclear-armed aircraft and warships must be part of any disarmament deal.

The US’s demands have even managed to bridge the ROK’s partisan divide, especially one proposal to replace the five-year pact with a deal that legislatures from both sides must approve annually. The conservative-leaning editorial page of Chosun Ilbo, one of the biggest ROK newspapers, warned Trump on Thursday against using the alliance as a bargaining chip.