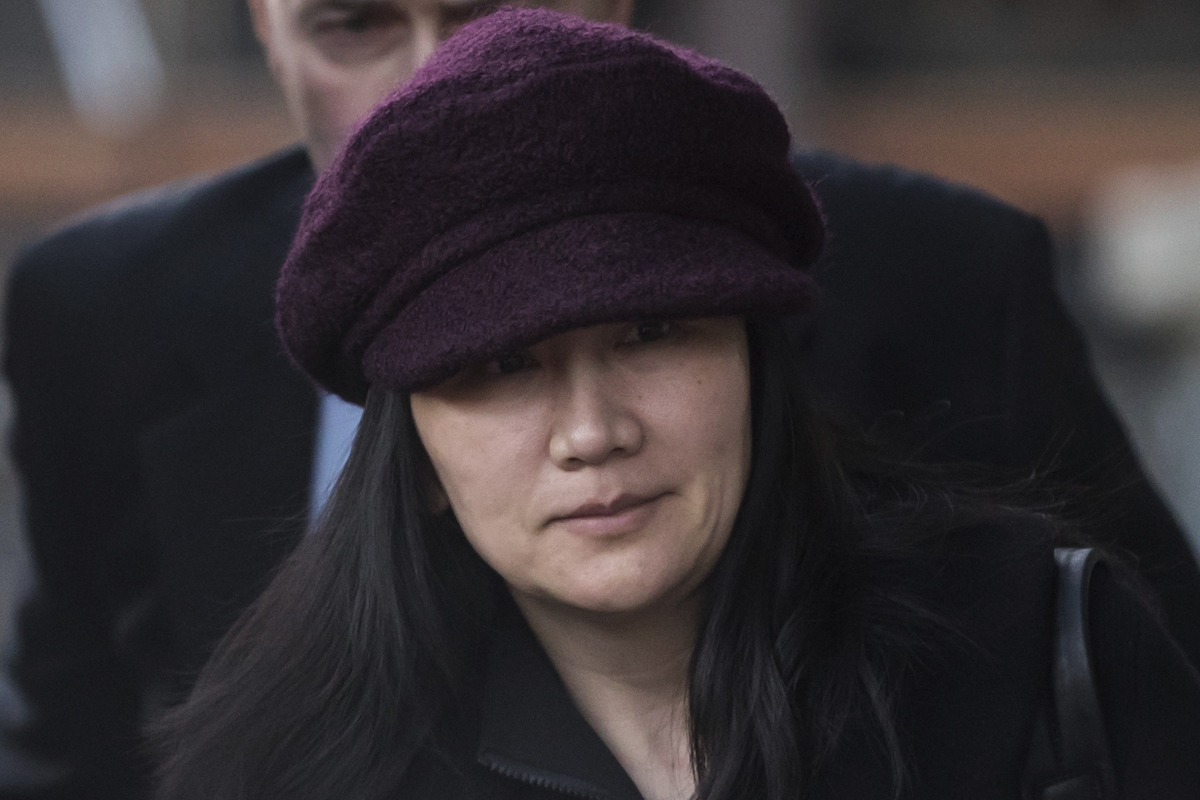 Huawei chief financial officer Sabrina Meng Wanzhou is set for a long battle as she fights extradition from Canada to the United States, a process that could be complicated by intervention from US President Donald Trump, analysts say.

Meng made a brief appearance before the British Columbia Supreme Court in Vancouver for a bail hearing on Tuesday.

The judge, William Ehrcke, who granted her bail request last month, pushed back Meng’s next court appearance by one month, until March 6, adding that proceedings could take some time – even years.

While Canada has granted extradition in over 90 per cent of cases in the past decade, this instance is overshadowed by the China-US trade war.

American officials have denied that the charges against Meng, the daughter of Huawei’s founder, are linked to the trade war and high-stakes trade talks in Washington this week.

Chinese Vice-Premier Liu He is in the US capital to try to resolve trade tensions ahead of the end of a tariff ceasefire deadline on March 1, the same deadline Canadian Justice Minister David Lametti has to make a decision on whether to issue an authority to proceed with the US extradition request.

The US Department of Justice said it formally requested Meng’s extradition on Monday on charges that Meng and Huawei violated US sanctions against Iran and stole technology from US telecoms firm T-Mobile.

Meng faces 13 counts, including for money laundering and bank fraud. She was arrested in Vancouver in December at the US’ request.

Despite denials from senior US officials such as Secretary of Commerce Wilbur Ross, Meng’s arrest and the Washington trade talks were linked when Trump said in December that he would “certainly intervene” with the DOJ in her case if he thought it necessary and if it would help secure a trade deal with Beijing.

But observers said this could be difficult and would have implications for the independence of the US and Canadian judicial systems.

Scott Kennedy, a China specialist from the Washington-based Centre for Strategic and International Studies, said that if Trump was going to be involved, the opportunity disappeared after the US submitted its formal paperwork to extradite Meng.

“Going forward, this case will be handled by judiciary authorities and lawyers in both sides and there would be little room, if any, for outsiders to intervene,” he said.

International trade law specialist Mark Wu, from Harvard Law School, said that because the criminal charges against Huawei and Meng were overseen by the Department of Justice, Trump could intervene though his acting attorney general, Matt Whitaker.

“However, he should exercise extreme caution in doing so and not undermine the rule of law,” Wu said. “Any perception that her arrest is meant to offer political leverage in upcoming trade negotiations could jeopardise the success of the ongoing extradition hearings in Canadian court.”

That extradition request could be turned down if the case “seems to be a political agenda of a grander nature”, according to Gary Botting, a Vancouver extradition lawyer who has advised Meng’s legal team.

Botting said Canada could also reject the request if the alleged offences were not criminal ones in Canada. Canadian courts can only grant extradition if Meng was found to have violated not just US but also Canadian criminal law, fulfilling the concept of “dual criminality”, he said.

“The alleged breach of US sanctions against Iran are not breaches of Canadian law. There is no parallel in Canadian law,” Botting said. “In other words, dual criminality does not apply, where extraterritoriality is a factor.”

Meng and Huawei have denied the allegations but if convicted, Meng could face decades in jail and Huawei could be slapped with sanctions and damages.

The case highlights a broader strategic clash between Beijing and Washington over China’s state-backed industrial plans to become a tech superpower. The US has repeatedly accused China of forcing technology transfers to Chinese joint venture partners and subsidising state-owned firms, issues that are at the heart of the ongoing trade war.

Joe Campbell, former assistant director at the US Federal Bureau of Investigation and serving director at Chicago-based Navigant Consulting, said it was difficult to anticipate what Trump might do but interference with the judicial process would undermine rule of law and public confidence in the system.

“It would send the wrong message to criminals, that if they have the right connections or are affiliated with the right political situation, they could evade justice,” Campbell said.

Leo Peng, chief representative and managing director of the Beijing office of law firm Garvey Schubert Barer, said Meng’s indictment was unlike any he had ever seen.

“These are complicated times,” Peng said. “Money laundering is a very serious offence, and misrepresentation to the bank officials … for the purpose of getting a transaction through, that is certainly a violation [of US sanctions], but of course, open to interpretation and judgment.”

He said the extradition request would take several years to go through the Canadian courts, and a decision would depend on the substance of the charges.

“Who knows what’s going to happen over the coming years,” Peng said. “Ms Meng is likely going to be restricted of her travel freedom for a while.”