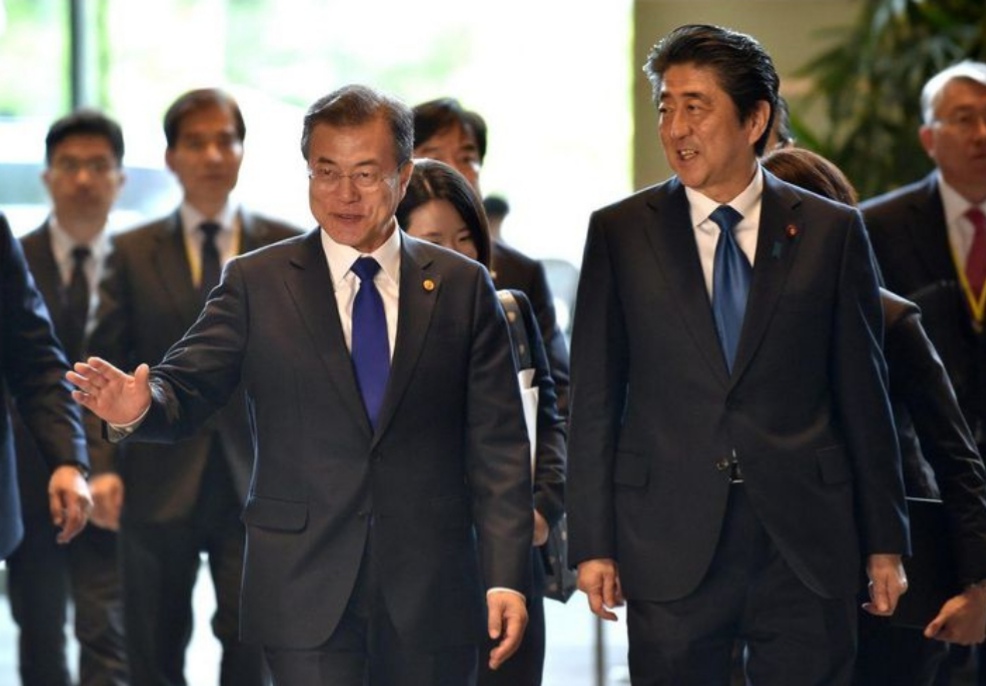 Japan-South Korea Tensions Spur The Need For Courage And Creativity

By: Scott Snyder and Brad Glosserman 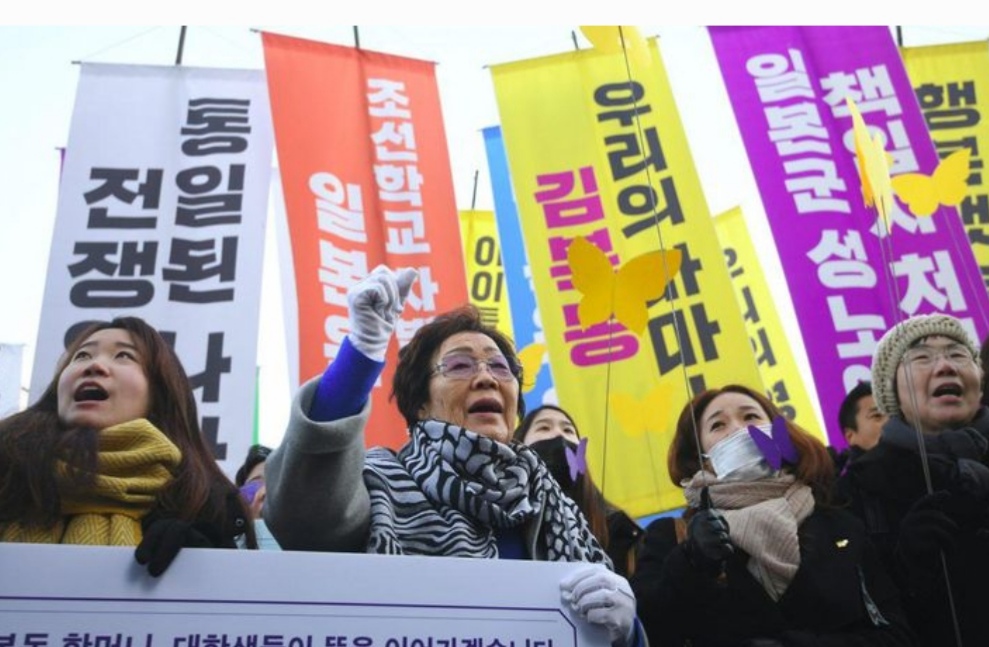 Former South Korean “comfort woman” Lee Yong-soo (second from left), who was forced to serve as a sex slave for Japanese troops during World War II, and mourners shout slogans during a funeral ceremony for Kim Bok-dong near the Japanese embassy in Seoul on Feb. 1, 2019. Kim Bok-dong was a symbolic figure for weekly rallies in front of the embassy that started in 1992, demanding a full apology from Tokyo.

A series of incidents have driven relations between Japan and South Korea to new lows. Frustration has mounted as each government has blamed the other for the sorry state of affairs. Though domestic politics is partially to blame, the real problem is more deeply rooted.

Each country sees the other as the cornerstone of its own national identity, and their respective self-images make conflict inevitable. While the U.S. can help the two countries address this problem, only courageous and inventive leadership in Tokyo and Seoul can resolve it.

Recent incidents that have roiled the Japan-ROK relationship include:

Other longstanding issues include:

For most observers, the source of tension between the two countries is the legacy of Japan’s occupation and colonization of the Korean Peninsula from 1910 to 1945.

Imperial Japan was a brutal occupier and that period’s lasting impact continues to sour relations, despite the 1965 agreement to normalize relations and geopolitical factors—alliances with the U.S., shared values and interests, and common threats (North Korea in particular)—that seemingly ought to force the two countries toward closer relations.

South Korea’s President Moon Jae-in (left) walks with Japan’s Prime Minister Shinzo Abe (right) prior to their meeting at Abe’s official residence in Tokyo on May 9, 2018. The two leaders met after a trilaterial meeting between Japan, China and South Korea earlier in the day.

The real cause of strained relations, however, lies less in past disputes than in the present and the future—that is, each country’s conception of itself. The Republic of Korea has established its nationhood narrative in opposition to the experience of Japanese colonial rule. The occupation inflicted extraordinary pain on the Korean people and ended with a division between North and South Korea that persists to this day. Despite South Korea’s extraordinary successes—overcoming authoritarian rule, building a vibrant democracy, and creating the world’s 11th largest economy all in the shadow of an existential threat from North Korea—the core of modern South Korean identity is the struggle against Japan.

Korea is also central to Japanese national identity, but in a different way. Korea is a direct challenge to the national narrative that Japan is a peaceful nation and was also a victim of World War II. The Korean perception of Japan as a predator that has not rectified the harm it inflicted and cannot be trusted to not repeat that history clearly contradicts the post-war Japanese self-image as a peaceful state, and belief that in 1945 there was a profound break with the past.

Both national identities cannot be true at the same time, and therein lies the problem: the assertion of one identity undercuts the legitimacy of the other.

Fortunately, national narratives are constructed. They are built by elites through storytelling and the writing of national histories and the symbols and ceremonies are used by contemporary governments to build and sustain support of their publics.

In a nation-first era, both governments intentionally emphasize the discord in their relationship rather than the positive elements. But leaders in Seoul and Tokyo can overcome this narrative with courage and imagination.

They can adopt a different perspective that emphasizes common values and concerns. A more long-term outlook would acknowledge the difficulties the two countries face and affirm that they will be better able to surmount these challenges by working together, rather than by using the other as a foil or scapegoat.

The U.S. can help this process along and, in the past, Washington has been instrumental in facilitating better relations between its allies. This problem requires attention from the highest levels of the U.S. government, and so far that effort has not been forthcoming. That is a mistake. The U.S. should do more not only to align its allies as they attempt to deal with critical security concerns, but also to help lay the foundation for a stable and genuinely cooperative trilateral relationship.