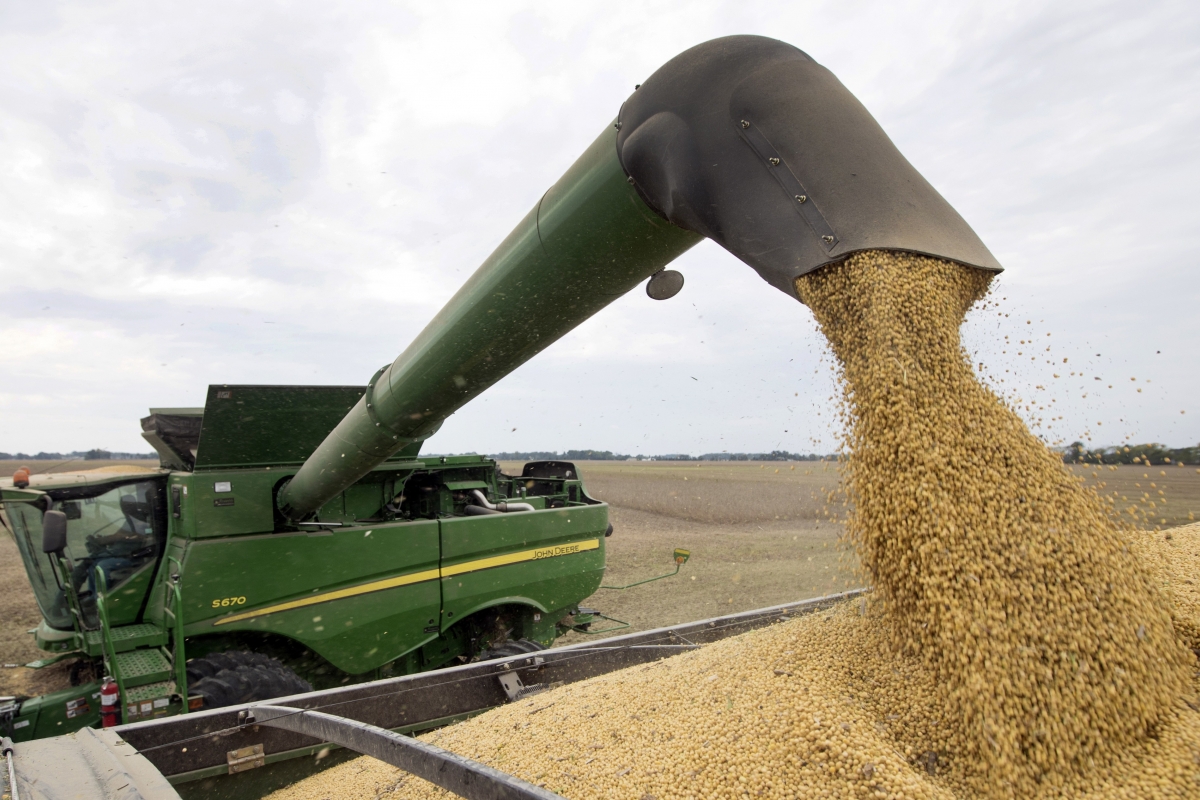 China’s surprise pledge this week to buy more American soybeans has failed to convince US farmers that brighter days lie ahead.

In a meeting with Donald Trump in the Oval Office on Thursday, Liu He, China’s vice-premier and lead trade negotiator, told the US president and his advisers that China was committed to purchasing another 5 million metric tonnes of American soybeans.

The announcement, which was not discussed or anticipated as part of the trade negotiations, was seen as an olive branch extended by China in the hope of moving the two sides closer to the finish line of a trade truce. Trump responded with a quip that the deal would “make our farmers very happy”.

But US soybean farmers and exporters, acknowledging the news as “encouraging” and “positive”, stressed that the damage done to the industry from the trade war was far from over.

“It’s a good movement,” said John Wesley Boyd, a mid-scale farmer from southern Virginia producing on 375 acres of soybean crop. “But I don’t see the pendulum swinging back towards me as a producer in the field.” 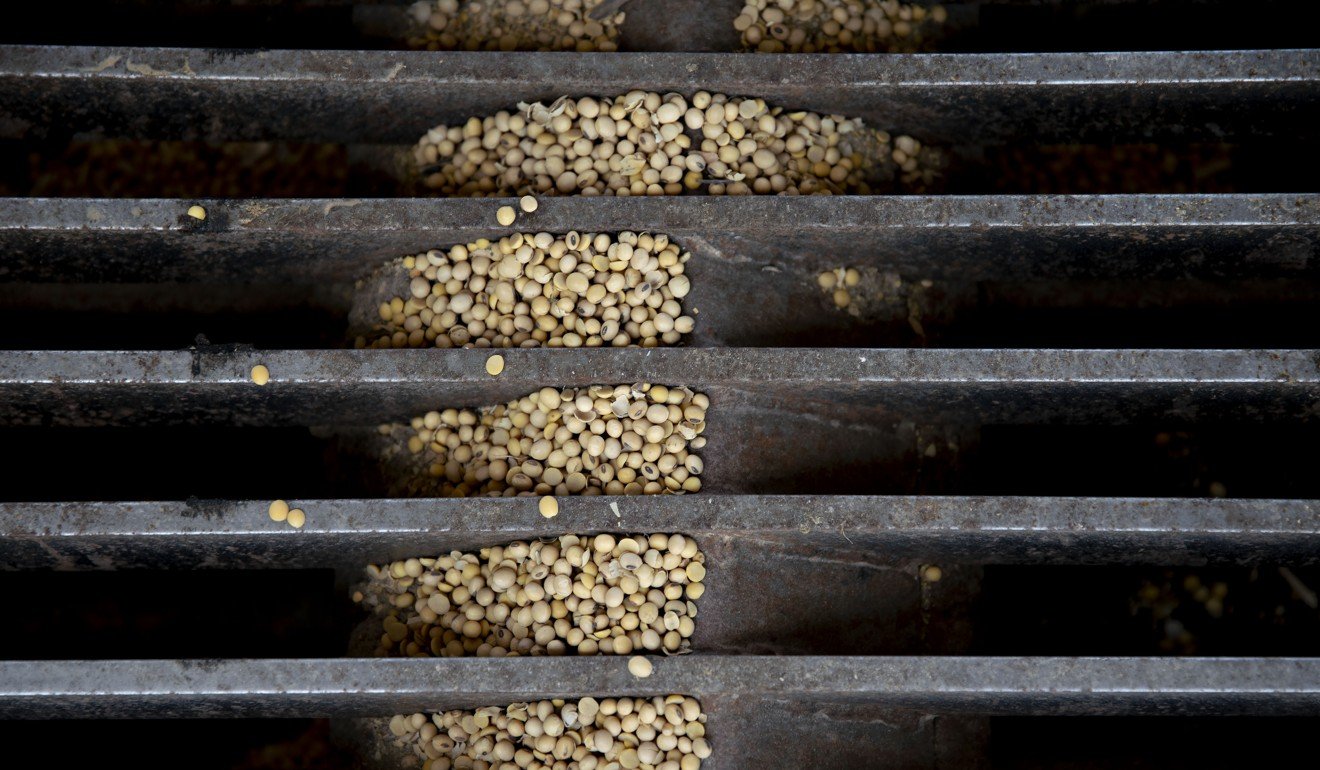 Many American soybean growers were crushed by falling prices when they suddenly lost their biggest buyer last year. Photo: Bloomberg

Like Boyd, many American soybean growers were crushed by falling prices due to the sudden loss of their biggest buyer after the trade war began last year.

China imported 88 million tonnes of soybeans last year, down from 95.5 million in 2017, according to Chinese customs data.

Until 2018, the US was the largest exporter of soybeans to China, averaging at 30 million to 35 million metrics tonnes a year. That largely ended last summer when soybeans were caught in the crossfire of the trade dispute.

In July, China, the world’s largest importer, slapped a 25 per cent tariff on US soybeans in retaliation against US duties on Chinese goods. As the trade war heated up, soybean prices plummeted, stockpiles stacked up and farmers struggled to turn a profit.

Illinois, the largest soybean producing state in the US, was exporting a third of its soybeans to China before the trade war. The state produced a record 18.7 million metric tonnes of beans in 2018 – almost none went to China.

“This [announcement] is a good step forward but we’re going to reserve our enthusiasm until the contract is happening,” said Mark Albertson, director of strategic market development at the Illinois Soybean Association.

“We won’t be comfortable until the tariffs are completely removed,” he said. Besides, he added, it was yet to be seen whether the promise of additional purchases would actually come to fruition.

This time could be different. On Saturday, China’s largest food processor Cofco Group said it
recently bought “millions of tonnes” of US soybeans

. The state-owned firm said in a notice the purchase was part of its efforts to implement a “consensus” on trade agreed between Beijing and Washington.

But prices did not budge much after the news, indicating the market was doubting how much impact the 5 million tonnes might have on a demand change globally.

Since the trade war, most of China’s soybeans have come from Brazil. Last year, the bulk of the country’s 80 million tonne export went to China.

In response to China’s announcement, a senior official in Argentina’s soybean industry said the 5 million tonne commitment would not move the needle much because it was a small number.

“It is not worrisome because Argentina can look to export its beans and oil to Europe and other Asian countries to make up for the potential drop from China,” said the official, who did not want to be named due to the sensitivity of the issue.

It could result in a slight reshuffle in the supply chain, some analysts said, meaning China would just buy more from the US and less from Brazil and Argentina.

“It is going to change where the supply comes from, but it’s not really going to have a huge change in prices, and you are not going to see the misery of soybean farmers from other countries,” said Lori Wallach, director of Public Citizen’s Global Trade Watch.

Soybean prices ticked up slightly to US$8.35 per bushel – a unit of volume used to measure dry goods that equates to about 35 litres – after the announcement. But that was still only just over half the US$16.20 peak of 2012.

China’s latest pledge followed a previous commitment after the meeting between Trump and his Chinese counterpart Xi Jinping in Buenos Aires on December 1. China booked an estimated 5 million tonnes of US soybeans in a three-part purchase as a first goodwill gesture since the tariffs war escalated over the summer. That purchase stemmed the free fall of soybean prices.

Since the trade war began, the US government has doled out US$7.3 billion to help soybean farmers hurt by retaliatory tariffs, according to the US Department of Agriculture.

But for Boyd, after months of waiting, the subsidy still has not reached him. Boyd, who is also president of the National Black Farmers Association, a non-profit organisation representing African American farmers in the US, said he felt sidelined by a government that favoured large producers.

The pain has been particularly sharp for smaller farms because many operate with less storage, and some, like Boyd, with none.

“When I harvest, I’m loading my trucks up and taking them straight to the station. When they say ‘John I’m not taking any soybeans today’, then I’m like the outdoor toilet: crap out of luck,” he said.

“We’re just not in a position to play those types of political games.”

And in the longer term, things look even dimmer.

China’s consumption of soybeans, which are processed into oils and ground into feed for the country’s hog herd, is poised to grow with an expanding population and higher living standards. More than 80 per cent of soybean consumption will come from imports, according to “China Soybeans Imports Outlook”, a research report by Research and Markets.

Albertson said that in its bid to reduce reliance on American soybeans, China had moved forward to replace all the soy it bought from the US with synthetic alternatives, as well as Brazilian and domestically produced crops.

In a recent trade mission to China, he said he walked away convinced “that the Chinese don’t really need US soy down the road”.

“For US soy producers, if the trade war ends tomorrow, we will likely not get back to where we were before the trade war started,” he said. “It’s not just alarming, it’s terrifying.”

Soybean farmer Boyd said that made it imperative that the US started considering back up plans.

“Do we simply depend solely on the China market or does the administration get down into the nitty-gritty and start looking at other markets that we could be selling US soybeans to?”

For Boyd, whatever line the administration takes, it must translate to higher market prices, regardless of where the market is.

He said he hoped “the end result will be higher prices for the last man on the totem pole of farmers like myself”.