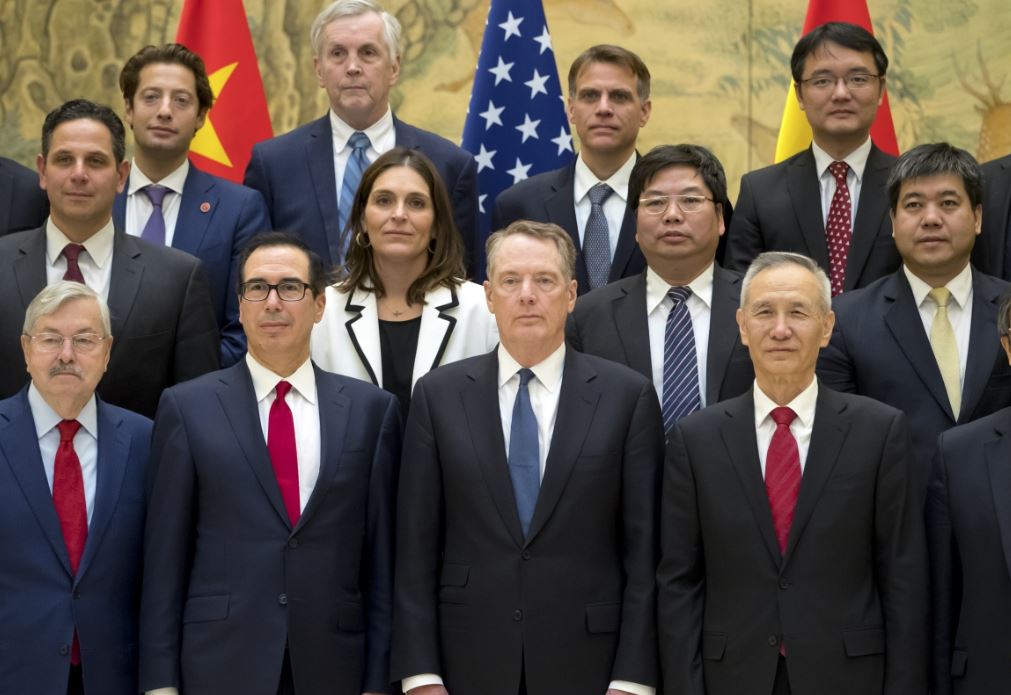 China and the United States have agreed to continue talks in Washington next week after two days of negotiations in Beijing produced “progress” but not enough to seal a deal to end the trade war, a source briefed on the talks said.

“Talks will continue next week among the same group of people, but at a different place,” the source, who declined to be identified, told the South China Morning Post.

“The last two days in Beijing made progress but not enough to seal a final deal.”

The source added that the Chinese delegation may leave Beijing on Tuesday.

China’s Vice-Premier Liu He met US counterparts including Trade Representative Robert Lighthizer and Treasury Secretary Steven Mnuchin in the Chinese capital on Thursday and Friday.

Mnuchin tweeted that
he and Lighthizer had held “productive meetings

with China’s Vice-Premier Liu He” before meeting President Xi Jinping on Friday.

After the meeting with Xi, a report on state broadcaster CCTV confirmed that officials would continue negotiations in Washington next week.

“I hope you can make persistent efforts to push forward an agreement that can benefit both sides,” Xi was quoted as saying.

He said officials from both nations should properly manage their differences and step up communications to ensure the healthy development of their trade relationship, but added that “principles must be adhered to”.

“We are willing to resolve the issues through cooperation and seek an agreement acceptable to both sides,” Xi said.

‘Like pulling teeth’: In trade talks, China and US said to be far apart on structural changes by Beijing

At the start of the meeting, Lighthizer said “very difficult issues” remained after two days of talks.

“We have had two very good days of negotiations,” Lighthizer said. “We feel that we have to make headway on some very, very important and very difficult issues. We have additional work to do but we are hopeful.”

Xi and US President Donald Trump agreed to a 90-day truce when they met in Buenos Aires on December 1.

If China and the United States fail to reach a deal or agree an extension of the deadline, the US could increase tariffs on US$200 billion worth of Chinese products from 10 per cent to 25 per cent.

Trump said earlier this week that he could extend the March 1 deadline and that and he was looking forward to meeting Xi in the near future.