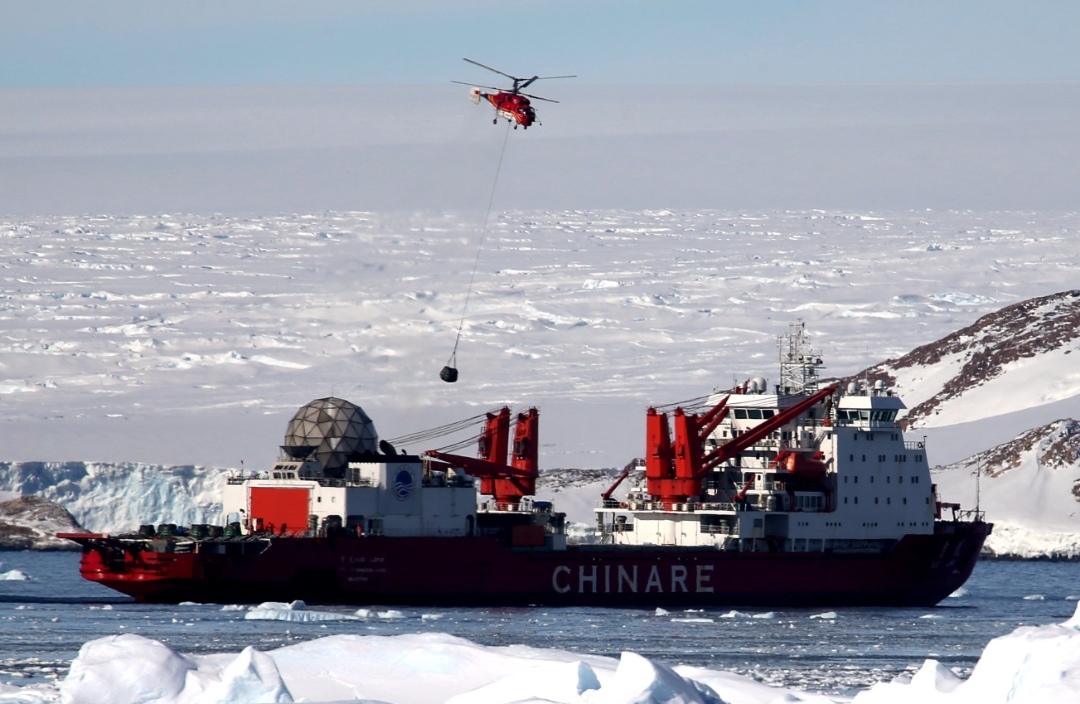 China’s research icebreaker Xuelong, with 126 crew members aboard on the 35th Antarctic research mission, on Thursday local time left the Zhongshan Station on its way back to China.

Xuelong arrived near Zhongshan on Feb. 9. It supplied the station with fuel oil, then picked up summer expedition team members at the Kunlun, Taishan and Zhongshan stations, as well as members of the fixed-wing aircraft project.

Sixteen members of the Kunlun team previously completed all scientific expeditions at Dome Argus (Dome A), the South Pole’s highest icecap. They, together with 21 members of the Taishan team, returned to Zhongshan on Feb. 8.

The Zhongshan team completed tasks including installation of and tests for LiDAR, drilling of ice bedrock, atmospheric sounding observation, surveys of birds and aerial exploration carried out by the fixed-wing aircraft.

Also known as the Snow Dragon, the icebreaker carrying a research team set sail from Shanghai on Nov. 2 last year, beginning the country’s 35th Antarctic expedition. It is expected to arrive in Shanghai in mid-March.