Latest News
Home Business Elon Musk: Tesla will have all its self-driving car features by the end of the year 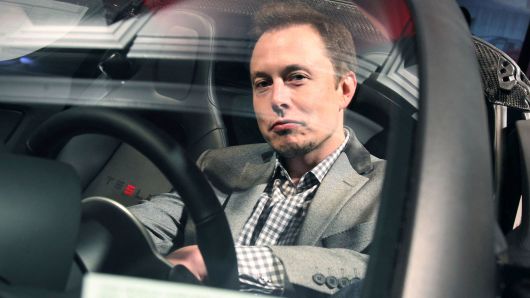 Elon Musk: Tesla will have all its self-driving car features by the end of the year

Tesla CEO Elon Musk expects that the electric car maker will have the technology needed to essentially operate vehicles without drivers by the end of the year.

The entrepreneur made the comment on a podcast with Cathie Wood and Tasha Keeney of ARK Invest, a firm that owns shares in the company. Tesla’s automated driver assistance system Autopilot has garnered both positive attention for the sophistication of its features and negative attention for its association with a number of high-profile accidents.

“I think we will be feature complete — full self-driving — this year,” Musk said. “Meaning the car will be able to find you in a parking lot, pick you up and take you all the way to your destination without an intervention, this year. I would say I am of certain of that. That is not a question mark.”

This is in line with previous comments Musk made on Tesla’s fourth-quarter earnings call.

“However,” he added, “people sometimes will extrapolate that to mean now it works with 100 percent certainty, requires no observation, perfectly. This is not the case.”

In addition, the speed at which the technology makes it into the hands of customers depends on what regulators will allow, Musk added.

However within two years, the technology ought to be there for cars to operate without any help from a driver at all.

“My guess as to when we would think it is safe for somebody to essentially fall asleep and wake up at their destination? Probably towards the end of next year,” he said. “That is when I think it would be safe enough for that.”

ARK Invest has a significant investment in Tesla — the carmaker comprises about 8 percent of its holdings. The firm has a famously high $4,000 price target on the stock, but recently sold a portion of its share in the company.

One of its flagship ETFs has reduced its share in Tesla, though the stock remains one of ARK Invest’s top holdings across several funds.