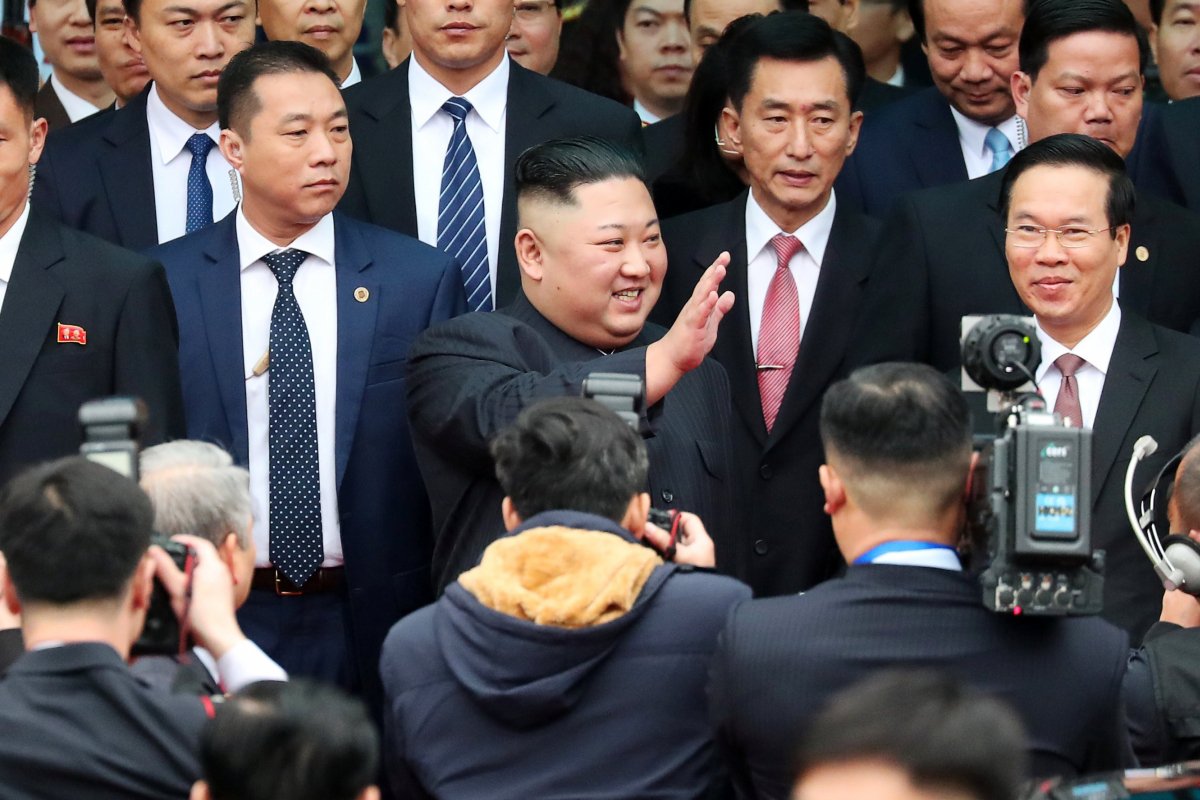 North Korean leader Kim Jong-un and US President Donald Trump will conduct their summit over the course of two days in Hanoi, starting with a one-on-one meeting on Wednesday before a dinner that evening.

On Thursday, the two leaders will have a “series of back and forth” meetings, according to White House press secretary Sarah Sanders, who briefed reporters aboard Air Force One as Trump left the US. The US president is expected to arrive in Hanoi later on Tuesday, with US Secretary of State Mike Pompeo already in the Vietnamese capital.

Kim, escorted by dozens of motorcycles and black vans, arrived at the Melia hotel in Hanoi around 11am.

Earlier, he arrived by train at the border station of Dong Dang and was welcomed with a military salute reminiscent of the fanfare that greeted his grandfather Kim Il-sung more than half a century ago.

His heavily armoured train pulled into the station just after 8am (9am Hong Kong time), after a 65-hour, 4,500km journey from Pyongyang via mainland China. Just as they did during Kim Il-sung’s visit 55 years ago, a dozen Vietnamese soldiers in white and green uniforms saluted the 35-year-old leader as he emerged from the train and walked on the red carpet.

As a Vietnamese marching band played music to welcome Kim to the country for the first time, hundreds of bystanders waved flags of North Korea and Vietnam. Kim then got into a bulletproof Mercedes Benz limousine for the 170km journey to Hanoi, with about a dozen bodyguards jogging alongside his car as it set off.

Kim and Trump are meeting to agree on the North giving up its nuclear weapons programme, and Washington is hoping for substantive progress during the talks. It is the second time the two leaders are meeting since June 12 last year in Singapore, when they signed a vague declaration on the denuclearisation of the Korean peninsula.

During Kim’s journey through China, social media users monitored the progress of his train – along with road closures, delays and resulting traffic jams – on Weibo.

American culture in North Korea: would you like fries with that?

“Those watching Leader Kim’s Changsha road situation, has he made it to Changsha yet?” wrote one user, referring to the capital city of central Hunan province. “Changsha friends, are you ready?”

“This train is so slow,” commented another. “Yesterday it arrived in Zhengzhou – it’s only now made it to Wuhan.”

Experts said his travel route to Hanoi demonstrated Pyongyang’s trust in Beijing at least in the area of security and could also be aimed at solidifying the dictator’s rule by further invoking the memory of his grandfather, Kim Il-sung.

The armoured train carriages were the favoured mode of transportation for his father Kim Jong-il and his grandfather Kim Il-sung. Kim Il-sung also used the armoured train when he visited Vietnam in 1958, passing the Chinese cities of Beijing, Wuhan and Guangzhou. He flew to Hanoi from Beijing.

Lee Yun-keol, a former North Korean Guard Command personnel who was responsible for the Kim family’s security, said it was “somewhat unusual” for Kim to publicise the trip prior to his arrival.

“The Kim family’s travelling routes were usually made public after they completed their trip in the past … But taking the armoured train was long considered the most stable mode of travelling among the North Korean officials, as the train – which is capable of even carrying a small missile – is believed to be ideal for Kim’s security,” said Lee, who defected to the South in 2005.

Kim may also be aiming to send a message to the US prior to the summit by travelling through China, Lee added.

“Kim may have wanted to show off his new relations with Xi Jinping via using railways in China. He would like to show the restoration of its special relations with China, and would like to use China as a security guarantee to pressure the US into corresponding measures,” he said.

Cheong Seong-chang, vice-president of research planning at the Sejong Institute, said: “Kim Jong-un may have tried to bring nostalgia to the North Koreans of Kim Il-sung, by taking the similar travelling route of his grandfather to Hanoi. Kim Il-sung is still the most respected leader among the North Korean people. He may have wanted to use his grandfather’s reminisce, to maximise the effect of his journey.”

Kim has long attempted to replicate his grandfather’s image – evident in his haircut and gaining weight – to strengthen his legitimacy to rule.

“Kim’s train journey would also enable a Xi-Kim summit on his way back to Pyongyang. He may stop in Beijing on his way home, which would allow the opportunity to debrief about the summit result to Xi,” Cheong said.

Meanwhile, the Chinese side compromised its railway transport schedules to enable Kim’s journey to Hanoi.

A source in Beijing who declined to be named told the Post that Kim’s train journey was expected to cause massive disruptions to China’s railway transport schedules, especially for railway cargo transport.

“The impact [of Kim’s trip on China’s railway transport schedules] could be bigger than a natural disaster,” the source said. “It may take over a month for all railway shipments to resume to normal.”