Latest News
Home News Will China declare Kashmir attack group leader a terrorist? Everyone else has 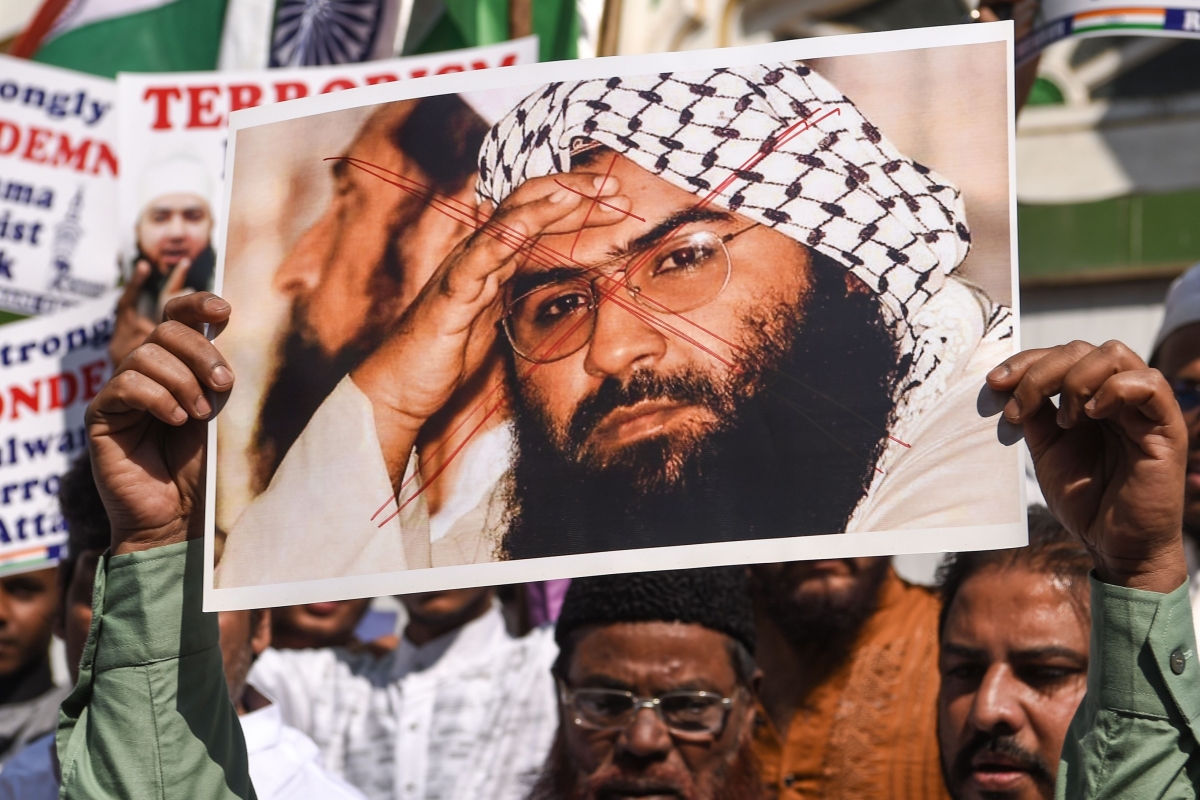 Will China declare Kashmir attack group leader a terrorist? Everyone else has

China is becoming increasingly isolated in its refusal to list as a terrorist the founder of the Pakistan-based organisation responsible for the suicide bombing in Kashmir on February 14.

The US, Britain, France and Russia on Wednesday backed India’s long-standing call for the UN Security Council’s sanctions committee to blacklist Masood Azhar, leader of Jaish-e-Mohammad (JeM), a move which would subject him to an arms embargo, global travel ban and asset freeze.

The latest push to have Azhar blacklisted as a terrorist follows a rapid escalation in tensions between Pakistan and India in the wake of the JeM attack in Kashmir, with both Delhi and Islamabad ordering air strikes – the first time two nuclear-armed powers have done so – while ground forces exchanged fire in more than a dozen locations.

Pakistan’s Foreign Minister Shah Mahmood Qureshi confirmed on Friday that Azhar was in Pakistan, adding in an interview with CNN that the JeM leader was unwell and unable to leave his house.

Did Pakistan use its Chinese JF-17 jets to shoot down Indian planes?

Chinese foreign ministry spokesman Lu Kang did not say in his regular press briefing on Thursday whether China would support the move to sanction Azhar, which it has repeatedly blocked since 2017 on technical grounds, citing a lack of consensus among the 1267 committee, as it is known.

“The United Nations Security Council 1267 Committee has detailed criteria for the listing and designation procedures for terrorist entities or individuals,” Lu said.

“China will continue to participate in the discussions of the relevant UN sanctions committee and its subsidiary bodies in a responsible manner.”

Pakistan appeals to China for help easing conflict with India

Du Youkang, director of Fudan University’s Pakistan Study Centre in Shanghai, said the 1267 committee was set up to deal with issues related to al-Qaeda and the Taliban.

“The authority of institutions established by the UNSC, like the 1267 sanctions committee, is limited to the issues they are meant to regulate,” Du said.

“Any changes made by the sanctions committee will need to meet the regulations and procedural criteria as set out by the resolution.

“If the proposal meets all the relevant procedural requirements and regulations, then I see no reason for China to reject it,” he said.

Wang Dehua, a South and Central Asian affairs specialist from the Shanghai Municipal Centre for International Studies, would not be drawn on Beijing’s likely response to the renewed call for sanctions against Azhar, but pointed out there were divergent views in the international community over the definition of terrorism.

Wang said he did not rule out further escalation in regional tensions, but welcomed efforts to cool the situation, including China’s active mediation role.

“Both Pakistan and India have expressed their willingness to solve the problem through dialogue, while there have been great efforts of mediation witnessed by the international community,” Wang said.

China, along with the US, Russia and other powers, has urged restraint from both sides and called on the neighbouring countries to resolve their dispute through dialogue.

Pakistan’s Prime Minister Imran Khan promised that a captured Indian pilot would be released on Friday as a “peace gesture” to defuse an escalating confrontation between the nuclear-armed neighbours.