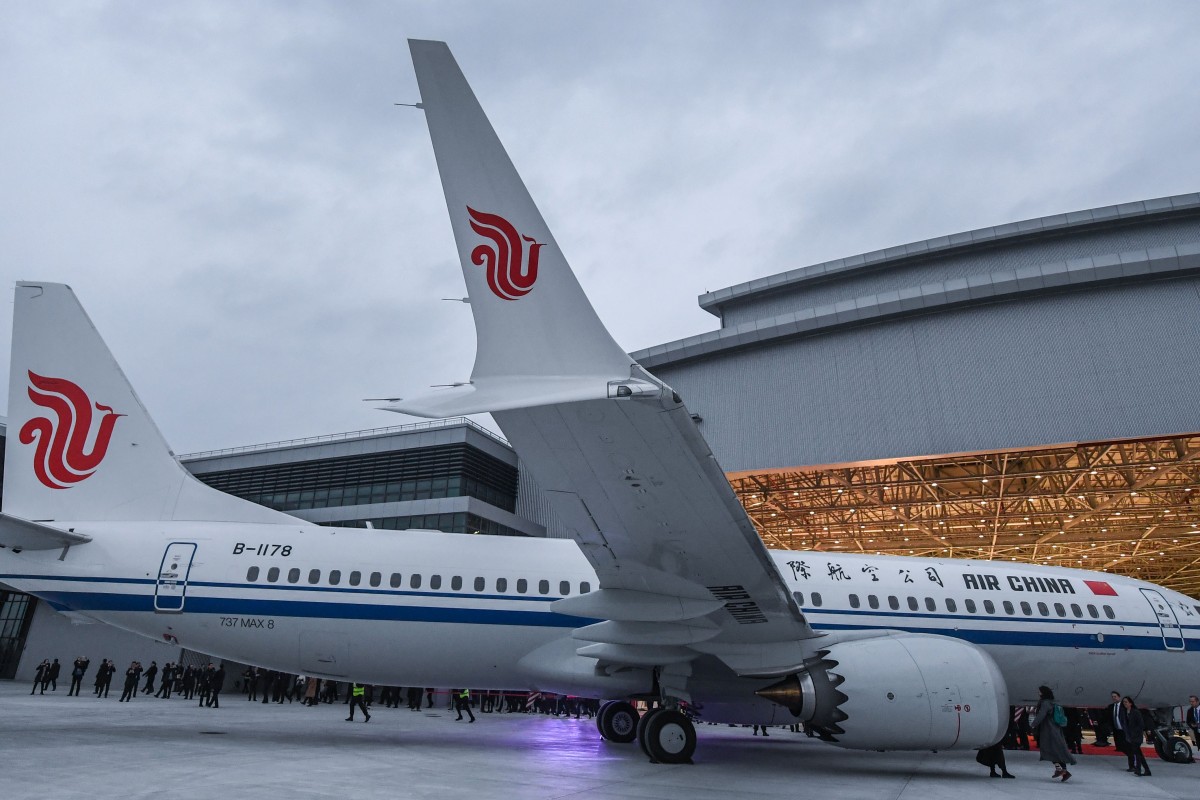 China’s decision to ground the Boeing model involved in the fatal Ethiopian Airlines crash within the first 20 hours of the March 10 tragedy was a result of an ever-increasing and deep-rooted risk averse culture, industry insiders said.

Portrayed as a rare victory for China in the court of international public opinion, the Civil Aviation Administration of China (CAAC) said its decision was made due to safety concerns, with no suggestion of undermining the United States despite the widely reported ongoing disagreements between the two countries, including the ongoing trade war and arrest of Huawei chief financial officer Meng Wanzhou.

Feng Jiangtao, the security director of Juneyao Airlines, a private airline based in Shanghai, said the swift decision to ground the 97 Boeing 737 Max 8 aircraft operating in China, or about 3 per cent of total fleet in service across the country, will help boost the position of China’s aviation authority alongside the Federal Aviation Administration (FAA) and European Union Aviation Safety Agency.

“After all, China is now the world’s largest market for aircraft, and China is making its own long-haul aircraft – China should have its own say in terms of aircraft safety,” Feng said.

Feng added that China has always “put safety as a priority” to ensure there are no accidents in the civil aviation industry “regardless of the costs”.

The CAAC was the first to ground the Boeing 737 Max 8 after 157 people died in the Ethiopian Airlines crash, with the rest of the world including the United States eventually following suit despite initial resistance from the FAA.

Shen Dingli, a professor of US studies at Fudan University in Shanghai, said that China had no intention of competing with the US in grounding the troubled Boeing aircraft, but the result is that China won the point.

“China did this purely for aviation safety and for its own people … even if China had not [been the first to ground the aircraft], other countries would have done the same, including the US,” Shen said.

China did this purely for aviation safety and for its own people … even if China had not [been the first to ground the aircraft], other countries would have done the same, including the US. Shen Dingli, Fudan University

However, it showed the world that China was keener than the US to ensure absolute safety, and this is a favourable image for China, Shen said. “Meanwhile, the public image of Boeing has suffered a considerable loss.”

recovered from the Ethiopian Airlines crash shows “clear similarities” with the crash in Indonesia in October of a Lion Air flight of the same model aircraft that claimed 189 lives.

The
US Department of Transportation

is also now investigating the FAA’s approval of Boeing’s 737 MAX, The Wall Street Journal reported on Sunday, citing people familiar with the inquiry.

The CAAC said in its statement regarding the grounding of the Boeing aircraft that it saw similarities between the two crashes and that it made the decision based on its policy of “zero tolerance” for risks.

Li Jian, a deputy head of CAAC and a delegate to the Chinese People’s Political Consultative Conference, Beijing main political consultative body, said two days after the Ethiopian crash that Beijing had reached out to Boeing and the FAA, but that they “couldn’t make up their minds” whether to ground the aircraft, forcing China to move ahead on its own.

A captain with a major airline in China, who declined to be named as he was not authorised to speak to media, said one advantage for China to go the extra mile in ensuring safety was the country’s “socialist” system, with safety and political considerations considered ahead of profitability.

“It’s the advantage of socialism – making money is important, but not as important as in a capitalist environment,” the captain said. “If there’s a crash in China, everyone involved would see his political future ended.

“The zero tolerance doesn’t mean there will be no accidents; it means there should be no possible risks that could potentially lead to an accident. From the top administrator to the operator level, no one dares to tolerate any risk.”

Under China’s one-party political system, major accidents or scandals can lead to discipline and removal of senior officials as seen in the case of the substandard vaccine scandal last year, which led to the dismissal of a number of ministerial-level officials, including the head of China’s drug administration.

The government’s intention to “maintain stability”, a broad concept that is spreading into public management – from public opinion control to safety in production – has made officials particularly wary of the consequences of any action or lack of action.

The zero tolerance doesn’t mean there will be no accidents; it means there should be no possible risks that could potentially lead to an accident. From the top administrator to the operator level, no one dares to tolerate any risk. Unnamed captain with major airline in China

China has implemented measures such as safety checks at public venues from subway stations to hospitals – broadly deploying surveillance cameras and banning the possession of all guns and large knives – with the Chinese government proudly declaring the country as one of the safest places in the world.

The civil aviation industry in China has been under particular scrutiny since a crash in 2010 killed 42 people at Yichun Lindu Airport in China’s Heilongjiang province, the last major aviation incident in China.

“The whole civil aviation industry has been under heavy pressure for absolute security since then,” the Chinese captain added.

The “zero tolerance” policy is a particular focus this year because of a series of major political events and anniversaries that will occur in the coming months, including April’s Belt and Road Summit in Beijing that will be attended by dozens of state leaders and government heads, as well as the 70th anniversary of the founding of the People’s Republic in October, which will be celebrated with a military parade.