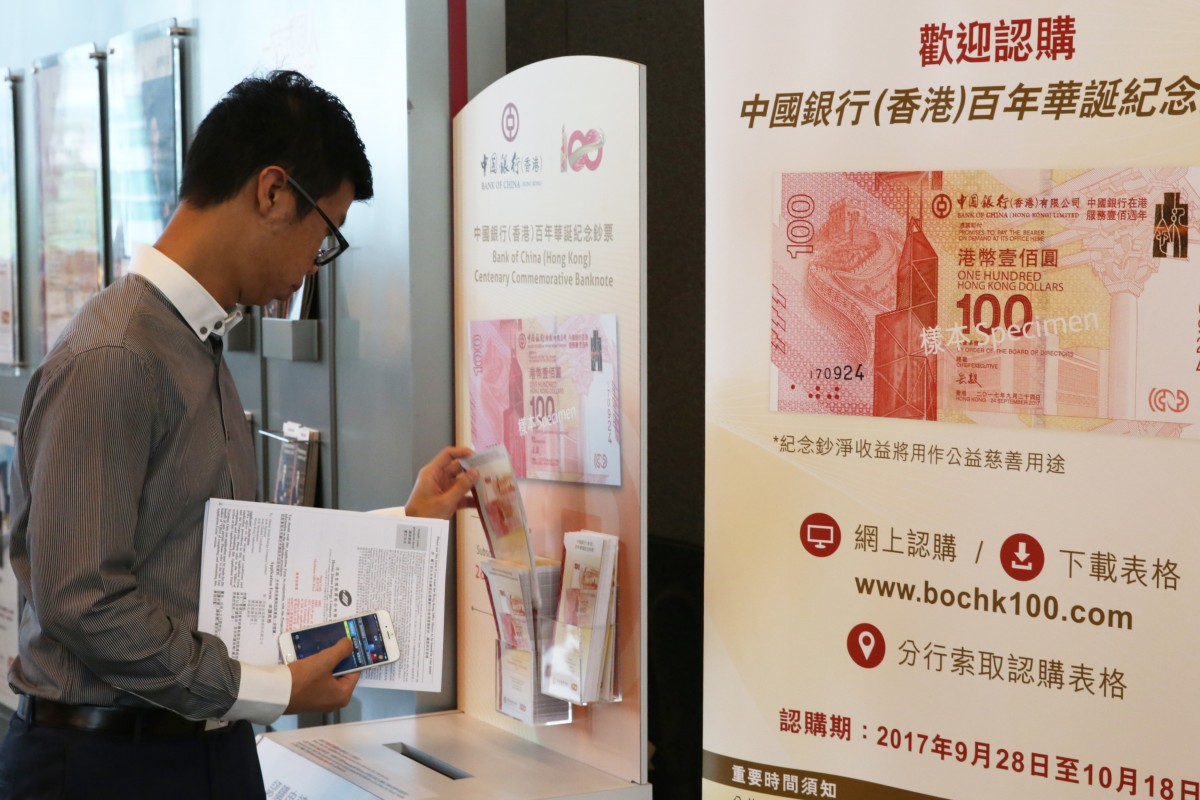 China has chosen the Hong Kong unit of the country’s largest overseas lender to roll out a cross-border account that would break down barriers between the two jurisdictions, making it easier for local residents to gain access to banking services in the world’s second-largest economy.

Bank of China (Hong Kong), one of the city’s three currency printers, would allow existing customers to open bank accounts with its Beijing-based parent Bank of China without having to visit mainland China in person.

The new account, denominated in the Chinese currency, will come in two options: the first with access to teller machines throughout mainland China, or a second option with a lower transaction limit, without ATM access. Both options are tied to mobile payment services such as Tencent Holding’s WeChat Pay, and Ant Financial Services Group’s AliPay.

The new service, kicking off on Wednesday, connects Hong Kong’s residents to China’s fast-growing cashless economy and simplifies the process for gaining access to financial services, bringing the city closer to the booming aggregation of cities known as the Greater Bay Area.

The bank “will continue to expedite the innovation of cross-border financial products and services to fulfil the demand for cross-border financial services among those Hong Kong people who work, live and travel in the Greater Bay Area,” said Bank of China (Hong Kong)’s deputy chief executive Ann Kung. “The bank is set on making positive contributions to the development of the Greater Bay Area into a quality zone for living, working and travelling, as well as a vibrant world-class city cluster.”

Bank of China, first established in 1912, maintains the largest global network of branches and representatives among the country’s state-run banks. Its Hong Kong unit was established as a separate entity.

The bank is the first in the financial services industry to answer the Chinese government’s call to action after a blueprint for the Greater Bay Area was unveiled last month. The area, comprising Hong Kong, Macau and nine other cities in southern China’s Guangdong province, would create an economic hub of 70 million people, with a combined economy estimated at US$1.5 trillion.

last month in the city’s legislature.

The HKMA has been working with the People’s Bank of China to introduce cross-border mobile services such as payments, account opening and wealth management services as part of the Greater Bay Area integration, he said.

“The new service will further facilitate Hong Kong residents in getting access to banking services on the mainland” Chan said in a press statement. “As the next step, we will explore with the mainland authorities room for further simplifying the documentation and process for opening accounts.”

Customers need a Hong Kong identity card and the Mainland Travel Permit to open the new Bank of China account.

Some people wasted no time trying out the new service. A female customer who would only reveal her surname as Li, said the new service would be convenient for her because she works in Guangzhou from time to time.

“Whenever I go to China, it is for work. I do not have time to go the mainland branch to open an account so it is convenient for me to open the account in Hong Kong,” she said.

A male customer, also surnamed Li, said it took him just 15 minutes to set up the new account.

“I like to travel to the mainland a lot and mainly pay cash. It will be easy in future now I have the mainland bank account to use the mobile payment app to pay for shopping and dining,” he said. “I will consider trying the cross-border wealth management products if that becomes available in the future.”

Greater Bay Area is ‘perfect for start-ups to go global’
In December, Bank of China (Hong Kong) introduced
its e-wallet

BOC Pay app to allow Hongkongers for the first time to use their mobile phones to make payments in mainland China without having to hold a bank account there.

Previously, Hongkongers could make use of mainland Chinese e-wallets such as WeChat Pay or Alipay only if they held a mainland bank account.

Morgan Stanley chief China economist Robin Xing estimated the Greater Bay Area’s economic output would more than double by 2030 to between US$3.2 trillion and US$4.1 trillion, surpassing the gross domestic product of Britain. The GDP of the bay area was estimated at US$1.5 trillion in 2017.