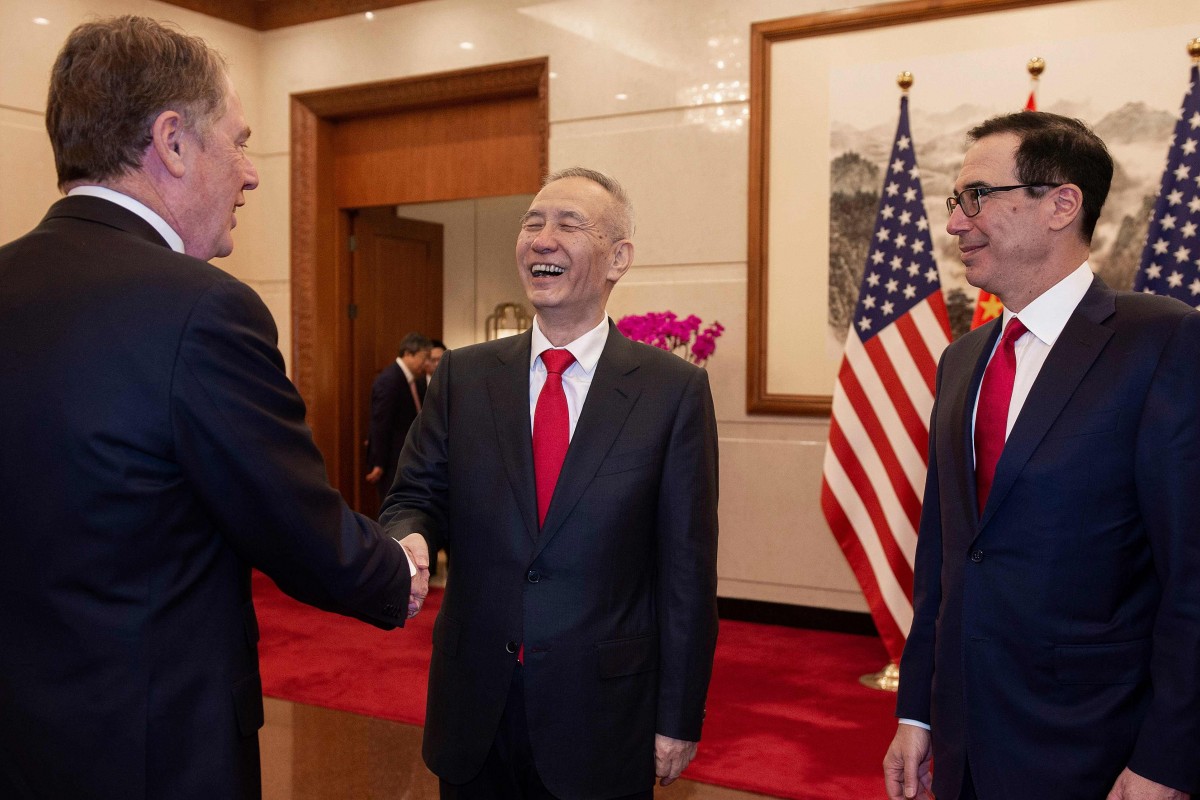 China and the United States resumed trade talks in Beijing on Friday, giving another push to their high-stakes negotiations to end their months-long tariff war.

Chinese Vice-Premier Liu He met US Trade Representative Robert Lighthizer and Treasury Secretary Steven Mnuchin at the Diaoyutai State Guesthouse in the Chinese capital, after the two sides kick-started the talks over a

in a clear effort to speed up negotiations.

“It’s a pleasure to see you again,” Mnuchin told Liu as they exchanged pleasantries before the meeting.

As the US delegation left their hotel earlier in the day, Mnuchin said they had a “very productive” working dinner on Thursday evening.

A full day of intense negotiations has been scheduled on Friday to cover as much ground as possible. Issues identified included the protection of intellectual property rights, government subsidies for state-owned enterprises, trade barriers, market access and the US’ trade deficit with China.

White House economic adviser Larry Kudlow said on Thursday that the administration of US President Donald Trump was prepared to stretch the talks for “months” and Washington was in no rush to resolve the problems.

“This is not time-dependent,” Kudlow in a speech in Washington. “This is policy and enforcement-dependent … If it takes a few more weeks, or if it takes months, so be it. We have to get a great deal, as the president says, that works for the United States. That’s our principal interest.”

Kudlow added that Washington had proposed including in the pact a provision for regular meetings to assess China’s implementation of any reforms agreed – including improving treatment of US intellectual property and opening up market access.

“We are getting close, but we are not there yet,” Kudlow said, adding that Washington also wished to be able to

with no threat of retaliation if Beijing failed to deliver on its promises.

On Thursday, Chinese commerce ministry spokesman Gao Feng expressed caution about the progress of the talks.

“Although some progress has been made during the telephone negotiations between Vice-Premier Liu He and his US counterparts, there is still lots of work to do,” he said.

Liu, China’s top trade negotiator, is expected to visit Washington next week, but any final deal to end the trade war, which has rattled the global economy since last July, must be agreed at a proposed summit between President Xi Jinping and Trump.