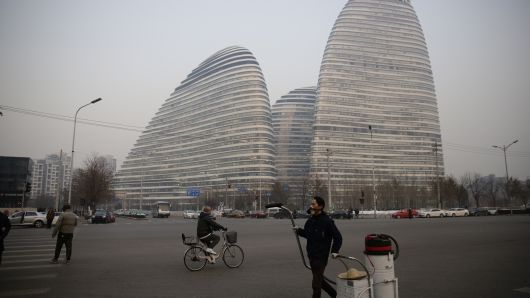 A Beijing district court ruled Wednesday that a blog operator must apologize and pay more than 200,000 yuan ($29,851) to real estate developer Soho China for reputational damage.

That’s after a blog run by the operator, Zhuhai Shengun Network Technology, claimed that one of the developer’s properties brought bad luck to its tenants due to inauspicious “feng shui.”

Feng shui is an ancient Chinese way of determining the optimal location and layout of a dwelling, office or capital for the occupants’ success. The practice, which translates to “wind and water” in Chinese, is still followed by some in China.

“The internet is not outside the bounds of the law,” Ouyang Hua, the official on the case, said in a public verdict posted on the Beijing Chaoyang District Court website.

In the Mandarin-language post translated by CNBC, the official added that companies should focus on building up core technology and “not entrust development to feng shui theory.”

Soho China is one of the largest real estate developers in the country, best known for several iconic office complexes located throughout Beijing.

In November, a blog called “S Shengunju S” published an article claiming that the feng shui of Soho’s Wangjing development in northeastern Beijing was a “Waterloo” for internet companies, according to Soho’s complaint to the court published online. The term refers to the Battle of Waterloo which marked the downfall of French emperor Napoleon Bonaparte in the early 19th century.

The blog also said the development was only suitable for early-stage companies, and that they should move away if they wanted to develop further, the court website said.

According to the public verdict, the article in question was read more than 100,000 times before it was deleted from the blogger’s official account on WeChat — China’s ubiquitous messaging app run by internet giant Tencent.

Tencent and Soho China did not immediately respond to a CNBC request for comment. Zhuhai Shengun Network Technology’s website returned an error message and no other method of contact was immediately apparent.

The blog operator told the Beijing court that the post was deleted and phrases such as “Waterloo” were only a form of expression and did not constitute insults.

The complex in question was designed by the late award-winning architect Zaha Hadid.

Pan Shiyi, chairman of Soho China, said in a post on Weibo, China’s version of Twitter, that the company will continue to manage Wangjing Soho with great care.

“Criticism of architecture and malicious slander are two separate things,” he said in the Mandarin-language post translated by CNBC. “The distance between reason and ignorance are worlds apart.”