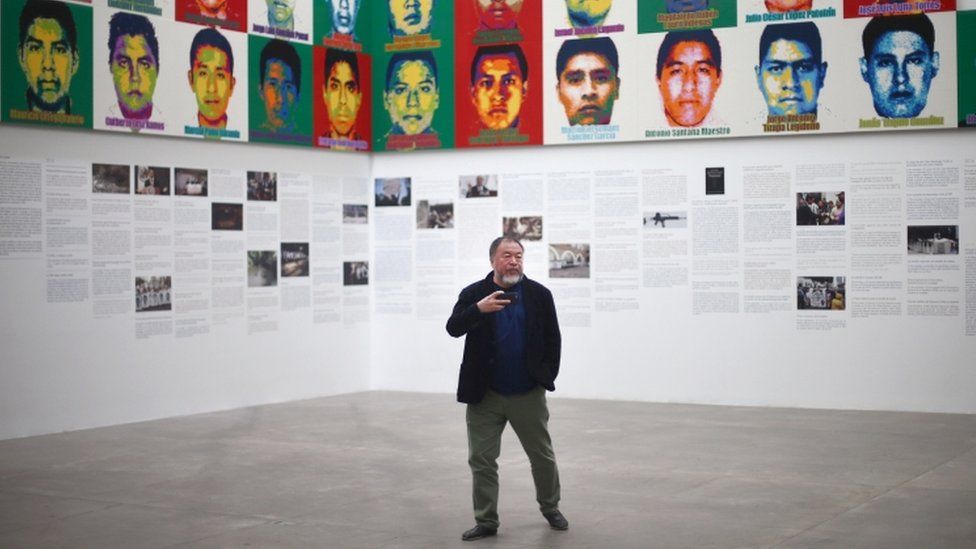 He unveiled the provocative artworks at a gallery in Mexico City on Thursday.

They depict the faces of the 43 Ayotzinapa Rural Teachers’ College pupils who were kidnapped and disappeared in Iguala, Mexico.

Featuring some one million Lego blocks, the exhibition is intended to be a commentary on the unsolved cases.

A timeline of key dates, such as their disappearance and the release of the government’s official version of events, has been placed below the portraits.

The 63-year-old cited crime that is “poisoning our society” as a motivating factor behind the pieces, he told Reuters news agency.

The University Museum of Contemporary Art (MUAC) in the Mexican capital will host the exhibition until 6 October this year.

Ai, one of the world’s leading contemporary artists, is well known for his politically charged projects and criticism of the Chinese government.

He was detained by China’s communist government in 2011.

In October last year, Ai accused Lego of censorship when it refused to sell its bricks directly to him.

The company said its policy was to reject requests if it believed the bricks would be used to make a political statement. It later reversed its policy in the face of public outrage.