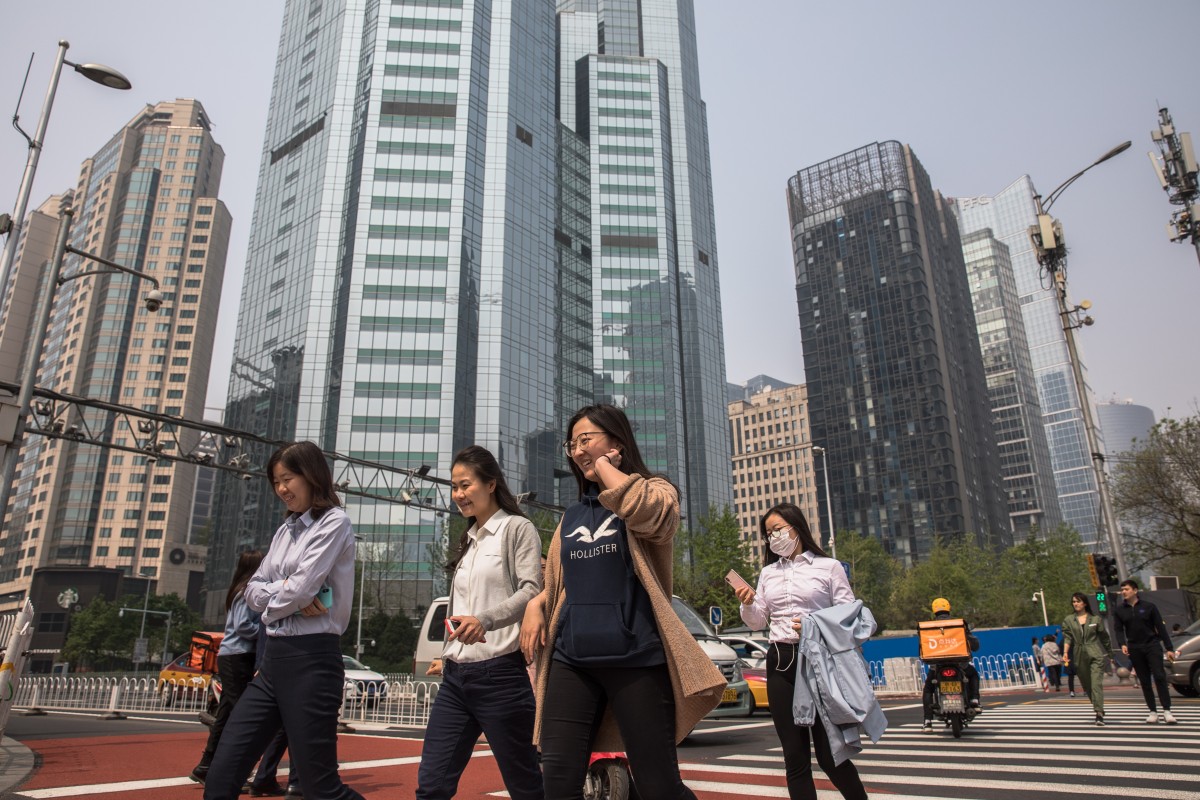 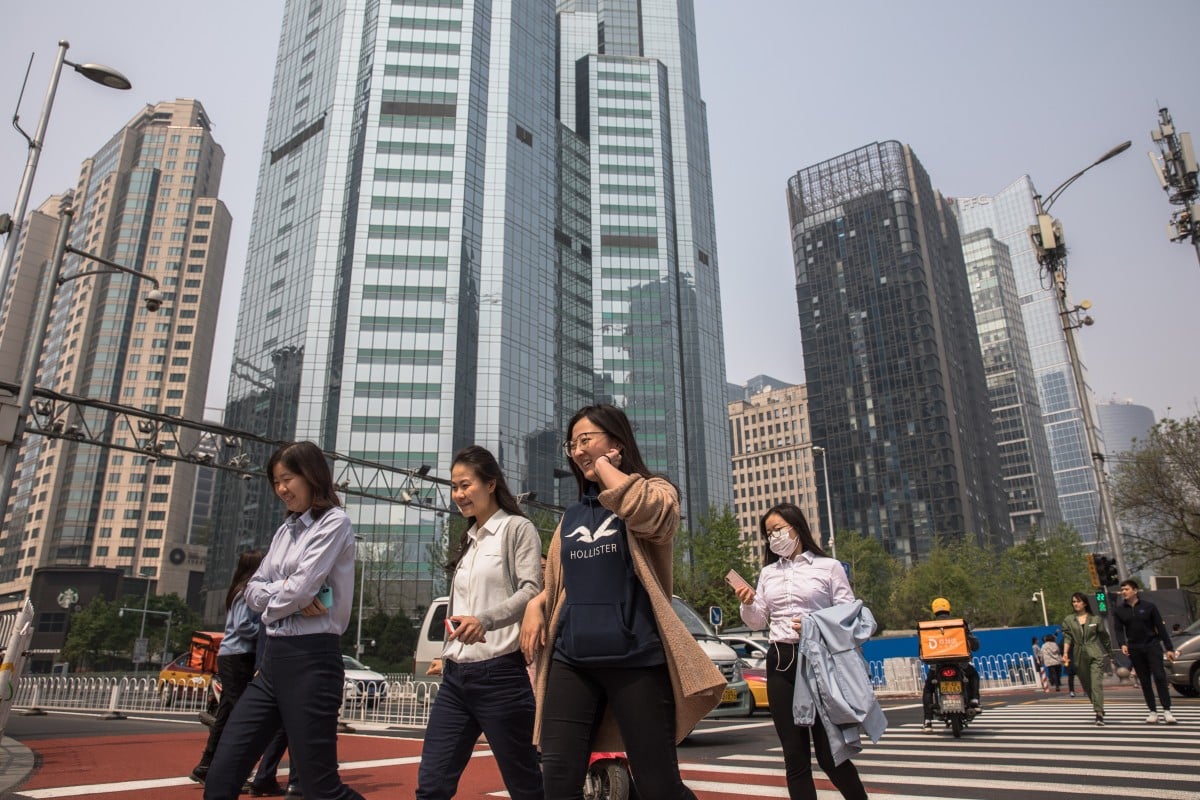 The per capita income of urban residents rose 7.9 per cent from a year earlier to 11,633 yuan combined for the first three months of the year, according to official data. Photo: EPA

The average salary for white-collar workers in China fell in the first quarter of 2019 despite an economic recovery, according to a report by a major Chinese job website on Tuesday.

In the first three months of 2019 the average monthly salary dropped to 8,050 yuan (US$1,195) from 8,096 yuan in the fourth quarter of 2018 due to increased competition for vacancies, according to Zhaopin.com after a survey of job data on its platform covering 37 cities.

The results of the survey offer far less positive view of the employment situation compared to China’s official figures, which showed the per capita income of urban residents rose 7.9 per cent from a year earlier to 11,633 yuan combined for the first three months of the year, an average of 3,878 yuan per month.

According to figures released by China’s National Bureau of Statistics, the per capita nationwide wage income rose 8.7 per cent to 4,838 yuan combined in the first quarter, or 1,613 yuan a month, from a year earlier. 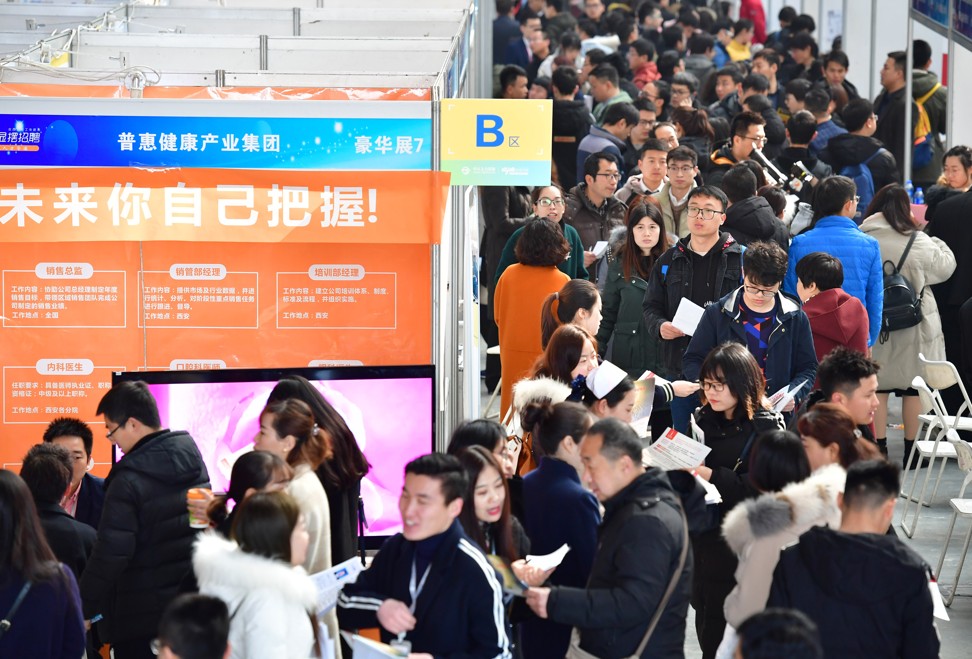 The Zhaopin report, despite showing a healthy salary level for China’s urban white-collar workers, adds fresh evidence to a worrying trend that China’s young and well-educated workforce employed in the private sector are bearing the brunt of the economic slowdown.

The plight of China’s information technology engineers and programmers surfaced in a heated debate over the so-called 996 working culture, which equates to working from 9am to 9pm, six days a week.

Li Xunlei, the chief economist of the brokerage form Zhongtai Securities, said earlier this month that stagnant income for China’s middle income groups, which account for 60 per cent of population, is a “worrying” sign as it means weak consumer spending in the future which could impede the country’s plan to shift from an investment-led growth model.

According to Li, the income of China’s middle-income groups rose by just 4.4 per cent in 2018, much lower than the growth rate of nominal gross domestic product of 9.7 per cent.

Wendy Liu, a white-collar worker in Shenzhen, said she received a 3 per cent pay rise for last year but said it is barely enough to cover the real inflation in her living expenses.

“A normal lunch in the central business district in Shenzhen costs 50 (US$7.4) to 60 yuan, and it is almost 20 per cent higher than last year,” Liu said.

She cited the fact that the price of her favourite fruit, a type of imported white grape, has risen to 78 yuan per kilogram this year from about 58 yuan a year ago as an example of decreased spending power.

“I used to have meal with my colleagues at a high-end restaurant twice a week, now we cut it to once a week”, added Liu.

“The annual package for a senior sales engineer with four years of experiences is set at about 180,000 yuan (US$26,700), and that’s almost the same as last year,” she said.

The Zhaopin report also showed that Beijing offers the highest salary for white-collar workers with an average of 10,970 yuan per month, followed by Shanghai and Shenzhen.

released on Tuesday, the employment sub-index was 47.2 in April, a fall of 0.4 from last month, showing “less demand for labour at manufacturers.”