Latest News
Home Business ‘No more concessions’. Why is China playing hardball in trade war talks with the United States? 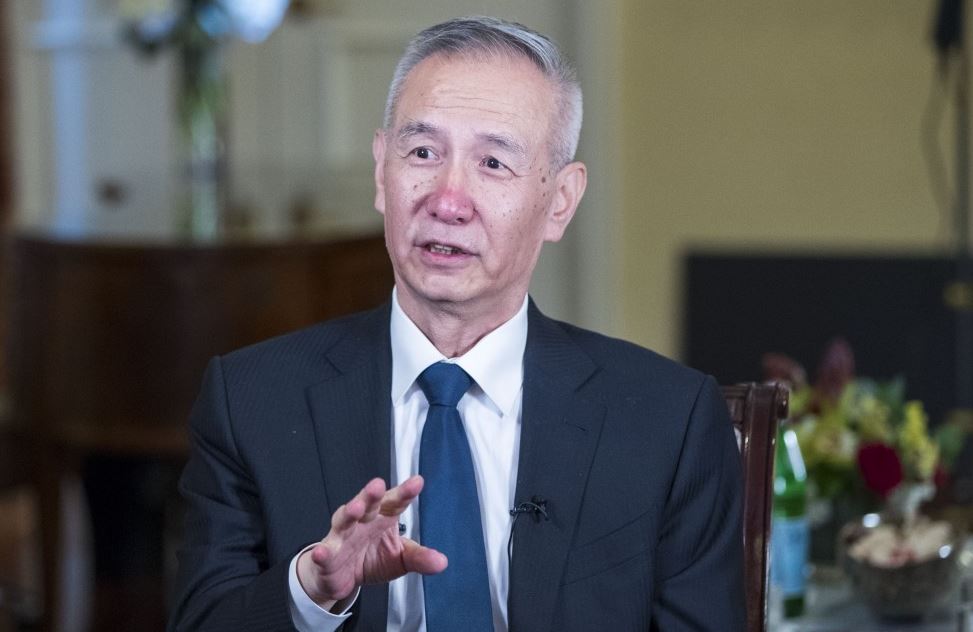 ‘No more concessions’. Why is China playing hardball in trade war talks with the United States?

Chinese Vice-Premier Liu He will go to the United States on Thursday to continue trade negotiations, the Ministry of Commerce said on Tuesday.

The trip, scheduled for two days, is shorter than expected. The South China Morning Post reported on Monday that Liu was preparing for the trip.

The trip comes as uncertainty hangs over the negotiations after US President Donald Trump’s announcement that he would increase punitive tariffs on US$200 billion worth of Chinese products from 10 per cent to 25 per cent.

It also comes amid Chinese state media reports that Beijing will not respond to Trump’s threats with concessions.

In a commentary published on its WeChat account on Tuesday, People’s Daily warned the US to “not even think about” concessions.

“When things are unfavourable to us, no matter how you ask, we will not take any step back. Do not even think about it,” the commentary said.

The article was first published through Taoran Notes, a social media account used by Beijing to signal the leadership’s thinking and manage domestic expectations.

It is the first official Chinese opinion piece since Trump went on Twitter to announce the tariff increases because the trade talks were going “too slowly” for his liking.

Until Trump’s escalation, Washington had described the talks as “constructive”, adding they were close to a deal in the year-long war.

Sources said President Xi Jinping earlier vetoed extra concessions proposed by his negotiators. “Xi told them ‘I’ll be responsible for all possible consequences’,” one of the sources said.

Chinese negotiators subsequently presented a tougher proposal to Washington, although it is not clear if they pitched an amended proposal to Xi after the latest round of talks in Beijing last week.

Shanghai-based political analyst Chen Daoyin said that from China’s perspective, the nation that had the will and power to stay firm until the last moment would remain standing.

“President Xi and his administration have a very firm stand, showing no signs of backing off in the face of challenges,” Chen said. “Xi’s Chinese dream to make a stronger nation has also limited his team’s ability and flexibility to handle external issues.”

He also said that the focus of the Politburo, the country’s top decision-making body, had changed in the last two months, with less attention on the nation’s economic situation.

“The latest Politburo meeting did not focus on economic stabilisation as it had done in February. Leaders may feel the impact of tariffs on China’s economy is not as grave as expected,” Chen said.

Belt and Road Forum in late April, and Beijing needed to present a win in the trade talks in time for the 70th anniversary of the People’s Republic in October.

This year also marks the 30th anniversary of the Tiananmen Square protests and crackdown, and the centenary of the May Fourth Movement, a series of patriotic student protests against the Western imperialism in the aftermath of first world war.

In a research note, Simon Evenett, a visiting professor with Johns Hopkins University, and Gary Hufbauer from the Peterson Institute for International Economics, said that “seen from Beijing’s viewpoint, the downside from a failed deal and higher US tariffs is diminished now that Chinese stimulus plans are in place”.

“Plus, would President Xi risk making concessions in a year that is the anniversary of so many iconic Chinese events?” they said.

Arthur Kroeber, research head of Hong Kong-based Gavekal Dragonomics, said the risk would rise that the “brinkmanship” would be detrimental to a deal and it would take longer for both sides to reach an agreement.

“China’s revived economy has emboldened its negotiators to resist US demands to cut back industrial subsidies and forced technology transfers,” Kroeber said.

“Meanwhile, hardliners in the US – who include not just national security hawks but also labour bosses and Democratic Party leaders like Charles Schumer – have amped up their criticism that Trump is not extracting enough concessions from Beijing.”

China still ‘preparing’ delegation for US trip despite tariffs threat

In trade talks, China has agreed to improve market openness and intellectual property protection, as well as make big purchases from the US, according to people familiar with the negotiations.

But the parties have yet to reach a deal on an enforcement mechanism that would not diminish China’s sovereignty but would ensure China lived up to its commitment. At the same time, China has held off on US demands to make fundamental changes to its industrial policy and reduce subsidies to state-owned enterprises.

“If China meets US demands on structural changes and an enforcement mechanism, it will be a humiliation for Chinese when nationalism is on the rise at home. This is unacceptable for the Chinese leaders,” Chen said.

Any outcomes in the trade talks, such as market access and IP protection, would also be applicable to China’s other trading partners under the World Trade Organisation.

In talks with leaders in Europe and partners in the

, China had defended global multilateralism without offering too many concessions that would affect the Chinese economy, Chen said.

Kroeber noted that Xi “used half of his speech” in his opening remarks at the Belt and Road Forum to position Beijing’s concessions in trade talks as driven by China’s own development needs, rather than by US pressure.

“This showed that Xi was ready to sign the deal, and was building the political rhetoric needed to sell it at home,” he said.

From Huawei charges to new Trump threats: months of jolts to trade talks

China-US rivalry has escalated in other areas. Two US warships sailed near disputed islands in the

on Monday, passing within 12 nautical miles of the Gaven and Johnson reefs in the Spratly Islands, the third time this year that Washington has challenged Beijing’s maritime claims in the region.

And at a 5G security conference in Prague last week, the US and its allies singled out national security concerns posed by Huawei Technologies, the Chinese telecom giant at the epicentre of 5G competition with the US.

“The tensions with the US are escalating across the full range. The supreme leader’s determination and will will determine how the situation is handled. But China-US relations will only worsen,” Chen said.