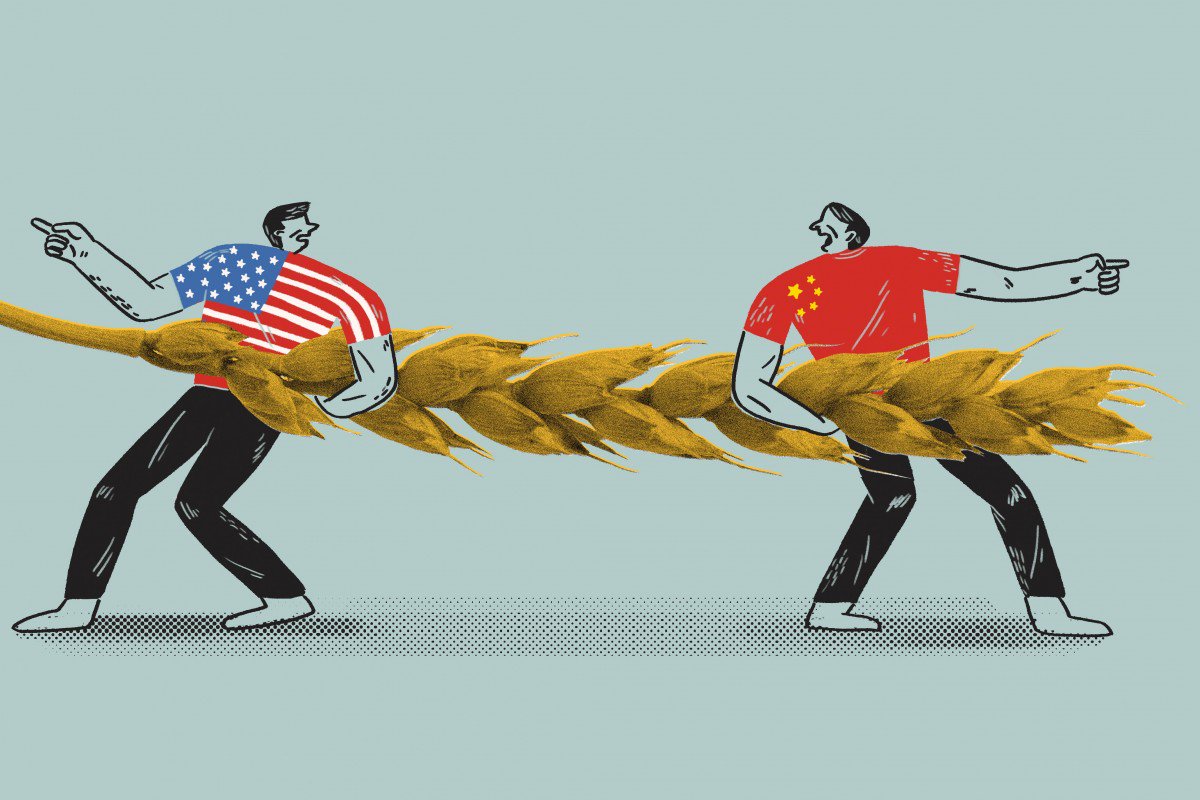 In the first of a series on the trade war, Keegan Elmer looks at why China is resisting US demands to cut back on agricultural subsidies.

For Han Yahui in the farming town of Ulanhot in Inner Mongolia, the opening of China’s soybean market to imports in the late 1990s was a harbinger of things to come.

“I witnessed how our industry [almost] collapsed because of cheap imports,” Han said.

Han runs a rural cooperative specialising in organic farming of wheat, soybean, and rice on about 133 hectares (328 acres) of land in northeast China. She is one of up to 200 million farmers in China who rely on government subsidies and other aid to buy new farm equipment and to produce strategic crops.

Han’s cooperative, for example, receives 300 yuan (US$43.50) in annual government subsidies for every mu – 666 square metres – of soybean they plant.

“Government subsidies are very important to help cover our labour costs,” she said. “The subsidies make sure that we won’t lose money.

“I don’t want to see our farmers make nothing after a year of hard work.

“After all, farming is still a major source of income for people who live in rural China today.”

Fast forward and those subsidies are one of the US’ targets in its trade war with China as Washington puts pressure on Beijing to cut back support for the agricultural sector.

But if Beijing were to bow to those demands, its bottom lines of ensuring the security of the country’s food supply and social stability in the countryside would be under threat.

The latest round of US-China trade talks in Washington broke down in early May. Washington blamed Beijing for reneging on promises, and raised tariffs on US$200 billion worth of Chinese imports from 10 to 25 per cent, reigniting the tariff war that many had thought was close to ending. China struck back with its own retaliatory tariffs on US$60 billion of US goods, zeroing in, as it had before, on US agricultural products, of which China is a major buyer.

There is no clear account from either side of what specific stumbling blocks caused the breakdown in the talks, but those with knowledge of the matter have said that disagreements over intellectual property protection and China’s state subsidies for industry were key sticking points. In agriculture, the US pushed China to drop price supports on wheat, corn and other key products, on which Chinese farmers rely to stay afloat.

After the latest round of talks in Washington, China’s chief negotiator, Vice-Premier Liu He, told selected Chinese media that Beijing had not reneged on promises made, adding that the differences lay in “matters of principle”. One those differences is very likely Beijing’s support for farmers. While China has long been gradually liberalising its agricultural market and opening it up to imports, Beijing may have felt that the US was pushing it to do too much, too fast.

Farmers and rural society were critical to the Communist Party when the People’s Republic was founded in 1949. At that time, more than 80 per cent of the country’s population were farmers, a proportion that has since nearly reversed, with around a third of the population farming to some extent. Many of China’s migrant workers are part-time farmers, with jobs in the city but relying on agriculture to some degree.

During the country’s transition into an industrial powerhouse and the world’s second-largest economy over the last few decades, China like many industrialising countries, has gone from relying on taxing agricultural production for most of its revenue to increasingly subsidising farmers.

Today, China offers a variety of subsidies to the agricultural industry, including price supports, where the government steps in to buy certain crops, like corn and wheat, when their prices fall below a certain level. Lower support would allow US farmers to export more crops to China. 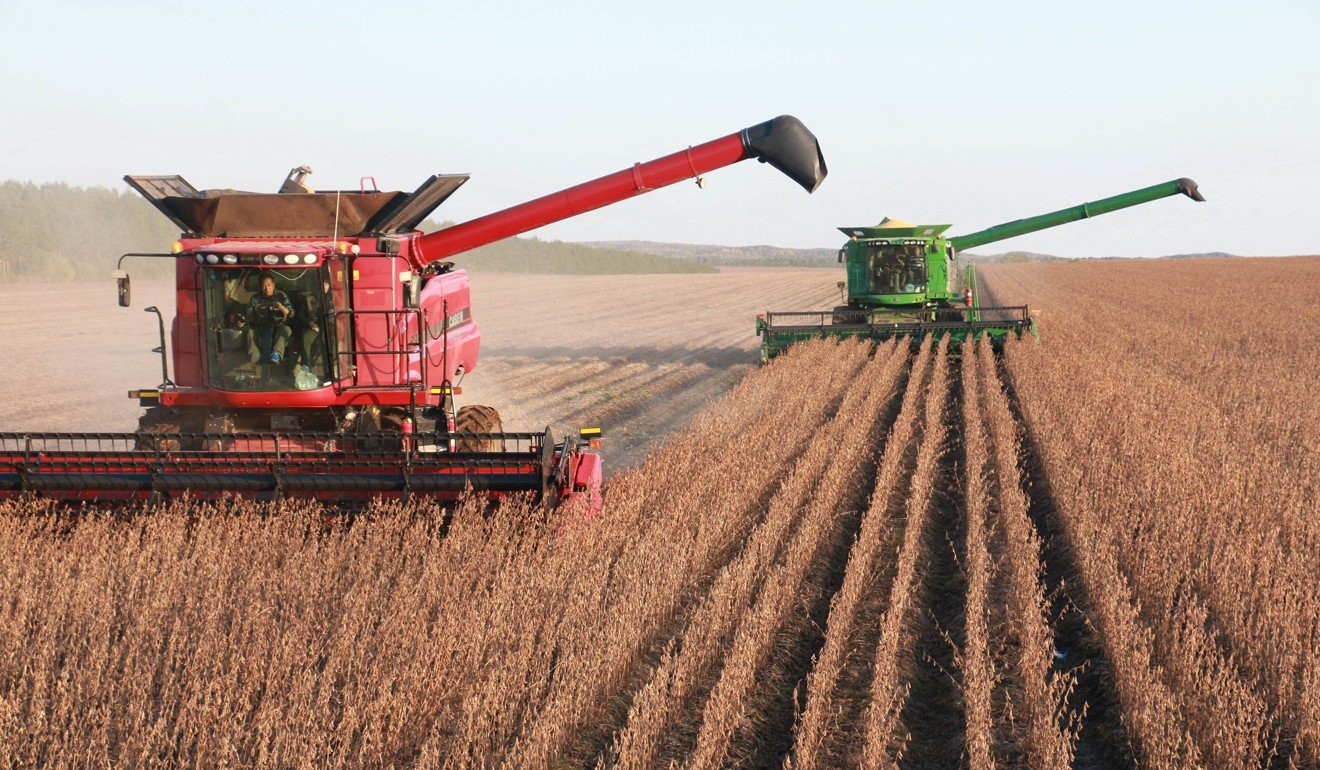 China has long been gradually liberalising its agricultural market and opening it up to imports. Photo: Xinhua
Share:

Washington has been clear about its demands that Beijing end unfair subsidies to its farmers, and expand quotas to allow more imports of foreign farm products.

US President Donald Trump has also repeatedly demanded that China buy more products from American farmers, in hopes of reducing the gaping US trade deficit. The US considers agricultural products one of the top American exports to China that could expand relatively easily.

Insiders say the US has also pushed Beijing hard to completely drop its market price supports, and instead rely on other forms of subsidies, like direct payments to farmers.

China is acutely aware that with limited land, water and other natural resources, it has to rely more on imports. “If it is just about buying more from the US, China has no problem doing that. But the US side is trying to force us to give up on agricultural subsidies altogether. This is impossible and unnecessary. Impossible because no country with a population the size of China’s can give up on food security,” a Chinese source familiar with the trade discussions said.

The US-China trade war has been a boon for Brazil’s soybean farmers. But can they keep up with Chinese demand?

Washington has long found the policy of market price supports to be inefficient, keeping China growing wheat, corn and some kinds of rice that could be more cheaply bought from the US and other trading partners, according to Darci Vetter, former chief agricultural negotiator under US president Barack Obama.

“It would not surprise me if we were really pushing China to move away from direct price supports into other forms of support. It also wouldn’t surprise me if China was asking for significant periods of time in order to make that happen, and to transfer the system away from that,” Vetter said.

In addition to pressure in bilateral negotiations, Washington has tried to force Beijing’s hand over farm supports at the World Trade Organisation.

The US has won two key cases against China’s agricultural protections this year. In February, a dispute settlement panel ruled that China’s support for Indica (long-grain) rice, Japonica (short- and medium-grain) rice, and wheat were above the levels allowed by its WTO commitments, and in April the same panel found China’s tariff-rate quotas on rice, wheat and corn were also not in line with WTO rules.

Vetter said that while dropping these supports would cause some job losses in those agricultural sectors, China should be prepared to live up to WTO standards. “They have made these commitments not only to us, but to other countries, a long time ago, and it’s something they should have been aware of and planned for its implications,” she said. 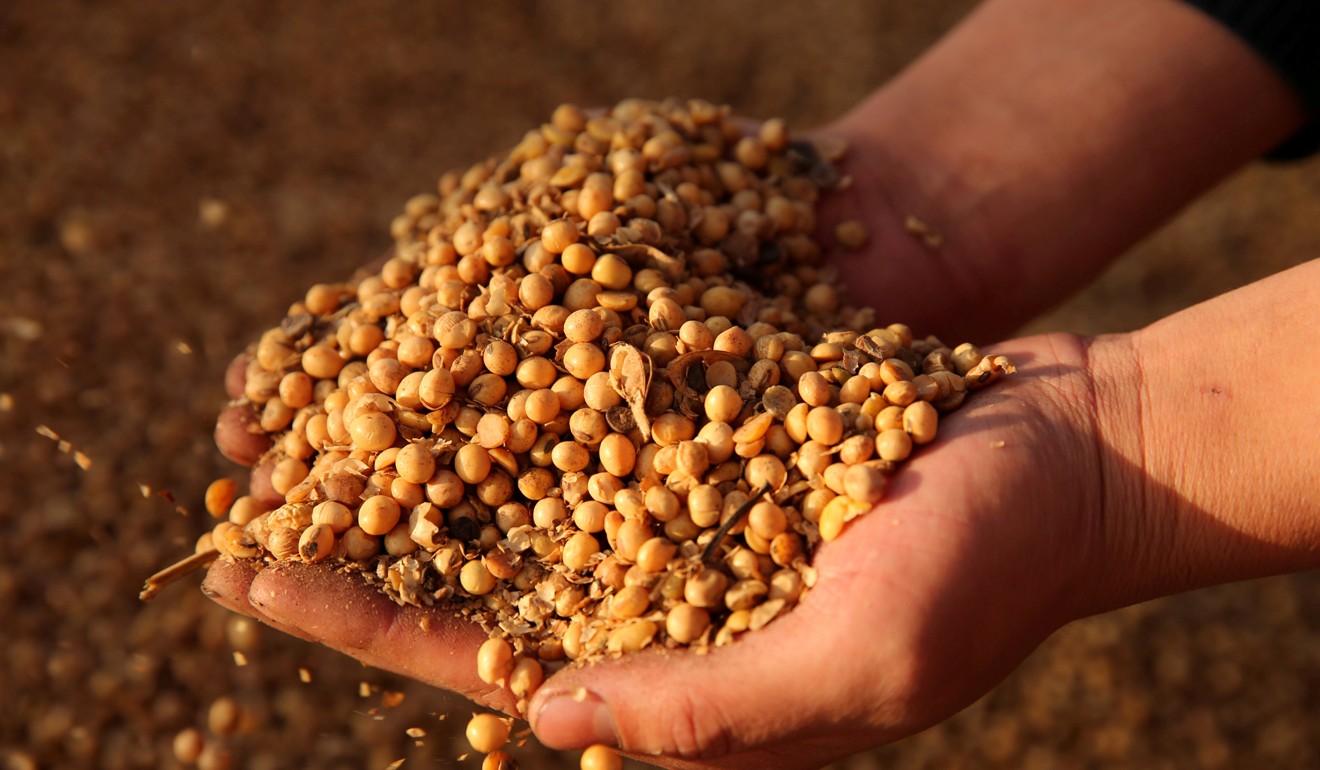 China’s red lines on jobs and food security could still spoil future trade negotiations with the US. Photo: Reuters
Share:

In response to US pressure, China has already boosted domestic production of some crops hit by the trade war, and in March increased payments to farmers for corn, while maintaining high subsidies for soybean production.

But Yan Hairong, professor of development studies at Hong Kong Polytechnic University, said the shift was largely symbolic. “China has become greatly dependent on agricultural imports, and could not hope in the near future to replace dependence on US products without restructuring mass consumption,” Yan said.

While some protections remain high, China had been gradually removing many of its subsidies for major agricultural products. But the start of the trade war put some of these moves on hold.

“Every signal we had is that China was going to drop minimum purchase prices for wheat but it has now become a bargaining chip in the trade war,” said Even Pay, an agricultural analyst at the China Policy consulting group.

While Beijing and Washington are likely to reach a deal under which China to buy more US agricultural products again and slowly come to terms on fewer state controls, China’s red lines on jobs and food security could still spoil future negotiations.

“They have this need to keep peace in the countryside and ensure rural areas are prosperous, but they also have a need for much greater efficiency in agriculture. It’s a kind of constant tension that agriculture authorities are trying to balance,” Vetter said.

This balance is all too personal to Zhu Lin, a cotton farmer in Korla, Xinjiang Uygur autonomous region. Zhu worries constantly about how his crop will be affected by the weather and changes in global markets – including the year-long trade war between Beijing and Washington.

But for years, there one constant source of support no matter what happens: government subsidies.

Today, Chinese farmers like Han and Zhu hope the Chinese government stand firm and not give in to Washington’s demands.

“I have done this for more than 10 years. I won’t get rich for growing cotton but I won’t starve, either. When the year is bad, government subsidies are up and vice versa. The government will not let us starve but we won’t be rich, either,” Zhu said.

The Importance Of Finding Great Photos For Any Website

Work on cell response to oxygen gets medicine Nobel.

How to trend on social media.

The Rohingya’s Right of No Return.