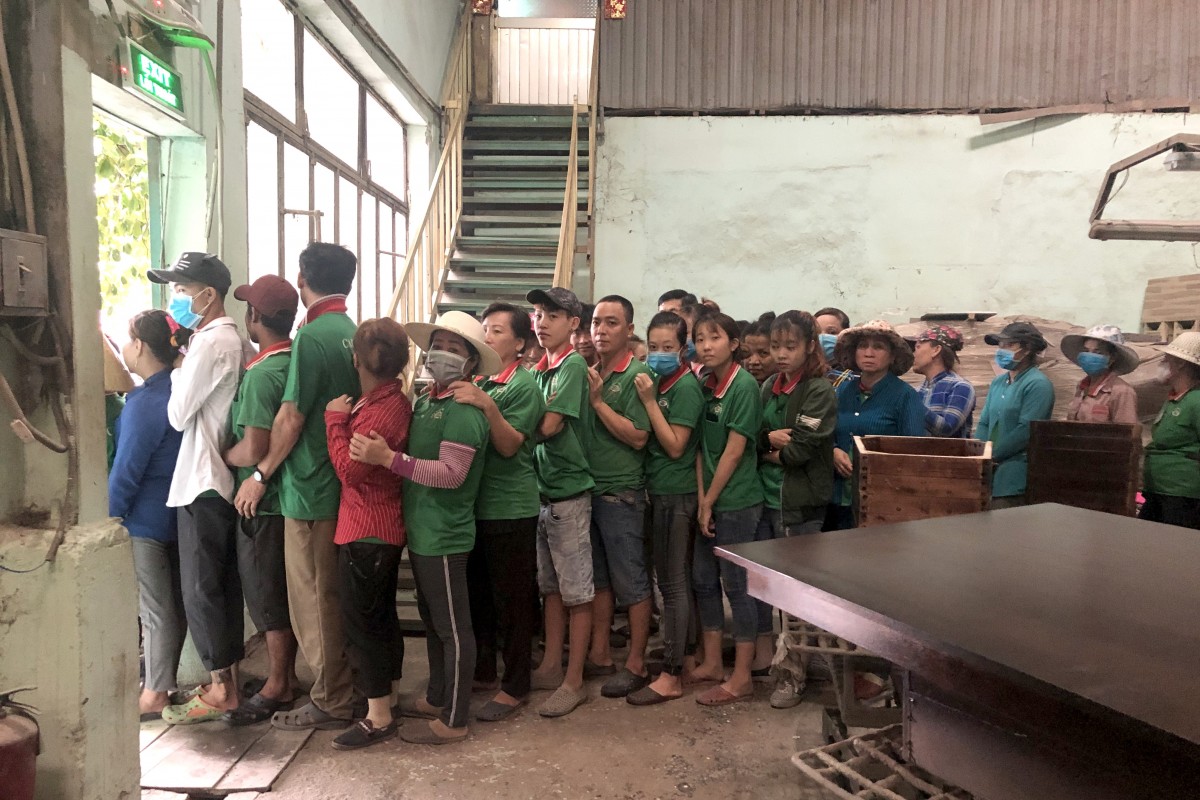 As trade war rages, Chinese firms in ‘malignant’ battle for talent and territory in Vietnam

In the small province of Binh Duong in southern Vietnam, trucks crowd a small road leading to the port from sunrise to sunset, with a few cars and motorbikes honking their horns impatiently among them.

During the morning and evening rush hours, traffic jams can last for more than an hour, as bottlenecks of trucks carry cargo to and from Cat Lai Port, the biggest and busiest container terminal in Vietnam.

The difficulty navigating this sole access road reflects an increasingly challenging environment for manufacturers in Vietnam across the board, as the country’s production hubs become

ever more crowded and expensive.

On one hand, booming investment in Binh Duong has boosted the revenue of Chinese businessman Weng Caibing’s construction company by 50 per cent over recent years. But now he has a new headache: it is becoming tougher and tougher to find workers, especially skilled Chinese-Vietnamese translators. 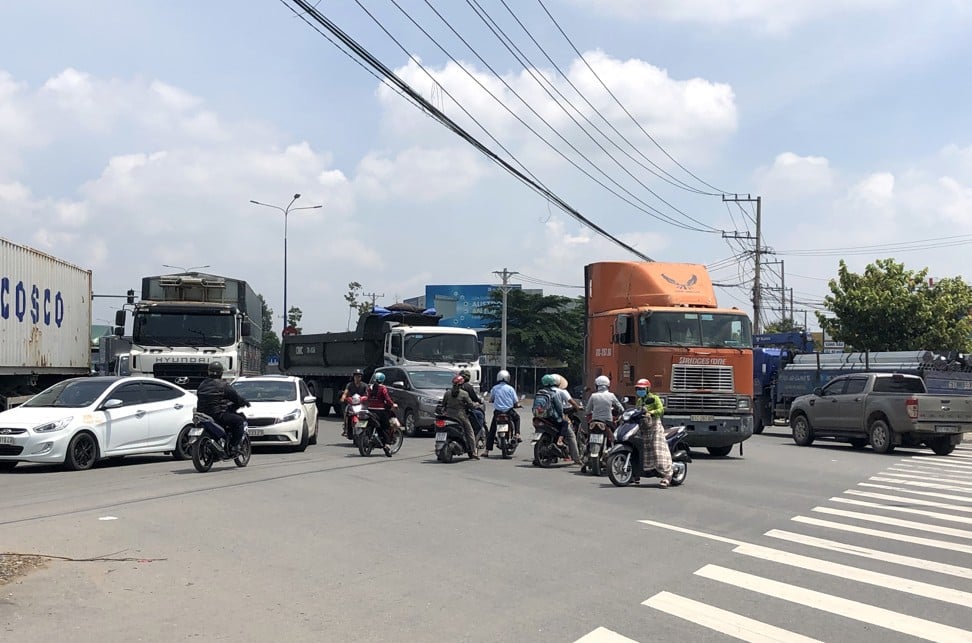 Traffic congestion in Binh Duong, on the only access road to the main export port. Photo: Cissy Zhou
Share:

Four years ago, all available jobs would be filled within two days of Weng posting the recruitment notice on the company gate. Now, it is hard for Weng to find talent, even if he pays more than 2,000 yuan (US$290) per month for job advertisements.

“The large amount of Chinese investment has caused malignant competition for labour. Five million Vietnamese dong (US$213) [per month] could get me a good translator before, but now I have to pay 15 million dong (US$638). And I’m still struggling to find the right person,” Weng told the South China Morning Post in a recent interview at his factory.

Weng’s construction company is 60 minutes drive from Ho Chi Minh City, Vietnam’s financial centre and largest city. There are now 30 new industrial parks in the region, catering to foreign firms moving south from China to escape higher prices for land and labour. In recent months, the movement has been accelerated, as firms look to dodge

For the first five months of 2019, foreign direct investment in Vietnam rose to US$7.3 billion, an increase of 7.8 per cent compared to a year earlier. The largest share came from Hong Kong companies, with a total investment of US$5.08 billion. Given the fact that most of Hong Kong’s traditional manufacturing base migrated north to Guangdong over recent decades, it is fair to assume that much of that investment represents manufacturers moving to Vietnam from China.

Despite being home to just 2.1 million of Vietnam’s 95 million population, Binh Duong ranks third, after the big cities of Hanoi and Ho Chi Minh City, in terms of attracting foreign investment this year, with total registered capital inflow of about US$1.25 billion, according to data from Vietnam’s Foreign Investment Agency.

Vietnam’s stable government, relatively low salaries and proximity to China has made it a preferred destination for Chinese manufacturers in recent years. Its membership of the Comprehensive and Progressive Agreement for Trans-Pacific Partnership (CPTPP), an trade bloc of 11 countries including Japan, Mexico, Singapore, Canada and Australia, has also helped lure Chinese manufacturers to Vietnam, from where they can also gain low-tariff access to other CPTPP member countries.

In an example of how the trade war is pushing manufacturing out of China and into Vietnam, Man Wah Holdings, the leading Hong Kong-based furniture maker,

bought one of Vietnam’s

largest furniture factories last year and then expanded it. Man Li Wong, the company’s founder, said in May that the expanded facility would open in August at the earliest.

“We believe that [production of] all products exported to the United States will be transferred to Vietnam by 2020, with the capacity of our expanded base increasing to 800,000 units per year,” he said.

The influx of companies such as Man Wah’s, however, has increased competition for local workers, meaning smaller manufacturers are struggling to attract staff.

“The basic salary [per month] that Man Wah offered was 8 million Vietnamese dong (US$340) when they started to recruit in August, then it was raised to 9 million and later to 10 million, they’ve destroyed the local salary structure and the market,” said Li Weihua, a Chinese businessman running a furniture factory near Man Wah’s facility. “Furniture factories have the lowest entry requirement for new recruits – any young labourer can do the work. Now workers have more [employment] options as there are more medium and high-end industries coming to Vietnam,” Li added.

Vietnam had 54.8 million workers aged over 15 – the legal age for employment – in 2017, with 9.3 million employed in the manufacturing sector, according to an official Vietnamese government database.

“The soaring land prices are still affordable, but my clients are really worried about the recruitment of workers,” said Stanley Kung, general manager of Ever Win Service Group, a Taiwanese-run consulting company based in Ho Chi Minh City.

Multiple businessmen told the Post that the average industrial land price in Binh Duong has increased by 80 per cent over three years, to US$120 per square metre (US$11.2 per square foot), forcing more and more industrial parks to be built in lesser developed areas of the country. 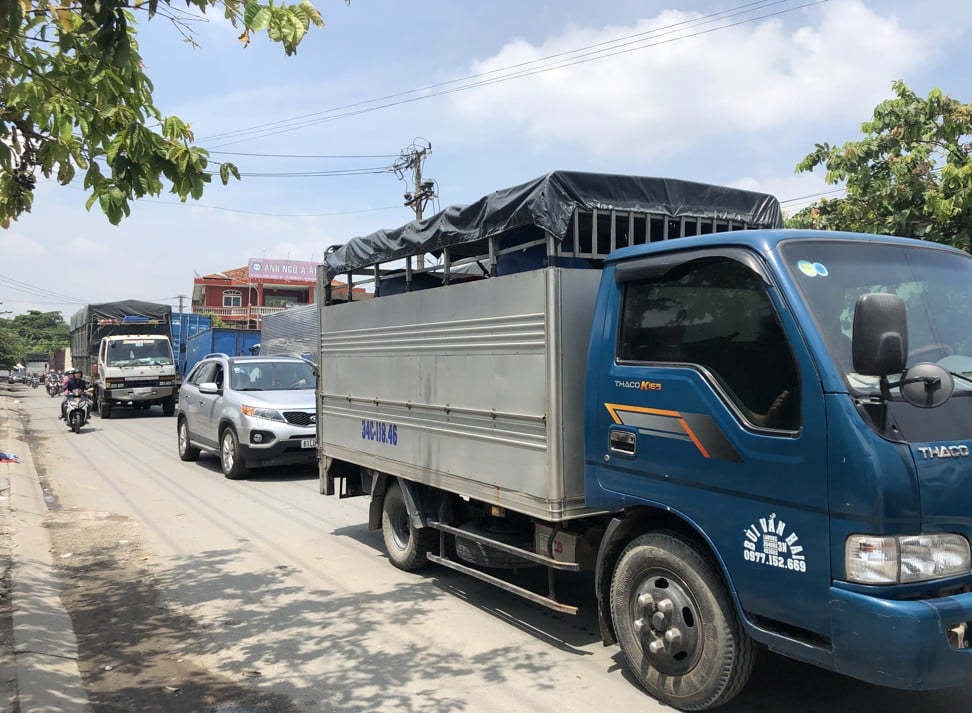 But this then creates another problem, as it is more difficult to find workers in remote areas, away from the capital of Hanoi and the biggest population centre, Ho Chi Minh City.

“What’s worse is that Vietnam has a limited number of skilled workers, and their overall skill level is much lower than [workers] in China. For example, you fill a job with three people in China, [in Vietnam], you probably have to recruit five for the same job,” said Teng Lihao, a Chinese businessman running a construction company in Binh Duong.

Vietnam’s economy grew by 7.1 per cent last year, up from 6.8 per cent in 2017, while it has attracted a plethora of multinational companies, including Intel, Samsung and LG, all of which have made huge investments over more than a decade.

“It is the fact that while some companies have moved their operations to Vietnam, new investors continue to find it more difficult. This is due to the lack of production infrastructure, as well as the quality of raw materials,” said Lam Thanh Ha, senior lecturer at the Diplomatic Academy of Vietnam under the country’s Ministry of Foreign Affairs.

“At present, Vietnam’s supply chain and infrastructure network is only equivalent to China’s status years ago. However, it must be acknowledged that Vietnam has achieved many accomplishments in economic infrastructure development, reflected in its growth rate of over 6 per cent since 2015.”

The Best Place For Online Ebooks.

4 out of 5 people on antidepressant drugs are unaware of the side effects.

Diwali “Festival of the Lights” at the Bankhead Theater.