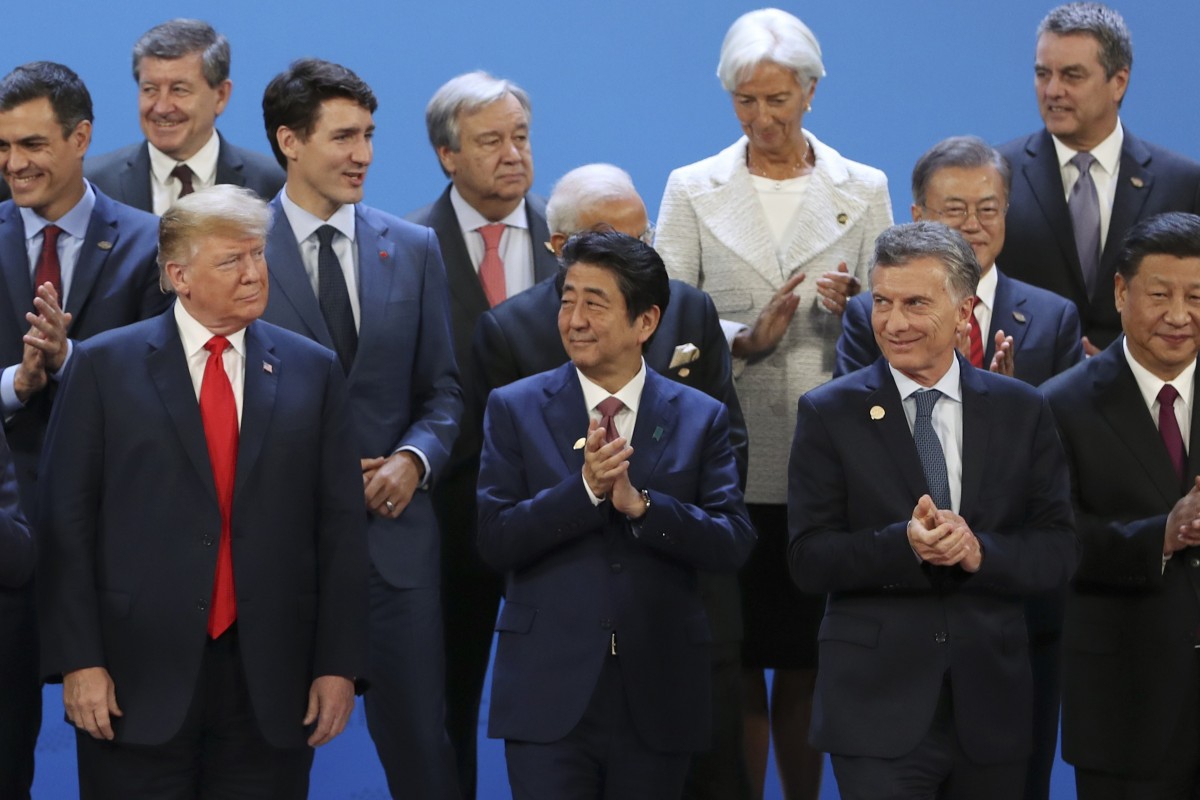 The US and China have tentatively agreed to another truce in their trade war in order to resume talks aimed at resolving the dispute, sources familiar with the situation said.
Details of the agreement are being laid out in press releases in advance of the meeting between Chinese President Xi Jinping and US President Donald Trump at the Group of 20 summit in Osaka, Japan, this weekend, according to three sources – one in Beijing and two in Washington.

Such an agreement would avert the next round of tariffs on an additional US$300 billion of Chinese imports, which if applied would extend punitive tariffs to virtually all the country’s shipments to the United States.

The Trump administration has threatened to slap duties of up to 25 per cent on the remaining untaxed Chinese goods if this weekend’s talks go poorly.
One source with knowledge of the planning said Trump’s decision to delay additional tariffs was Xi’s price for holding the meeting in Osaka.

“The reality, though, is President Trump could always have a change of heart,” the source said. “But the truce cake seems to have been baked.”

Neither the White House nor the Office of the US Trade Representative had any comment on the reports.
Trump reiterated on Wednesday that he was prepared to impose additional tariffs on China if the talks in Osaka failed, but suggested additional duties could start at 10 per cent.

A senior Trump administration official told POLITICO earlier this week that it was possible that tariffs could be delayed but cautioned that “nothing is certain. Absolutely nothing.”
It is unclear whether Trump will give any sort of deadline for the talks to reach an agreement, as he had before. Two sources suggested a deadline of six months, which would put the deadline at the end of the year.
Since the trade war started nearly a year ago, Trump has imposed 25 per cent tariffs on US$250 billion worth of Chinese goods.
A Washington-based source familiar with the talks said that there were “ongoing attempts to coordinate press messaging”, but added that there was no specificity yet regarding decisions on tariffs or timing within that messaging.
The person, speaking on condition of anonymity, said that both sides would be expected to release coordinated press releases following the summit as opposed to one joint statement.

Such a strategy would align with that which followed the two presidents’ last sit-down after a G20 meeting in Buenos Aires in December, which resulted in a three-month pledge to pause further tariff escalation.
The stakes were even higher this time after Trump promised to subject all Chinese imports to new tariffs.
The language of any statements coming out of Saturday’s meeting – whether via a joint communique or separate statements – is certain to be subject to the same level of intense inspection.
After the dinner meeting in Buenos Aires, both sides released their own statements, which, while generally consistent, differed on a number of crucial details, prompting immediate scrutiny among analysts seeking to shed light on the closed-door talks.
Missing from Beijing’s statement, for example, was any mention of the 90-day deadline for both sides to reach a deal before higher US tariffs kicked in. And while the White House statement said China had agreed to immediately restart agricultural purchases, there was no such commitment in the Chinese version.

Things to remember when creating content for online lobbying.

Getting Paid For Starting As An Online Reviewer.